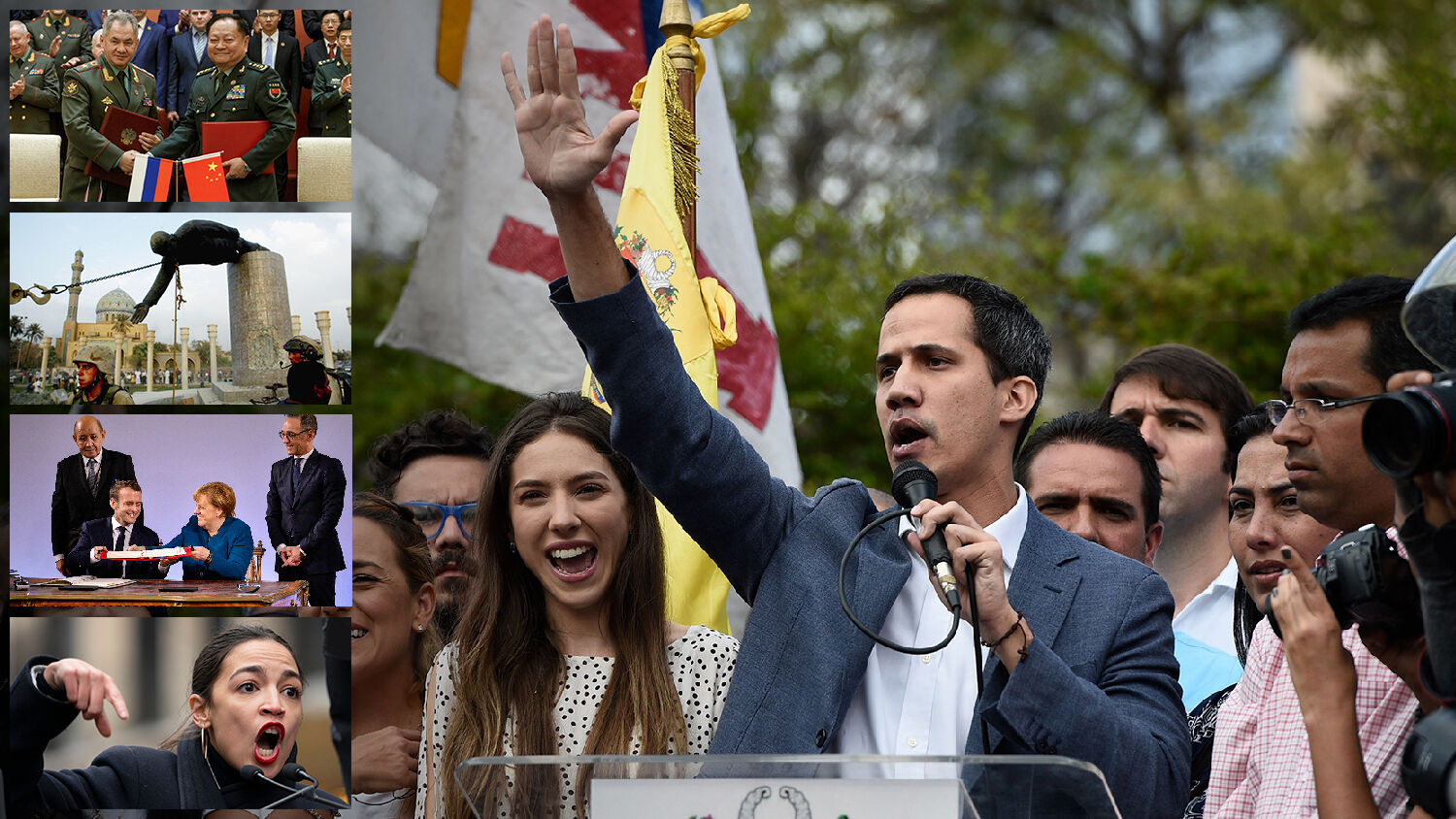 On January 22, French President Emmanuel Macron and German Chancellor Angela Merkel signed the new Treaty of Aachen, which, according to the Times of London, includes “shared defense, foreign and economic policies in an unprecedented ‘twinning’ pact regarded as a prototype for the future of the European Union.”

After signing the treaty, Chancellor Merkel said its provisions will build a “common military culture” between France and Germany and “contribute to the creation of a European army.” President Macron said, “[A]uthoritarian powers are emerging everywhere … let’s build a real European army to protect ourselves and have a real foreign policy.”

This should be a real bombshell to students of Bible prophecy. It is part of the fulfillment of a modern resurrection of the Holy Roman Empire.

“In terms of geostrategic consequences, the war produced profound consequences. At the time of this project’s completion in 2018, an emboldened and expansionist Iran appears to be the only victor.”

That is how a recently released United States Army report summarized the outcome of the Iraq War.

It corroborates what Trumpet editor in chief Gerald Flurry wrote in his June 2003 article “Is Iraq About to Fall to Iran?”: “[T]hough the current U.S. administration is vowing not to allow an Iranian-style theocracy to gain hold in Iraq, there are also signs in the way it is rebuilding the country that show a fundamental lack of political will to see this pledge through. Perhaps it will not be during the term of the current president, but the Bible shows that America will fail to contain Iran the way it hopes to.”

Venezuela now has two competing presidents. One of them is the incumbent President Nicolás Maduro, who was sworn in for a second six-year term on January 10. The other is Juan Guaido, who declared himself the interim president on January 27.

Government officials in the United States, the European Union, Canada, Brazil and 10 other Latin American countries have recognized Guaido as Venezuela’s legitimate leader. But Venezuela’s military still backs Maduro, as do the governments of Cuba, China, Iran and Russia.

Security experts are unsure about how this situation will play out. The Bible, however, gives us a strong indication of Venezuela’s future.

The torrent of news about expanding cooperation between Russia and China continues to increase. And though many experts are concerned about the quickly deepening intimacy between these two revisionist nations, the general consensus remains that a real Russia-China alliance does not exist. But a new analysis says that consensus is wrong.

“[T]he steadfast denials of a military alliance dynamic here are not based on the evidence of arms sales, technology transfer, joint exercises, conventional and nuclear coordination and long-term strategic dialogues,” wrote Stephen Blank, a senior fellow with the American Foreign Policy Council, for Second Line of Defense.

The Trumpet closely watches the deepening ties between Russia and China because the Bible prophesies of an Asian confederation that will form in the end time. This Asian bloc is referred to in Revelation 16:12 as “the kings of the east.” Scriptures show that this bloc will play a major role in a nuclear World War iii.

“We no longer live in a democracy,” historian Niall Ferguson wrote in the Sunday Times. “We live in an ‘emocracy,’ where emotions rather than majorities rule, and feelings matter more than reason. The stronger your feelings—the better you are at working yourself into a fit of indignation—the more influence you have.”

“This is the type of influence we see holding a grip on many people today. This hypnotic influence cannot be explained reasonably,” Trumpet editor in chief Gerald Flurry writes in America Under Attack.

You cannot explain it logically—until you understand the truth about the real, invisible spirit world.