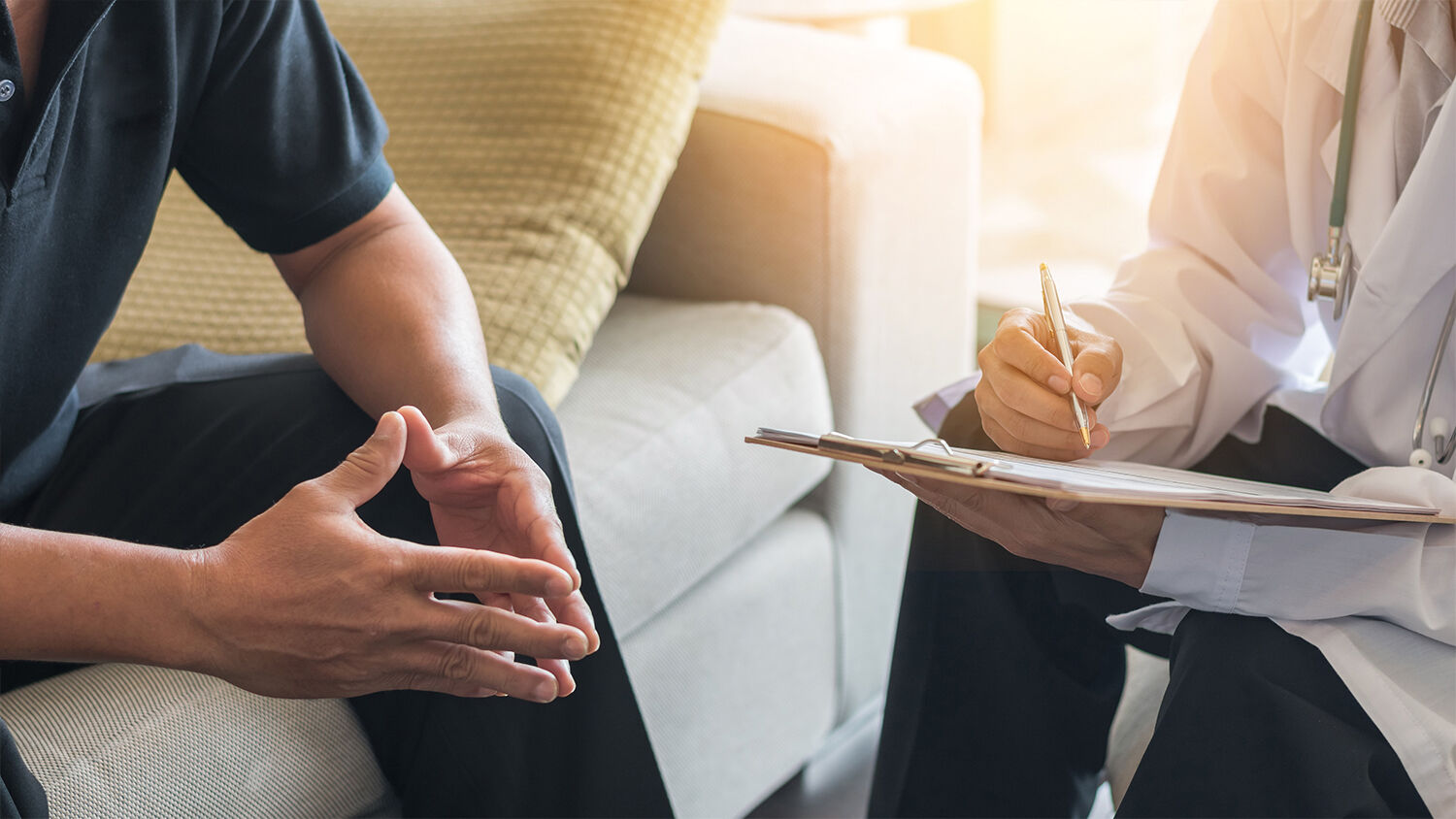 The war on masculinity enters its next phase.

Did you know that it is “psychologically harmful” for men to be masculine? That is the conclusion of a guide published by the American Psychological Association.

Work on the “Guidelines for Psychological Practice With Boys and Men” was started in 2005, and the document was published in 2018.

The guide is founded on the belief that “patriarchy” is a negative cause influence on the world and that “male privilege” hurts everyone, including males. It is also predicated on the belief that one’s biological sex at birth does not automatically determine gender, and that more than two genders exist.

The underpinning reason for the creation of this guide is that “socialization for conforming to traditional masculinity ideology has been shown to limit males’ psychological development, constrain their behavior, result in gender role strain and gender role conflict, … and negatively influence mental health and physical health.”

No matter what a person’s disposition to this subject, it is easy to see the intent behind this guide—it is a declaration of war against traditional masculinity!

This is not the first time that men or the man’s role have come under attack.

As senior editor Joel Hilliker wrote in his article “Wanted: Real Men,” in the December 2003 issue of the Trumpet, “There is no question that the last few generations have done much to tear down conventional concepts of masculinity and femininity. The drive for equality, for a blurring of distinctions between men and women, has been fierce, and largely successful. Witness the emergence of “metrosexuals,” men who are apparently so comfortable with their masculinity they are not ashamed to shop and primp like women, as they increasingly enjoy the media spotlight. At the same time, women are outnumbering men on college campuses 4 to 3 and battling to prove their capabilities in all fields, even the military. Within families and in society, traditional roles of men and women have been broadly trounced.”

It is no wonder that men are 3.5 times more likely than women to commit suicide, that boys are struggling in school compared to their female counterparts, that they are more often diagnosed with mental disorders such as Attention Deficit/Hyperactivity Disorder. Those who profess that they want to help boys and men, yet say masculinity is the problem, are actually fighting against the very nature created within them and designed to help them achieve success! They are breaking down the natural role—the “gender role”—that men have been created to fulfill.

[A]s we survey a culture that is rapidly attempting to enforce norms hostile to traditional masculinity, are men flourishing? And if men are struggling more the farther we move from those traditional norms, is the answer to continue denying and suppressing a boy’s essential nature? Male children are falling behind in school not because schools indulge their risk-taking and adventurousness but often because they relentlessly suppress boys and sometimes punish boys’ essential nature, from the opening bell to the close of the day. Especially in fatherless homes, female-dominated elementary-school experiences often mean that boys are exposed to few—if any—male role models, and male restlessness is therefore viewed almost entirely as a problem to be solved rather than a potential asset to be shaped.

It is interesting that in a world that otherwise teaches boys and girls to “be yourself,” that rule often applies to everyone but the “traditional” male who has traditional male impulses and characteristics. Then, they’re a problem. Then, they’re often deemed toxic. Combine this reality with a new economy that doesn’t naturally favor physical strength and physical courage to the same extent, and it’s easy to see how men struggle.

There is a war being waged against masculinity, and the apa “Guidelines for Psychological Practice With Boys and Men” is a battle plan for the next chapter in this fight.

The very first guideline mentioned in the document that psychologists are meant to recognize when dealing with boys and men is that “masculinities are constructed based on social, cultural and contextual norms.” In other words, “traditional masculinity,” which the guide defines as “anti-femininity, achievement, eschewal of the appearance of weakness, and adventure, risk and violence,” as a manly trait is nothing more than a man-made construct.

The fact is, many of the qualities the guide draws attention to are good. Men who have them are praised by God in the Bible. Of course, there is nothing good about violence, especially when directed toward the weak. The other qualities, however—achievement, strength, adventure and risk—are all positive traits that help men succeed! Not only that, but these traits help men provide for and protect those who need protection and care.

The Trumpet has been watching this trend for years. It is part of the prophesied moral decline in Britain and America.

In Isaiah 3, God prophesies that He will take away from Jerusalem and Judah “the mighty man, and the man of war, … the captain of fifty, and the honourable man” (verses 1-3). (Jerusalem refers to the modern-day nations of ancient Israel—the United States and Britain—and Judah refers to the Jewish state in the Middle East. You can read our free book The United States and Britain in Prophecy for proof.)

Verses 4 and 12 state that once the strong male leaders are taken from society, our nations will be ruled over and oppressed by children and women. When you have a (seemingly) respectable organization like the apa calling for the suppression of masculinity, doesn’t this undeniably fit Isaiah’s prophecy?

But that’s not all. Isaiah 3:9 continues: “The shew of their countenance doth witness against them; and they declare their sin as Sodom, they hide it not. Woe unto their soul! for they have rewarded evil unto themselves.” God utterly destroyed Sodom and Gomorrah, ancient cities that were known for their materialism and, most of all, their sexual perversion! Today, our society celebrates homosexuality, transgenderism, non-binary genderism, and so many other perversions. Academia attacks those who chide “gender nonconformists.” We promote promiscuity.

Is that not declaring our sins as Sodom?

What we see in society is an exact fulfillment of Isaiah 3! And the very fact that this prophecy is being fulfilled should give us hope, because it is leading to the ultimate fulfillment of a very great and hope-filled future!

When God created man, He created us with two separate sexes, two distinct genders: male and female (Genesis 1:27). And He created those genders to be different from each other. Men are physically taller, stronger, more capable of being the provider and protector, more capable of enduring harsh working conditions. Women are the weaker vessel (1 Peter 3:7, first part), but better suited emotionally and with the innate desire to be caretaker for children. Men and women have different, but complementary roles. One is incomplete without the other!

Why did God create mankind this way? What should a man be like, in the modern world of #MeToo? Our free booklet Biblical Manhood begins:

What does it mean to be a man? In a society of same-sex “marriages” and transgender bathrooms, the answer to this question has never been more confusing. This generation has challenged, castigated and changed virtually everything that has defined manhood throughout human history. Biblical Manhood gets back to the basics. It seeks guidance from the Creator of masculinity as revealed in his Instruction Book. It provides detailed, practical direction on how to fulfill seven God-given roles for men:
• Man of God • Leader • Provider • Protector • Husband • Father • Builder

It also includes short biographies of men in the Bible who exemplified these roles.

In a world of ambiguity, this book gives clarity. In a society overflowing with questions, this book supplies answers. It relies on the ultimate Source in pursuit of an enduring, reliable, rock-solid definition of what it means to be a man.

This is the instruction men really need today to live happy lives. Download the free e-book and read the life-changing advice available in Biblical Manhood.