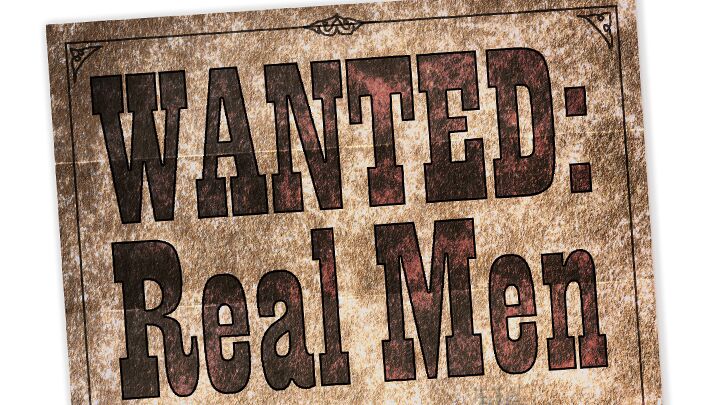 Mr. Universe. The Terminator. Governor of California. When bodybuilder-turned-actor Arnold Schwarzenegger triumphed in the race for California state governor this fall, he sparked debate in some circles: What’s the charm in machismo?

There is no question that the last few generations have done much to tear down conventional concepts of masculinity and femininity. The drive for equality, for a blurring of distinctions between men and women, has been fierce, and largely successful. Witness the emergence of “metrosexuals,” men who are apparently so comfortable with their masculinity they are not ashamed to shop and primp like women, as they increasingly enjoy the media spotlight. At the same time, women are outnumbering men on college campuses four to three and battling to prove their capabilities in all fields, even the military. Within families and in society, traditional roles of men and women have been broadly trounced.

Yet, even at a time when feminizing the male image has become chic, there seems to be a lingering, almost anachronistic refusal to let go of certain superficial aspects of maleness and femaleness.

Within mainstream culture—which sadly now includes pornography—the persona of the dependent, highly sexualized and very shapely woman has stubbornly thrived. And, at the same time, the appeal of the swaggering, chiseled, macho male leader still seems to hold people spellbound. Even the American president and members of his administration have been extolled in the pages of such publications as American Enterprise, National Review and the Wall Street Journal for their he-man sex appeal.

But does this backlash really represent a return to true masculinity? Do we even know what it is?

Between Macho and Metro

Back up 150 years or more, before current conveniences had removed most vigorous physical labor, to when hunting wasn’t a sport but the equivalent of a grocery-store run, and life required toughness, stamina, muscle. Naturally, the more strenuous work went to the folks who were taller, heavier and stronger—that is, men. Division of labor between the sexes simply made sense. There was no need for an identity crisis.

An unprecedented surge in wealth and luxury (much of it through debt) has gradually wiped out those innate role divisions and made possible a massive social restructuring. Tossing out the complementarity of roles, more and more women have sought to compete with men on their own turf. Inborn differences between men and women seem less consequential while wrestling with ideas rather than with grizzly bears and other natural elements.

So—what is the result?

An August 10 Baltimore Sun article detailed the transformation of the typical television male from the authoritative, hard-working father figure of 50 years ago. “Now prime-time males face an especially acute identity crisis: In comedies and sitcoms, dramas and reality shows, they’re seeking counseling, getting in touch with their feelings, popping Prozac and hot-waxing their backs.” Especially interesting was a statement in the article by an entertainment watchdog: While acknowledging the feminization of men in the media, he said that “It is important to point out that we still have shows like Everybody Loves Raymond (cbs),The King of Queens(cbs), My Wife and Kids (abc) and The World According to Jim (abc). So, in terms of sitcoms at least, there is still a large representation of the more traditional straight, married man.”

This “more traditional” man is hardly a model of masculinity: He is the subject of scorn by a bossy wife, and his most outstanding features are his boyish bad judgment and weak character. He is only “more traditional” because he has increasingly been the standard portrayal of men since Dagwood stumbled into the comics page in 1930.

On the flip side, in angry response to the rise of the soft man, has come a ridiculous assertion of maleness seen in the likes of Comedy Central’s The Man Show—a hormonal celebration of adolescent chauvinism and unapologetic insensitivity.

For today’s male, wedged awkwardly between macho and metro, what does it mean to be a real man?

Society cries out for masculinity of substance: Strong character, exemplary behavior, empathetic yet decisive leadership. As the president’s approval ratings and Schwarzenegger’s victory suggest, deep down we yearn for men with spine.

What is God’s opinion on this subject?

Great confusion about sex roles is rife even within religion. On one extreme are religionists—mostly within the Western nations—who won’t even acknowledge differences between men and women, and on the other are those who impose tyrannical, humanly devised strictures on women that squelch understanding and spiritual growth.

Believe it or not, this confusion over gender roles was prophesied, in your Bible, thousands of years ago. The net effect of the confusion is a disturbing loss of genuine masculine leadership in Western society!

Notice Isaiah’s prophecy: “For, behold, the Lord, the Lord of hosts, doth take away from Jerusalem and from Judah [biblical language for the modern descendants of Israel, including America and Britain] … The mighty man, and the man of war, the judge, and the prophet, and the prudent, and the ancient, The captain of fifty, and the honourable man, and the counseller, and the cunning artificer, and the eloquent orator” (Isa. 3:1-3). On the whole, that strong male leadership is gone—and its absence is a curse on these nations!

When strong men are not there to lead, something fills the void. Isaiah foretold that in place of these men, women and children would be ruling (vv. 4-5, 12).

Some people look at the current state of affairs in Western nations and say that while perhaps women’s rights have improved, there is more work to be done to achieve more equality for women. God says the opposite! He says women and children are already leading society. It only requires removing the blinders of political correctness to recognize that assessment as true.

The Bible clearly states that God created humankind male and female (Gen. 1:26-27). This was not an arbitrary decision. It was done with definite purpose.

How many understand that purpose—even those who claim to get their religion from the Bible? Can they explain Genesis 1:27? Why did God even create the sexes? And even more—why create us biologically to need to come together, man and woman, in order to reproduce?

The fact is, God is the source of everything that makes men men and women women. He designed the differences in physique, in emotions, in intellectual and psychological composition. He is the author of masculinity and femininity.

Piece all of the observable and scriptural evidence together, and you can see unmistakably that God created these differences—physical, mental, emotional—to establish order and structure, especially within the family. “But I would have you know, that the head of every man is Christ; and the head of the woman is the man; and the head of Christ is God” (i Cor. 11:3). Non-Bible believers scoff at that scripture. “Christians” who don’t like it find ways to make it mean something else. But godly men and women see simple logic and beauty in it.

This is getting at the heart of true masculinity and true femininity.

For the sake of order and organization, God created men to fulfill one role within the family and within society, and created women to fill a different and beautifully complementary role.

This is the reality revealed by the Creator of humankind—and it is a vital key to success, largely ignored in this confused world! A proper understanding and wholehearted embracing of the God-ordained roles for men and women brings satisfaction in your job and fulfillment in all your most important relationships—friends, dating, marriage, family. It brings peace to your home, and success to your dealings with members of the opposite sex.

Everybody wants those things—but because of the intense assault on this God-given reality, few are willing to hear the truth about what makes them possible.

Today, it appears people are responding to leaders who demonstrate a certain amount of masculinity. But is real masculinity measured by muscle, or sex appeal, or hormone levels? In God’s eyes, no. True masculinity is the evidence in thought, speech and action of a man embracing God’s role for men.

At the same time, true femininity is the evidence in thought, speech and action of a woman embracing God’s role for women.

What are those roles?

Are you willing to honestly evaluate yourself, and your own attitudes? Are you willing to discard wrong ideas that lead only to frustration? Are you willing to accept truth, even when it hurts? One stuck in a dark cave will, upon being freed and emerging into the radiant sunlight, squint and shield his eyes in pain. It’s not easy stepping into bright light. Nevertheless, “God is light, and in him is no darkness at all” (read i John 1:4-9).

If you want to come to a better understanding of God’s awesome role for men, write for our article “Honor Your Father,” or link to it online at www.thetrumpet.com within the text of this article.