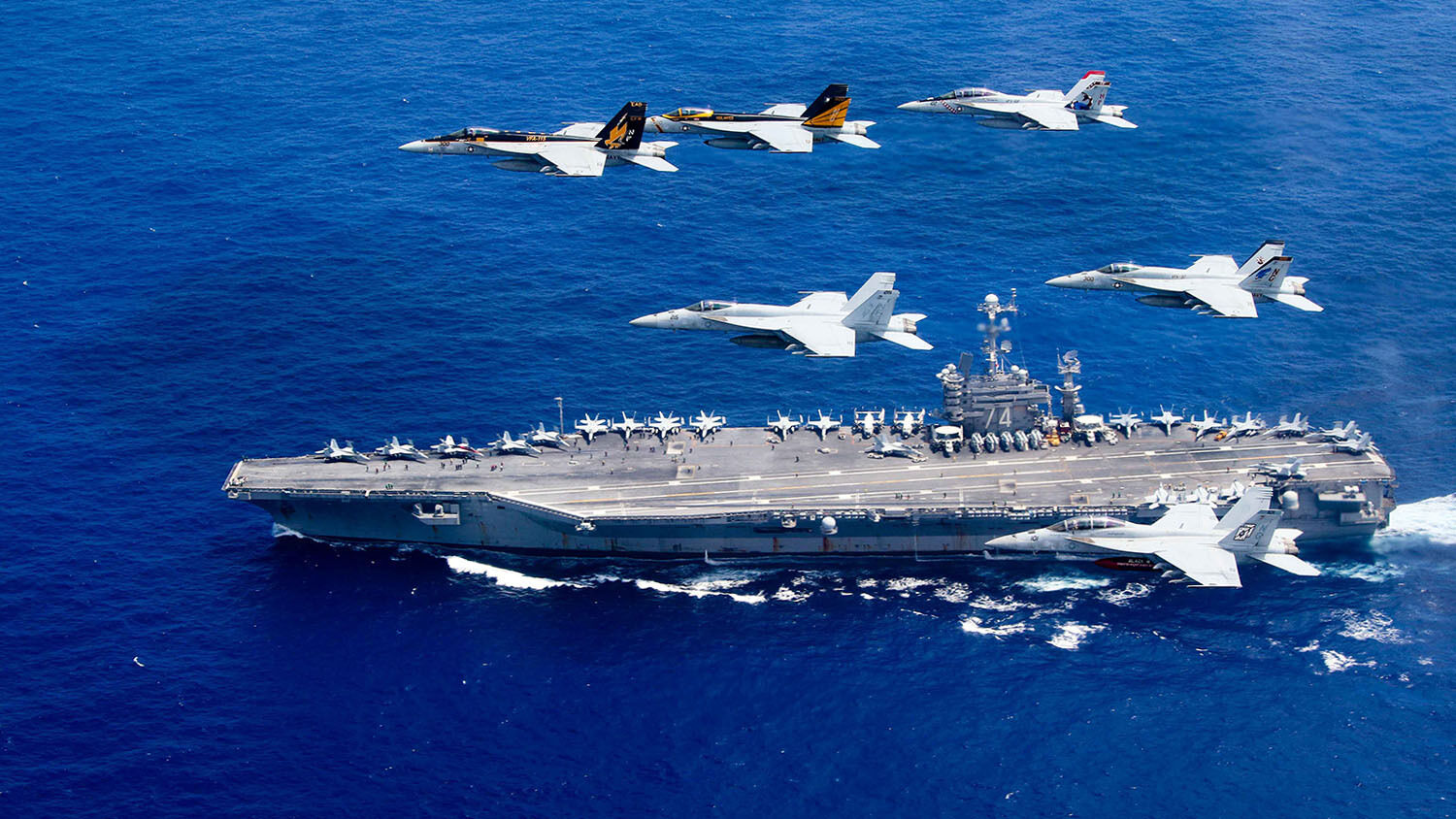 The United States has lost credibility among its Asian allies, and its adversaries have become bold.

Chinese Rear Adm. Luo Yuan threatened to sink American aircraft carriers in a fiery speech on December 20 in Shenzhen, China. The admiral sharply criticized American naval operations in the South China Sea and around Taiwan. His comments not only show an emboldened China but a growing crisis for America and its allies in the Pacific.

Luo, a military academic, identified five areas in which China could attack the United States: its military, its economy, its talent base, its politics, and its fear of adversaries. Then he proposed this:

Col. Dai Xu, president of the Institute of Marine Safety and Cooperation, and a Chinese air force colonel commandant, made a similar condemnation of American naval activity. “If the U.S. warships break into Chinese waters again, I suggest that two warships should be sent: one to stop it, and another one to ram it …. In our territorial waters, we won’t allow U.S. warships to create disturbance.”

“Luo, who has a history of bellicose statements, is nonetheless seen as reflecting thinking in the senior ranks,” wrote Gordon Chang in the National Interest. Although the officers making these statements are mostly in noncombat roles and are mouthpieces for the Chinese Communist Party, ordinary citizens are subscribing to the same point of view. As a case in point, one of the bestselling books in China right now is a collection of Mao Zedong’s speeches from 1938. “At a time Chinese state media is full of venom for the United States, the current popularity of Mao’s message is a warning,” wrote Chang. “It is possible Chinese leadership figures are talking war as a way to prevail in factional infighting.”

Chinese opinion on Taiwan is the same story.

“If the U.S. naval fleet dares to stop in Taiwan, it is time for the People’s Liberation Army to deploy troops to promote national unity on the island,” said Lou. “National unity” is a reference to Communist China invading and forcibly annexing Taiwan, which is a republic. He went on to say:

Achieving China’s complete unity is a necessary requirement. The achievement of the past 40 years of reform and opening-up has given us the capability and confidence to safeguard our sovereignty. Those who are trying to stir up trouble in the South China Sea and Taiwan should be careful about their future.

Chinese President Xi Jinping has called Taiwan’s independence “an adverse current from history and a dead end,” and has said that the island nation “must and will be” annexed to mainland China.

This aligns exactly with what the Trumpet has written since the turn of the century. Taiwan relies heavily on support from another republic: the United States of America. But that support has wavered. If China finally does invade, many Taiwanese doubt the U.S. will take strong enough action to save its fellow democracy. China is using this fear to push Taiwan into a corner—either warm up to China or face Chinese aggression. Trumpet editor in chief Gerald Flurry explained this in his article “Taiwan Betrayal”:

The people of Taiwan fear for their future. They feel betrayed. Lee Kue-Hsiung, deputy director of the Institute of International Relations in Taipei, said this: “For a long time, U.S. support has been vital to the psychological security of the people of this island. Now, I think a lot of people will feel threatened about the future security of Taiwan.” …

Recent elections in Taiwan prove that China is using its power and America’s weakness to strike fear in the island nation. The strategy is working. Clearly, America is not doing enough to reassure Taiwan.

What do both Taiwan and the South China Sea have in common? They showcase America’s declining control over the world’s maritime trade routes.

How did America come to control maritime routes as distant as the South China Sea and Taiwan? Why is it now losing control of these sea-gates? And what are the consequences of such a loss? Bible prophecy provides the answers.

Bible prophecy is the foundation of the Trumpet’s analysis. A passage in Deuteronomy 28 details the results of a nation forsaking God. Mr. Flurry explained how this applies to the United States and its losses in the Pacific, in his article “China Is Steering the World Toward War.”

This warning is not just for an ancient nation. It is a prophecy for the modern-day descendants of Israel! Two nations in particular represent Israel in this end time: America and Britain.

The time is coming when America will fully lose control of its sea-gates and Taiwan will become part of China. The prophecies in your Bible clearly show that these are end-time events, relevant to the time we are living in today. That means there is a wonderful, hope-filled event just around the corner: the return of Jesus Christ. To read more about how China’s rise and America’s loss of sea-gates fit in with Bible prophecy, and about the brighter future that awaits after America’s punishment is complete, request your free copy of Russia and China in Prophecy.