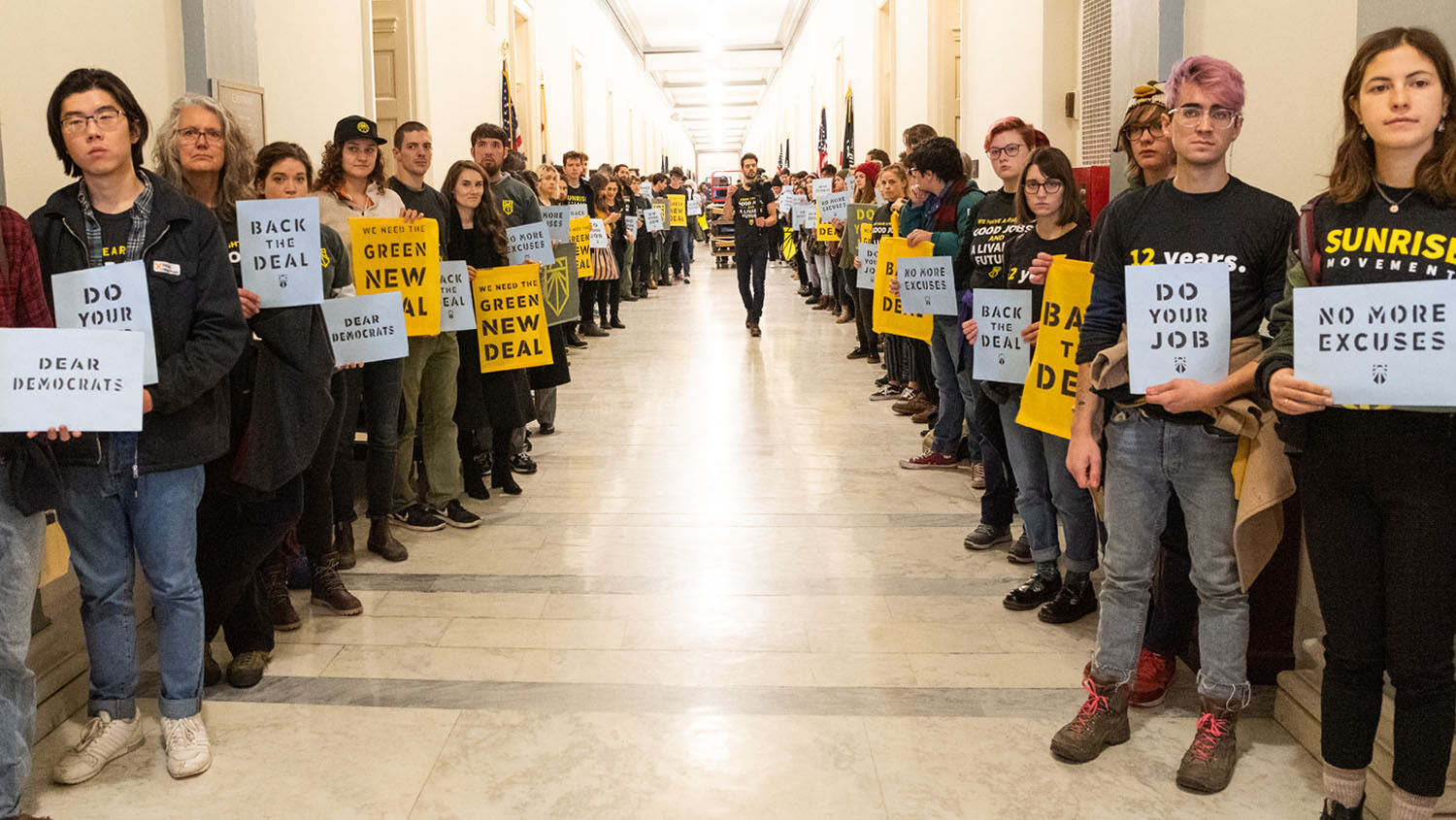 The Green New Deal is not really about protecting the environment.

The Democratic Party campaign to defeat United States President Donald Trump in the 2020 U.S. presidential election kicked into high gear on December 31 when Democratic Sen. Elizabeth Warren announced her decision to run for the nation’s highest office. But the battle lines of this campaign were drawn almost a month earlier. On December 3, Democratic Rep. Alexandria Ocasio-Cortez spoke at a town hall led by Democratic Sen. Bernie Sanders, declaring her intention to fight for a “Green New Deal.”

This Green New Deal already has the support of more than 40 Democratic lawmakers, despite being vague on details. It takes its name partly from President Franklin Roosevelt’s New Deal of the 1930s. Its alleged purpose is to fight global warming by eliminating fossil-fuel-powered electricity, closing every coal and natural gas power plant in the nation, and transitioning the U.S. economy to 100 percent renewable energy by 2030.

“This is going to be the New Deal, the Great Society, the moon shot, the civil-rights movement of our generation,” the 29-year-old champion congresswoman declared.

To accomplish this colossal task, Ocasio-Cortez suggested a jobs creation program that would “virtually eliminate poverty” by guaranteeing “a living wage job to every person who wants one.” The current draft of this plan calls for specific policy recommendations to be released by January 2020 in hopes that progressive presidential candidates will adopt this program as a centerpiece of their platform.

Since the deal lacks specifics, its ultimate cost is hard to gauge. But a 2010 study by the conservative Heritage Foundation found that moving the U.S. to a 100 percent renewable electric grid could cost over $5 trillion. And since renewable electricity generation relies on fossil fuel power backup when the wind isn’t blowing and the sun isn’t shining, there is currently no technology available that would allow the U.S. to completely switch over to 100 percent renewable energy generation without massive economic repercussions.

The goal of switching to renewable energy sources is noble, but using the power of the government to accomplish this process by 2030 would devastate the economy and enable the largest expansion of government in U.S. history. Ocasio-Cortez says her Green New Deal legislation should include a universal health-care program and a government guarantee of “a living wage job to every person who wants one.”

In short: The Green New Deal would transform America into a Venezuela-style socialist state by nationalizing the energy industry and the health-care industry in the name of environmentalism.

“Climate change has become something like a religion for the radical left,” he wrote. “They believe it as an article of faith regardless of the evidence. It is a tool they are using to increase their control. … The weaker America is, the more vulnerable it becomes to being controlled. That is exactly what the radical left wants. It is using the issue of the environment in order to get it. The Obama administration didn’t want to get climate change under control; it wanted to get America under its control! Proponents of deals like this want to control the world.”

Mr. Flurry then pointed out that this type of thinking is actually very satanic. Mankind should be good stewards of this beautiful planet, but there is an evil spirit behind this effort to control and weaken America. (Request a free copy of Mr. Flurry’s booklet America Under Attack, which explains this little-understood reality.)

Ocasio-Cortez is a self-described socialist who has been hailed as “the future” of the Democratic Party by Democratic National Committee chairman Tom Perez. Fifty-seven percent of Democrats now say they have a favorable view of socialism, so ideas like the Green New Deal are gaining in popularity. Such legislation is packaged in language about protecting the environment and ending poverty, but it is really leading the U.S. toward anarchy.

Although few people know it, the Bible shows that the modern descendants of ancient Israel include the United States. (This truth is expounded on in Herbert W. Armstrong’s book The United States and Britain in Prophecy.)

Isaiah wrote that these end-time Israelites would become sick in their reasoning and faint in their hearts. “Ah sinful nation, a people laden with iniquity, a seed of evildoers, children that are corrupters: they have forsaken the Lord, they have provoked the Holy One of Israel unto anger, they are gone away backward. Why should ye be stricken any more? Ye will revolt more and more: the whole head is sick, and the whole heart faint. From the sole of the foot even unto the head there is no soundness in it; but wounds, and bruises, and putrifying sores: they have not been closed, neither bound up, neither mollified with ointment. Your country is desolate, your cities are burned with fire: your land, strangers devour it in your presence, and it is desolate, as overthrown by strangers” (Isaiah 1:4-7).

This is a prophecy about America being laid desolate by civil war. How could the most powerful and prosperous nation in human history fall into such a terrible fate?

Today, socialism is gathering strength. What people don’t understand about “democratic socialism” is that its aim of socialism in the United States is to overthrow its constitutional form of government—by violence if necessary.

Socialists often downplay this, but the proposed Green New Deal is not really about protecting America; it is about destroying America’s constitutional system of government. How widespread and violent will this destructive movement get? The history of socialism—and Bible prophecy—provide the chilling answer.

To learn more about how prophecies from Isaiah and other biblical books apply to America, read “Communism in America Today,” by Gerald Flurry.