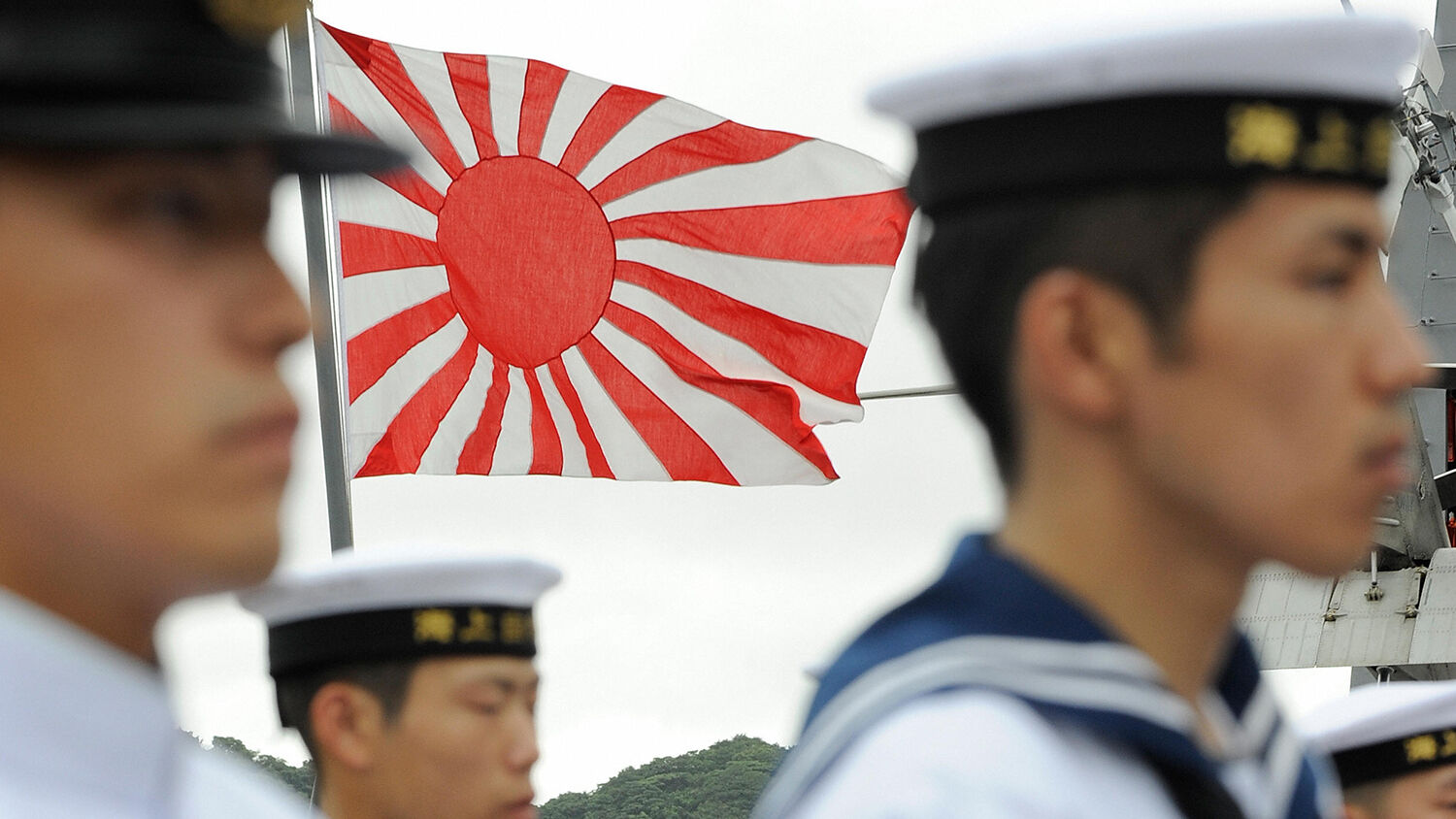 A navy flag flies behind sailors of Japan’s Maritime Self-Defence Force standing to attention to see off the destroyer Harusame.
TORU YAMANAKA/AFP/Getty Images

China and Japan enter a new era of cooperation.

Japan is considering sending its warships to the Chinese fleet review in Qingdao, China, on April 23, as the two countries look to deepen military and diplomatic ties. Participation in the fleet review would be one of many moves taken to increase cooperation between the two countries under the mechanism agreement that went into operation in June 2018.

A fleet review is a naval event during which ships from a particular navy are showcased in front of the nation’s leader or representative. Fleet reviews are generally intended to demonstrate a nation’s naval capacity.

If Japan decides to send warships to China’s fleet review, it will mark the nation’s first naval deployment to China since 2011. The day of the review coincides with the 70th anniversary of the founding of China’s navy. Japan is expected to attend the parade on this occasion, which would be another sign of warming relations between the two countries.

Japanese Prime Minister Shinzō Abe and Chinese President Xi Jinping have agreed to revive mutual naval visits. From 2007 to 2011, the Japanese and Chinese navies conducted joint naval exercises. These drills stopped when Japan nationalized the Senkaku Islands (called Diaoyu Islands by the Chinese) in 2012, straining bilateral ties. Japan is now considering inviting Chinese warships to its own fleet review in the coming autumn to further boost military cooperation with China.

China and Japan held their first annual talks on December 26. Under the maritime and aerial communication mechanism agreed upon in June, the nations have agreed to establish a code of conduct for their navies to prevent future conflicts. The communication mechanism “will help the defense departments of the two countries enhance mutual understanding, strengthen mutual trust, avoid misapprehension and misjudgment, and uphold peace and stability in the region,” said Hua Chunying, China’s Foreign Ministry spokesperson.

2018 saw many breakthroughs in China-Japan relations. In May, Xi called Abe on the phone for the first time. A few weeks later, Premier Li Keqiang made an official visit to Japan, eight years after the last visit by a Chinese Premier. In October, Abe visited China and met with Xi in what was viewed as a “historic turning point” in the countries’ bilateral relations. Xi told Abe that he would “seriously” consider visiting Japan in 2019, which would mark the president’s first visit in 11 years. These diplomatic exchanges have led to a normalization of relations between China and Japan, resulting in Japan’s possible participation in China’s fleet review in April.

Many uncertainties still remain in the China-Japan relationship. But according to Bible prophecy, an alliance between China and other Asian nations, including Japan, will form in the coming years. Our booklet Russia and China in Prophecy states:

Russia, China and Japan will likely combine in Asian alliances, with the ultimate intention of forcing the U.S. out of the Russian “sphere of influence” and out of the Western Pacific. Then, as has been the strategy of the EU, Asian political and economic cooperation will ultimately progress to a military and security alliance.

Ezekiel 38 prophesies that a massive bloc of Asian nations, led primarily by Russia and secondarily by China, will form during the end time. The book of Revelation calls this Asian bloc “the kings of the east” (Revelation 16:12). In Ezekiel 38:6, Japan enters the picture. It reads, “Gomer, and all his bands; the house of Togarmah of the north quarters, and all his bands: and many people with thee.”

“Gomer fathered the Japanese people,” Russia and China in Prophecy states. “Togarmah also factored into the ancestry of Japan and some of these other nations.”

This indicates that Japan will be part of the biblically prophesied “kings of the east” alliance. With Japan’s thriving economy and growing military power, and China’s outreach to Japan, the China-Japan alliance will form very soon.

To understand why China and Japan are certain to join the biblically prophesied “kings of the east” alliance, please request your free copy of Russia and China in Prophecy. This booklet explains the pivotal roles China and Japan will play in the near future. It explains in detail how a Russia-China alliance, which includes Japan, will affect the world. It provides a thorough understanding of how Bible prophecy forecasts the rise of the kings of the east alliance and how it will lead to Jesus Christ’s return. This booklet will also give you tremendous hope!