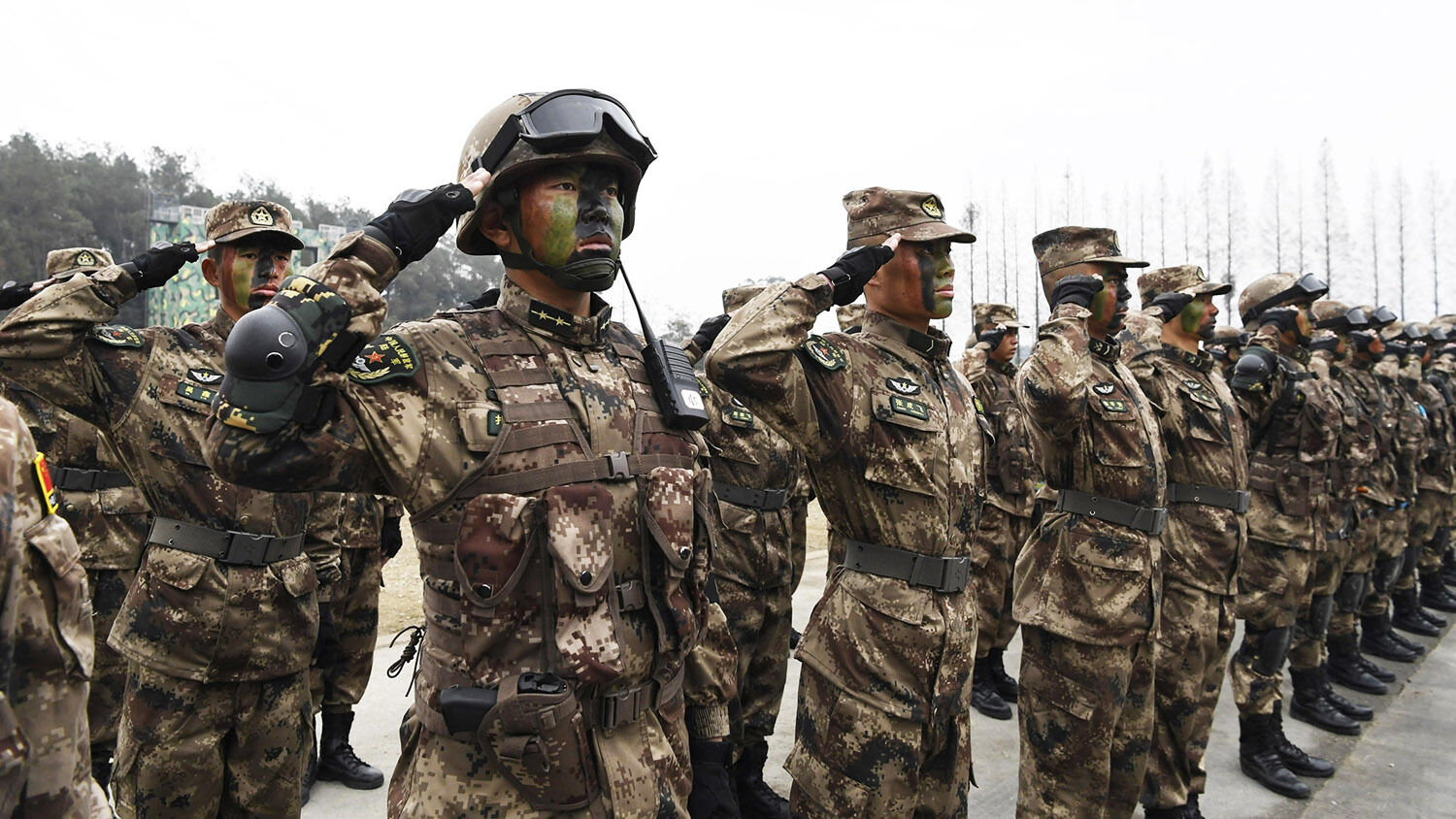 China and India held another joint anti-terrorism drill in Chengdu, China, from December 11 to 22. The drills signify improving China-India relations.

The “Hand-in-Hand” annual exercise began 11 years ago and are aimed at improving military cooperation between China and India, particularly in the area of counterterrorism. The drills were canceled last year after China and India engaged in a military standoff at Doklam as China was building a road in a disputed border area.

But relations have improved, and this year’s drill ran as scheduled. More than 200 troops from both countries were mixed into two teams. The teams participated in counterterrorism drills that included crossing obstacles, demolition, rescuing hostages, and live fire in an urban environment. The soldiers also shared rooms and ate at the same tables to encourage camaraderie between the two militaries.

“This has been the seventh ‘Hand-in-Hand’ joint training since 2007, upgrading the communication between the two armies to a higher level. It demonstrates the firm determination, as well as the good will, of the two countries to jointly safeguard regional peace and stability,” Maj. Gen. Li Shizhong, a senior Chinese military official, said at the closing ceremony. “The aim of the ‘Hand-in-Hand’ exercises is to build closer relations between the militaries of India and China,” the Indian Embassy posted on social media.

China and India have a history of border conflicts. War broke out in 1962 when China attacked India to secure its Tibetan border. The relationship has remained tense ever since, with India hindering China’s Belt and Road Initiative, China increasing its military presence in the Indian Ocean, and frequent border skirmishes between the nations.

But there are also significant signs of China and India laying aside their differences. In April, Indian Prime Minister Narendra Modi and Chinese President Xi Jinping met at Wuhan, China, to reset relations. On the sidelines of the G-20 summit in December, both leaders agreed that there had been a “perceptible improvement” in bilateral relations since the Wuhan summit. The 2018 “Hand-in-Hand” drills are the latest example of this. This trend suggests that China-India bilateral cooperation will move forward. With Bible prophecy added to the equation, the China-India alliance becomes extremely likely.

Trumpet editor in chief Gerald Flurry has said that India will very likely join China and Russia in an Asian alliance during the end time. Mr. Flurry’s analysis is based on specific end-time prophecies. Ezekiel 38 shows that a massive bloc of Asian nations, led primarily by Russia and secondarily by China, will form during the end time. The Bible calls this massive Asian bloc “the kings of the east” (Revelation 16:12). Ezekiel 38:5 says, “Persia, Ethiopia, and Libya with them; all of them with shield and helmet.” In his booklet The Prophesied ‘Prince of Russia,’ Mr. Flurry writes:

Ezekiel’s prophecy says the Russian-led army will include “Persia, Ethiopia, and Libya ….” Ethiopia and Libya should be translated “Cush” and “Phut.” Some of Cush and Phut migrated to African nations, but the rest settled in parts of India. The context of this passage shows that it refers to modern-day Indians (and perhaps Pakistanis) rather than Africans.

Scriptures also say that this massive Asian bloc will play a pivotal role in the Great Tribulation, an end-time period of unparalleled war and suffering. Revelation 9:16 says that this Asian alliance will field an army of 200 million men. Mr. Flurry continues:

With China reaching out to India, and Russia being a close ally, it is not hard to imagine India contributing its huge population, industrial and economic capacity, and military power to an alliance led by Russia and China.

To understand India’s role in end-time Bible prophecy, please request your free copies of Russia and China in Prophecy and The Prophesied ‘Prince of Russia.’ These booklets show what is ahead for India, China and the rest of the world and will provide more details about “the kings of the east” alliance. These booklets will provide a Bible-based understanding of geopolitics that nobody else has.