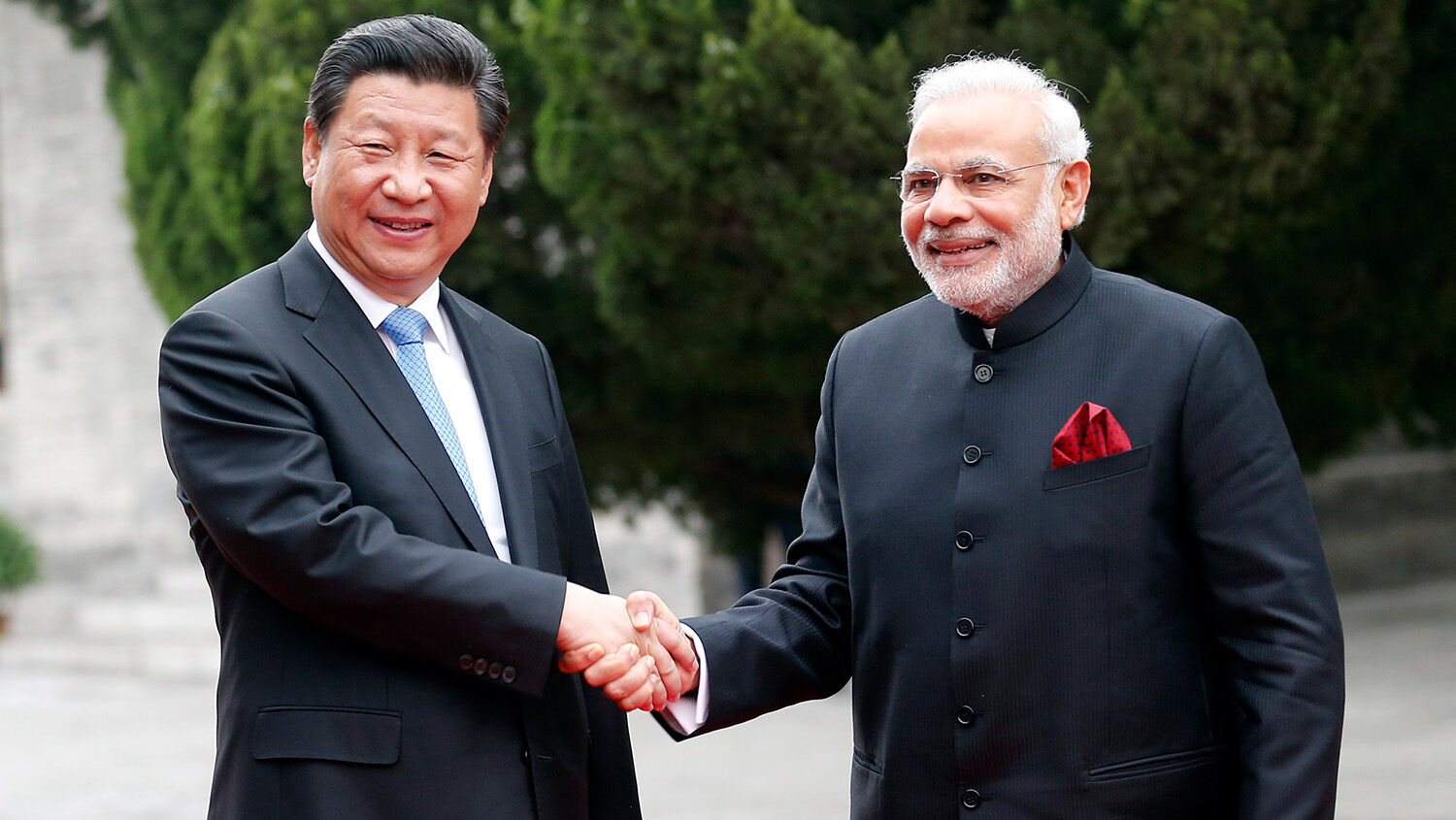 Today’s meeting between Xi Jinping and Narendra Modi could bring the world’s two most populated countries much closer together.

Indian Prime Minister Narendra Modi will meet Chinese President Xi Jinping in Wuhan, China, on April 27 and 28 for a visit expected to reset relations between the world’s two most populous nations. Such a reset could be a geopolitical game-changer, reversing India’s current alignment with the United States.

Xi and Modi—who together lead 40 percent of the global population—share the view that the 21st century belongs to Asia. Both understand that for this vision to be realized, Beijing and New Delhi will need to normalize relations and collaborate on numerous matters.

Optimism abounds on both sides that the historic one-on-one meeting will create space for such cooperation.

Both leaders are deeply and personally invested in the goal, as evidenced by their decision to keep the meeting unusually private. “That no advisers and no ministers will be present in the room with Xi and Modi,” the Sunday Guardian wrote, “indicates the importance both leaders are giving to their own role in improving relations between the two countries.”

The Global Times functions as a mouthpiece for China’s ruling Communist Party. Its reports give us insight into Xi’s thoughts about the summit.

“The meeting can be as significant as the one in 1988 when Chinese leader Deng Xiaoping and then Indian prime minister Rajiv Gandhi met,” the Times wrote, referring to the landmark summit that restored friendly relations between China and India after decades of conflict.

Now China’s leaders are hoping that Xi and Modi can lead a repetition of that historic thaw. “Within China, hostility toward India is being replaced by hopes for friendly ties,” the Times stated.

Leaders in New Delhi appear to share China’s hopefulness. “India is ready to work with China to deepen leaders’ friendship through the meeting,” External Affairs Minister Sushma Swaraj said during the April 22 announcement of the summit.

She added that the country is ready to “enhance trust between the two countries and promote India-China strategic cooperative partnership to a new high.”

Both sides understand that for relations to improve in a meaningful way, India must distance itself from the United States. Asia analyst Keegan Elmore said, “China will be keen to woo India away from a U.S. alliance against Beijing.”

In recent months, the U.S. has given India some reasons to do so: The Trump administration has confronted India in the World Trade Organization for its export subsidies, threatened sanctions over Indian weapons deals with Russia, imposed tariffs that may affect Indian steel and aluminum manufacturers, and launched a “Buy American, hire American” campaign that has drastically reduced visas for Indian workers.

Modi is also eager to shore up support as he prepares for next year’s election. Brokering peace with China could help accomplish this. “[A] warming after nearly six decades of frost between Delhi and Beijing would represent a historic achievement,” Manipal University geopolitics Professor Madhav Nalapat told the South China Morning Post.

Xi and Modi are set to meet again in June on the sidelines of a Shanghai Cooperation Organization summit in Qingdao, China.

These high-level meetings and related trends point to a strong possibility for a historic reset in China-India relations. When Bible prophecy is added to the equation, the possibility grows exponentially greater.

China and India in Bible Prophecy

The Trumpet has long said that India is almost certain to join an Asian bloc that Bible prophecy says will form in the end time. Scripture says this bloc will play a major role in World War iii and the events leading up to the return of Jesus Christ.

The book of Revelation calls this Asiatic confederacy “the kings of the east” and says it will field an army of a jaw-dropping 200 million soldiers (Revelation 16:12; 9:16).

Ezekiel 38 provides vital details about this largest military force ever to be assembled on Earth. Verse 2 shows that it will be led by Vladimir Putin’s Russia and that China—included in the area anciently called Magog—will be secondary in leadership.

The King James Version says “Ethiopia and Libya” will be part of this massive Russia-led army. These two names should be translated “Cush” and “Phut,” as several other Bible translations such as the Darby Bible and Young’s Literal Translation correctly render them. Some portions of the peoples of Cush and Phut settled in Africa, but the remainder migrated to the Indian subcontinent. From the context, it is clear that these names in Ezekiel 38:5 refer not to the African branches of these peoples but to the modern people of India—and possibly also of Pakistan and Bangladesh.

Verse 6 shows that modern Japan will also be part of this formidable “kings of the east” power bloc.

Trumpet editor in chief Gerald Flurry writes in his booklet The Prophesied ‘Prince of Russia’ about India’s role in this biblically prophesied Asian bloc: “This is significant because India has a population of 1.2 billion people—plus an advanced nuclear arsenal! When you put India and Japan together with Russia and China, it is easy to see how an army of 200 million soldiers could be formed.”

India has long been a close friend of Putin’s Russia. And now its relations with China appear to be improving dramatically. It is not difficult to envision India contributing its vast population and its military power to a bloc led by Russia and China.

It is possible that the upcoming Xi-Modi meetings may come and go without any dramatic announcements or immediate signs of a rapprochement. But it would not mean that a change of course for India has not occurred. Such course changes often appear slight in the short term, and are evident as sea changes only after time has passed.

To understand more about India’s role in the end-time Asian axis that is now coalescing, request our free booklet Russia and China in Prophecy.