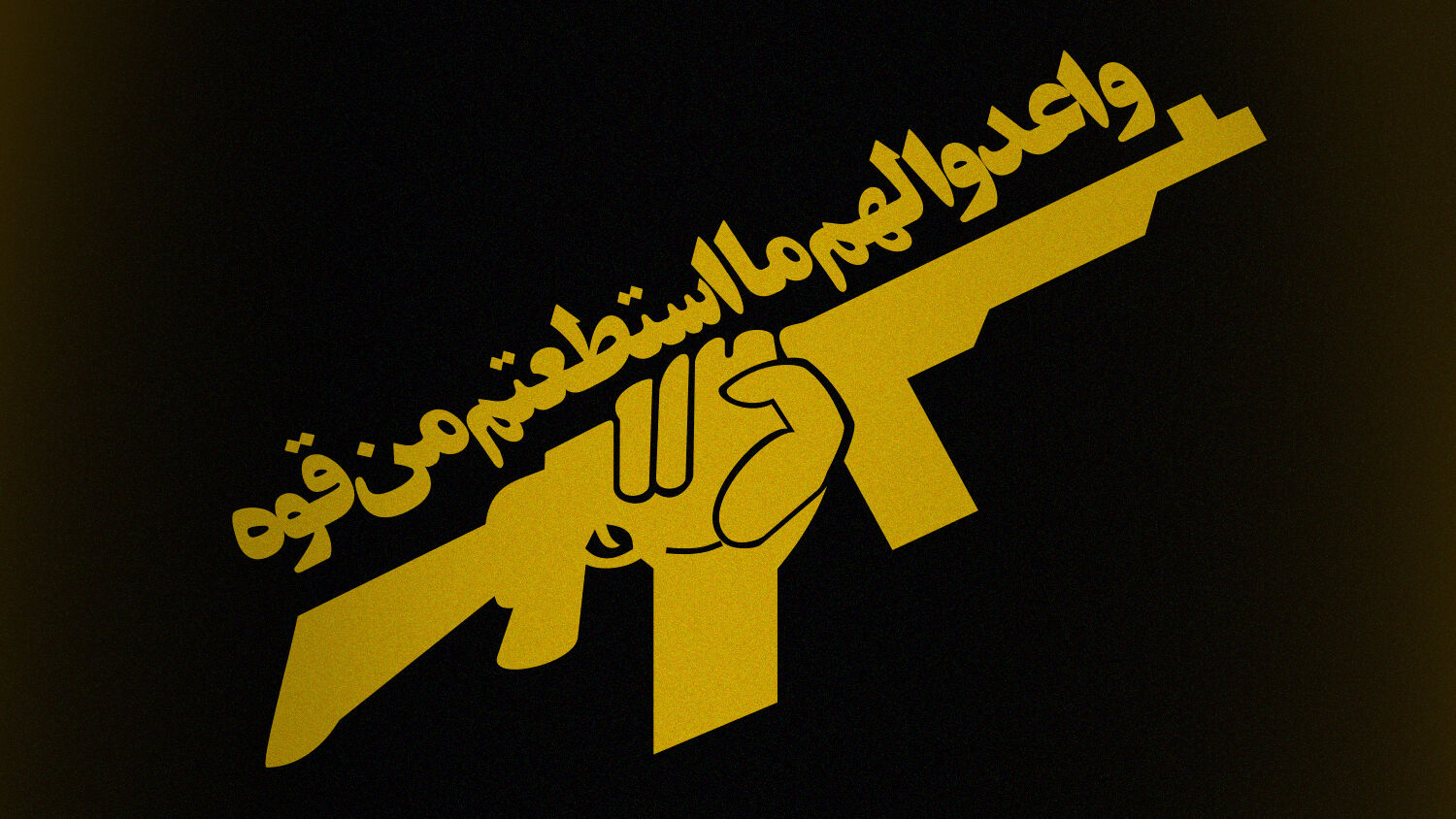 Threatened by Hezbollah, Iran and Iraqi militias, where will Israel turn?

“In the event of any war against Hezbollah, the movement is not going to be alone.” These words came from an Iraqi Shiite paramilitary group after the Israel Defense Forces discovered a fourth underground invasion tunnel from Lebanon across the border into Israel. The first invasion tunnel was discovered on December 4.

Nujaba’s spokesman voiced support on December 14, telling Iran’s Tasnim News Agency that, should Hezbollah be attacked, “all, including Nujaba, will be standing by its side.”

Nujaba is a division of the Popular Mobilization Units, an Iraqi, state-sponsored, majority-Shiite, umbrella organization composed of about 40 militia groups. Its original purpose was to combat the emergence of the Islamic State. The organization has become equivalent in power to the actual Iraqi military, so Iran is seeking to use it to control Iraq.

Nujaba surfaced in 2013, when it sent fighters to support the Assad regime in Syria. The group is more commonly known as the Golan Liberation Brigade in Syria. Ynetnews said that “this branch of the Islamic Revolutionary Guard Corps poses possible threat to Israel.” Its 10,000 men receive their orders “directly from Iran, under the orders of al-Quds Force commander Qasem Suleimani.” The group said it was “fully prepared” to fight Israel if it were asked to.

The Iraqi-based militia is currently operating in Syria, but Nujaba’s comment indicates it may soon move into Lebanon. This Iranian-controlled militia is an integral part of Iran’s goal to control the Shiite Crescent, a vast swath that includes Lebanon, Syria, Iraq and Iran. Control over these countries will enable Iran to support its various terrorist proxies, primarily Hezbollah, throughout the Middle East.

Iran has already gained virtual control over its Shiite ally in Lebanon, Hezbollah. The militant group is more dedicated to Iran’s interests than its own in the Lebanese government, even though it is one of the dominant political parties in Parliament.

Iranian Supreme Leader Ayatollah Ali Khamenei said, “Hezbollah is going to do things today that are in Iran’s interest,” even if it is contrary to their own interests. According to Iran, Hezbollah is more loyal to the ayatollah than to its own goals and ambitions. This deep loyalty stems primarily through their shared ideology and has developed as a result of Iran’s continual supply of weapons through Syria.

Referring to Israel, Hezbollah deputy general Sheikh Naim Qassem warned, “There is not a single point in the occupied territories out of reach of Hezbollah’s missiles.”

Haaretz reported, “It’s clear to the force’s officers that Hezbollah will lash out the minute it senses danger.”

Sheikh Qassem: In case of outbreak of a war, all areas occupied by the Zionist regime, including its capital Tel Aviv, will be under the threat of attacks and “there is not a single point in the occupied territories out of reach of Hezbollah’s missileshttps://t.co/uJvnWct20X pic.twitter.com/rQ0xnDbMQ7

In the event of a war with Israel, Hezbollah would greatly benefit from Iranian support. This could be potentially devastating for the little nation of Israel. Iran’s continual supply chain of weapons, munitions, missiles and other armaments would give Hezbollah considerable staying power in a war against Israel.

Conversely, Israel may struggle to fight a long, drawn-out war. Haaretz reported that Israel’s advanced Iron Dome antimissile system “can be saturated by the launching of a number of rockets at the same target,” which will enable some rockets to get through. In November, Hamas fired more than 400 rockets and mortars at southern Israel. While most landed in open areas, and many were intercepted by the Iron Dome, dozens hit civilian areas throughout the Gaza border region. (Read “Reporter’s Diary: A Day in the Gaza Envelope.”)

While the Iron Dome intercepts save millions of dollars in property damage, each of the 10 Iron Dome batteries currently deployed in Israel costs about $100 million, and each launch of an intercept missile costs at least $50,000. The Los Angeles Times reported, “Israel has coped thanks to the generous financial support of the U.S., which has given Israel over the last decade or so more than $1 billion to cover Iron Dome.”

Although a Knesset report found the Israel Defense Force’s war readiness has “significantly improved” since the 2014 Gaza War, there are still problems. With the U.S. pulling out of Syria, and its increasingly large debt, it is possible that the U.S. may be incapable of funding Israel in the future. If this were to happen, Israel would struggle to fund its national defense.

Though Israel has superior military technology, the small nation lacks the supplies and funding for a long war. Israel would need to be resupplied to fight in a longer conflict.

“Israel’s dependence on the U.S. has become so deep that it is questionable whether the country could even survive today without it,” reported Newsweek. “Unlike Israel’s adversaries, who can procure weapons from numerous sources with few political constraints, Israel’s reliance on the U.S. is critical. None of the other major arms producers today—Britain, France, Russia, China—would, or could, replace the U.S.”

Since Israel became a sovereign nation in 1948, the United States has given Israel $134.7 billion in monetary assistance. American aid accounts for 19 percent of Israel’s total defense budget.

As the United States becomes more isolationist and its economy continues to sink into debt, it is possible that Israel may one day lose American financial support.

Where could Israel then turn for help? Bible prophecy states that it will go to its historic enemy, Germany.

Hosea 5:13 says that Israel will go to the Assyrian (the ancestor of modern-day Germans) for help. Germany has the world’s largest trade surplus, so it would have the ability to extend financial aid.

The Trumpet has been watching this trend for decades and has already begun to see this relationship in its earliest stages. In February 2018, Germany began building warships for Israel while agreeing to subsidize a third of the cost.

Germany has already shown a great deal of friendship to Israel. Defense Minister Ursula von der Leyen said that Israel was Germany’s “biggest friend in the Middle East.” She said, “We have 70 projects with you, and there is not a country in the world we have such expansive security relations with like we do with Israel, both bilaterally and in cooperation between the militaries.”

In his booklet Jerusalem in Prophecy, Trumpet editor in chief Gerald Flurry warns of Israel’s peace process and the decline in its will to fight. Using Bible prophecy, Mr. Flurry forecasts that a war-weary Israel will look to Germany. He writes:

If Israel is forced to fight in a long war, it will look to Germany for more protection. But Psalm 83 says that Germany and its confederation of Arab nations will turn against Israel and instead take control of Jerusalem (Zechariah 14:2).

As the U.S. begins to pull out of the Middle East, and Iran looks to fill the void and unite the Shiite Crescent, Israel may find itself surrounded and in need of funding for its security. Watch for Israel to look to Germany for assistance—your Bible prophesies it will happen soon.

For more information about the end-time events surrounding Israel that are leading to the return of Jesus Christ, please request your free copy of Jerusalem in Prophecy.