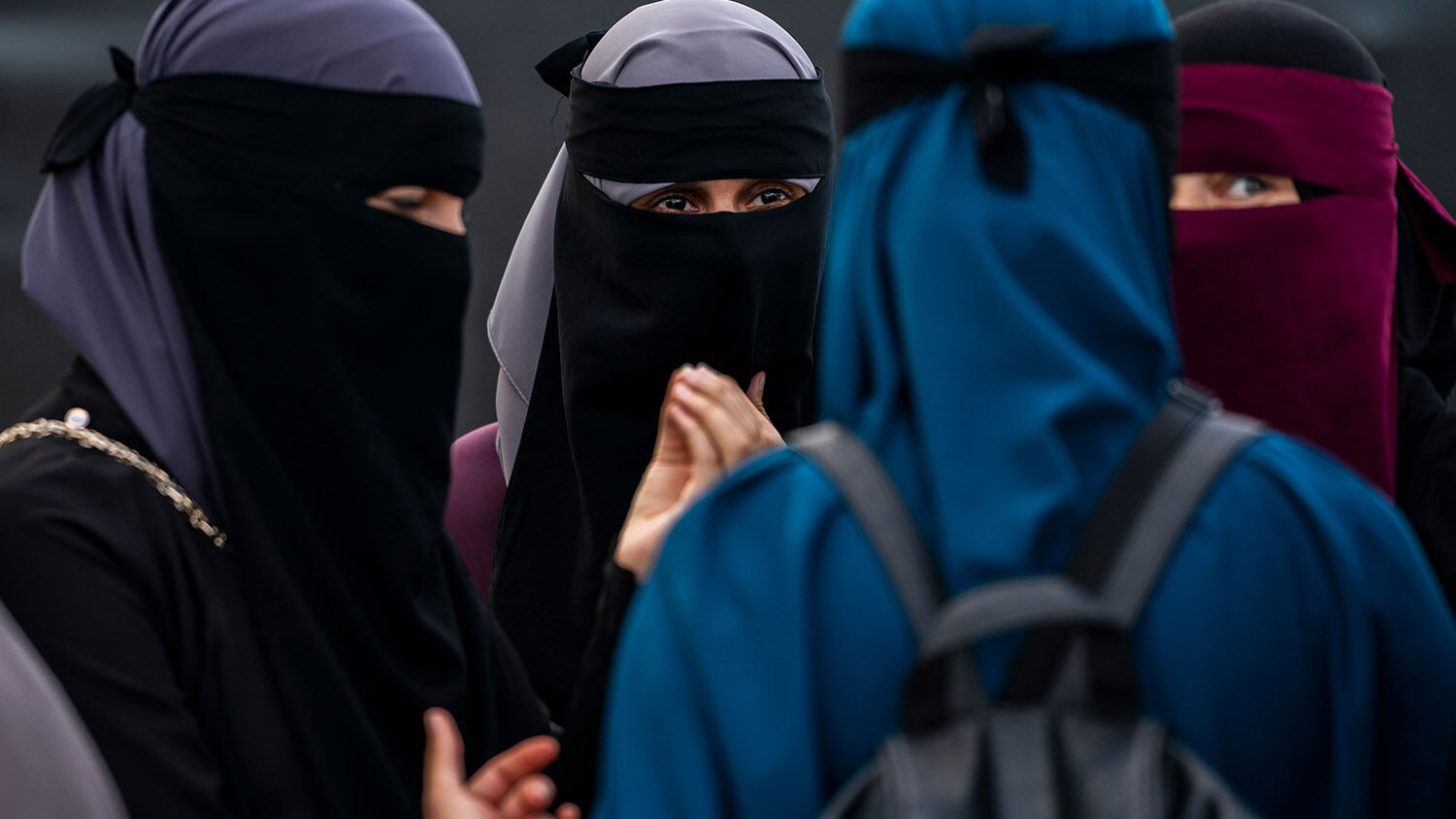 The group Kvinder i Dialog demonstrates against the first fine given for wearing a niqab in Copenhagen, Denmark, on August 10.
MARTIN SYLVEST/AFP/Getty Images

Starting January 1, Denmark will require anyone applying for citizenship to shake hands with the officiating dignitary at the naturalization ceremony. Those who refuse will not be granted citizenship.

It may surprise you that this law is extremely controversial. Some Muslims refuse on religious grounds to shake hands with members of the opposite sex. The law was set up with this in mind—aiming to exclude these Muslims from Danish citizenship.

Opponents of the new law were quick to criticize it as awkward and useless. “It’s absurd that the immigration minister thinks this is an important thing to spend time on. Shaking hands does not show if you are integrated or not,” said Kasper Ejsing Olesen, the mayor of the Danish town of Kerteminde.

Though many people oppose the new law, many others find it justified.

Martin Henriksen, a Danish politician and a spokesman on immigration for the Danish People’s Party, agrees with Denmark’s new handshake policy. “If you arrive in Denmark, where it’s custom to shake hands when you greet, if you don’t do it, it’s disrespectful,” he said. “If one can’t do something that simple and straightforward, there’s no reason to become a Danish citizen.”

The handshake policy is not the only law designed to cause Muslims to conform to European norms. In May, Denmark passed a law forbidding Muslim women from wearing the niqab in public. The law officially came into effect on August 1, and it follows similar laws passed in France, Germany, Austria, Belgium and Bulgaria. These nations partially or completely ban the niqab, a veil covering the entire head and face, except the eyes, and the burka, which covers the body in addition to the head and face.

At least one Muslim woman in Denmark has been fined for wearing a niqab in public. A fight broke out at a shopping center after another woman confronted her and tried to remove her niqab. When police arrived, the Muslim woman refused to remove her veil, choosing instead to leave the building.

The fight is evidence that not all Danes are on board with permitting mass migration: Some see it as a threat to their national identity. A poll in September found that 52 percent of Danes disagree with the new handshake law, but this means that almost half the population either supports it or does not see it as a significant issue.

A similar law exists in France, where an Algerian woman was denied citizenship after refusing to shake hands with a man. She appealed to the top French administrative court, which rendered its decision in April: Refusing the handshake means refusing French values.

Similar incidents have also been reported in Switzerland. Two Muslim schoolboys, sons of a Syrian imam, refused to follow the Swiss tradition of shaking hands with their female teachers after each class. The boys were granted an exemption, which prompted outrage in the local community.

Amidst the moral battles over Denmark’s handshake policy and public wearing of veils, one fact is clear: Europeans are facing an identity crisis. Look at history and you will find that these moral, cultural questions fit into a much larger and older controversy: the culture clash between Islam and Catholicism, the traditional religion of Europe. The rising influence of Islam in Europe is causing many Europeans to start pushing back.

The influx of migrants is leading a new generation of leaders to assert their Catholic identity. They are emphasizing the symbols that set Catholic Europe apart from the influx of migrants. The German state of Bavaria now mandates that the cross be displayed on all public buildings. Other countries have banned people from wearing Islamic head coverings inside all public buildings.

Rogers Brubaker, a sociologist at the University of California–Los Angeles, described the trend well in the Atlantic magazine in 2017, writing that it is a push for “a secularized Christianity as culture.”

“It’s a matter of belonging rather than believing,” he wrote. Brubaker described it as a Christianity that says, “We are Christians, precisely because they are Muslims. Otherwise, we are not Christian in any substantive sense.”

But this heightened sense of difference between the two groups is leading to a clash. Some on both sides want such a clash. To some, passing laws against migrants emphasizes their own Christianity. Meanwhile many radical Islamists openly declare that they are in a war against Christianity—and are openly targeting the pope in Rome.

The influx of migrants into Europe is provoking a Christian backlash against Islam. The Bible forecasts that this backlash will grow stronger.

Daniel 11:40 describes a clash between a “king of the north” and a “king of the south.” This refers to a clash between a European conglomerate, led by Germany, and radical Islam, led by Iran. Other prophecies tell us that this European power will be ruled by a church. This same chapter says that this European power will respond after having been “pushed” by radical Islam.

We see this dynamic today. Radical Islam is continually provoking Europe, and Europe is beginning to push back. It is embracing a more Christian identity, opposed to Islam. This is leading to the epic clash outlined in Daniel 11. This clash will be a key moment in the Bible’s prophecies of end-time events.

To learn more about these prophecies and to prove the identity of the powers mentioned in Daniel 11, request your free copy of The King of the South, by Trumpet editor in chief Gerald Flurry.