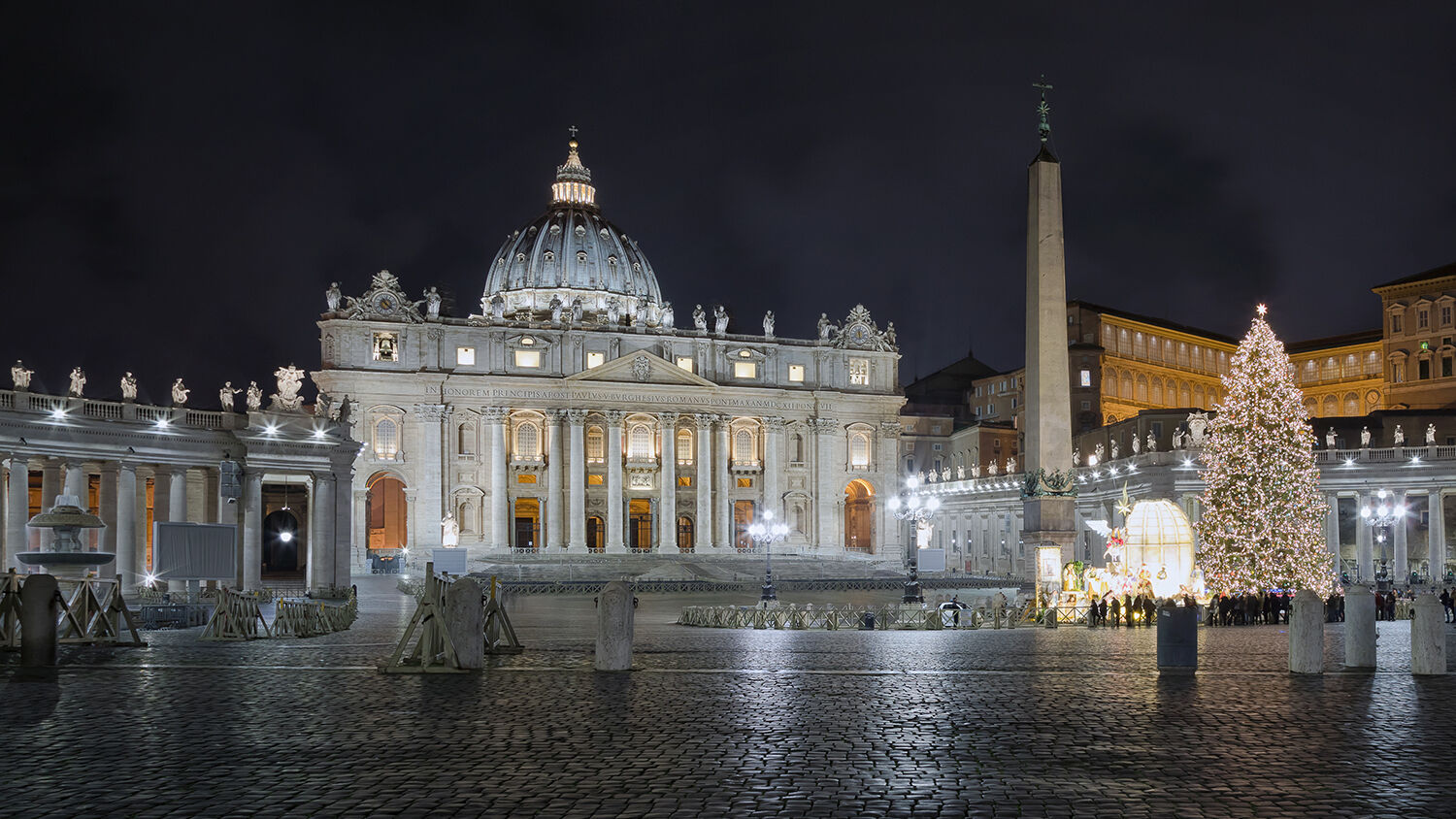 One poster stated, “Don’t think you are away from our attacks,” and showed a jihadist with an Islamic State wristband and a handgun, taking aim at the pope as he walked by a barbed-wire fence on a visit to Auschwitz. The other poster, again set at Auschwitz, was addressed to “slaves of the cross” and depicted an assailant sneaking up on the pope from behind.

Posters like these are often circulated during the winter holiday season. The Islamic State employed a similar strategy last November, when it published propaganda showing a jihadist beheading the pope. Another, threatening “Christmas blood,” showed a masked jihadist driving down Via della Conciliazione toward St. Peter’s Square with a rifle, handgun and explosive suicide backpack on the passenger seat.

A terror attack near or during the winter holidays carries extra weight in predominantly Catholic, Christian Europe. We witnessed Europe’s outrage after an attack on a Berlin Christmas market in 2016. But the Islamic State has never carried out an attack in Italy or the Vatican. Such an event would likely have an even greater impact on Catholic Europeans.

“[The Islamic State] is also keen to target Italy now because it’s one of the few major European countries it hasn’t yet struck,” said Islamic State expert Christopher Meserole from the Brookings Institution. “They’re hoping to inspire violence there so that they can say, in effect, ‘We’ve already attacked your capitals in London, in Paris, and in Barcelona, and now we’ve attacked Rome. There’s nowhere we can’t reach.’”

Besides targeting Rome, the Islamic State is also increasing attacks on Christians in North Africa.

Seven people died in Egypt on November 2 when Islamic militants shot at three minibuses carrying Coptic Christians home from a monastery. Nineteen others were wounded but lived to describe the “execution-style” attack. The pope condemned the attacks, saying, “I pray for the victims, pilgrims killed just because they were Christian.”

That Friday’s bloodshed was intended to send a message. The attack occurred in nearly the same location where Islamic militants killed 28 Coptic Christians in a similar attack in May 2017. The pope denounced the attack as “another act of ferocious violence” and told a gathering of bishops, priests and nuns to remember “that today there are more Christian martyrs than in ancient times, than in the early day times of the church.”

The attacks are unifying Christians and making them realize something must be done to oppose Islamic terrorism. “What do these terrorists want?” asked an Egyptian man whose neighbor died in the recent attack. “Do they want us to hate Muslims?”

Many Muslims, radical and otherwise, consider Islam to be at war with Christianity. The Islamic State actually believes that provoking a war with Europe is a vital step in its version of end-time events. That clash, it believes, will ultimately lead to a global Islamic paradise. Although the Islamic State has suffered some major defeats recently, that belief is much harder to destroy.

This type of thinking goes far beyond the Islamic State. Shiite Twelvers, who make up the majority of Muslims in Iran, have a similar view of end-time events. Even with the Islamic State on the run, there are a huge number of Muslims both in the Middle East and Europe who want to trigger a clash with Christendom. Targeting the pope and killing Christians in Egypt is ultimately part of that strategy.

Radical Islamic terrorists pushing against Catholics and other Christians is stirring up hatred. The Trumpet, guided by Bible prophecy, predicted this years ago, and the trend continues. What exactly will Europe do in response?

Radical Islam’s ongoing push against Europe will change the world you live in. To read more about where the rising threat of radical Islam will lead, request your free copy of The King of the South, by Gerald Flurry.