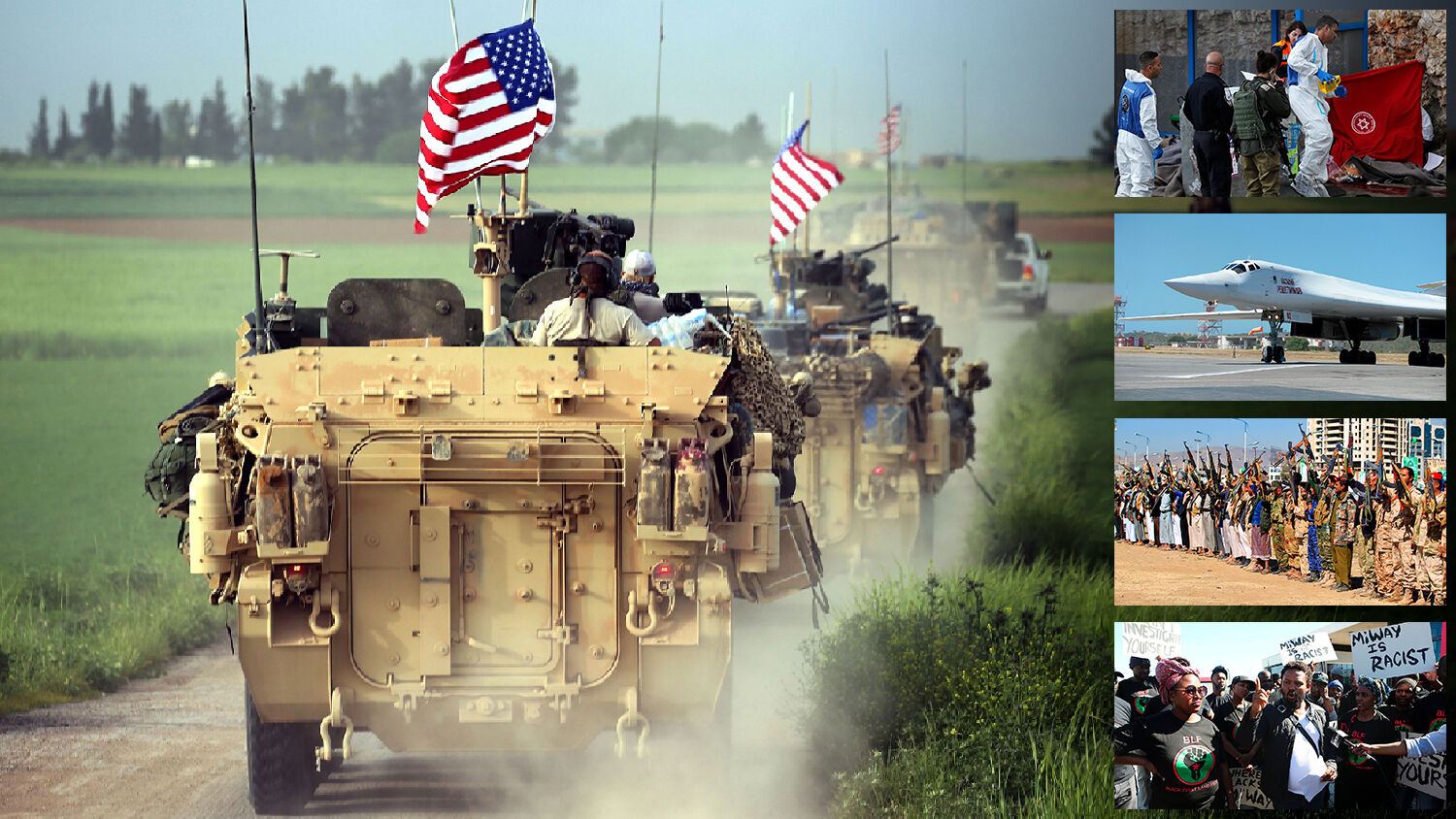 United States President Donald Trump announced Wednesday that all American forces would soon be withdrawn from Syria, breaking with advisers and generals. In a video released on Twitter, Mr. Trump declared victory over the Islamic State and, as a result, has determined to withdraw the 2,000 troops currently inside Syrian territory.

Is this the beginning of the end of American power in the Middle East that is revealed in multiple end-time Bible prophecies?

Iran is putting pressure on Hamas to open a new front against Israel in the West Bank, according to Israeli security analysts who spoke at a recent media briefing attended by the Trumpet.

Senior Middle East analyst for the Jerusalem Center for Public Affairs Yossi Ben Menachem explained: “All indications are that Iran is behind these terror acts, putting pressure on Hamas to ignite the West Bank and open a new front against Israel.”

For over a decade, the Trumpet has watched for Hamas to increase in power in the West Bank, to the point that it would actually replace Fatah as the dominant force of the Palestinians. While Israel and Fatah coordinate their security forces to prevent such a change, Iran is actively pushing for dominance. And Bible prophecy indicates that it will likely happen.

Two Russian nuclear-capable bombers flew a patrol over the Caribbean Sea on December 12 from a base in Venezuela, as tensions between Russia and the United States continue to escalate.

The Russian Tu-160 bombers had arrived in Venezuela on December 10, accompanied by a heavy-lift cargo plane and a passenger plane. The “Blackjack” Tu-160 is Russia’s main supersonic strategic bomber, capable of launching cruise missiles with conventional or nuclear warheads up to 3,400 miles. During their patrol over the Caribbean Sea, most of the United States was well within this range.

The Caribbean Sea matters immensely to U.S. security at home, as was made alarmingly evident in the Cuban Missile Crisis of 1962. And though Russia’s Tu-160s have now returned home, Russia’s relationship with Venezuela remains robust. Bible prophecy shows that Russia’s influence in the Latin American region will continue to grow.

Iran-backed Houthi rebels and the United Nations-backed Yemeni government have agreed to a ceasefire, which went into effect on December 18 at midnight, local time. So far, the ceasefire has held. Although this agreement satisfies the international community, it stipulates the disengagement of Saudi-backed Yemeni government coalition forces and possibly guarantees the survival of an Iranian presence in Yemen.

Iranian presence and influence in Yemen allows it to maintain and even tighten its chokehold on the Bab el-Mandeb strait in southern Yemen. The global ramifications of Iran’s growing presence in the region are political, economic and prophetic!

At a recent rally, a South African politician demanded that his followers kill white people. “For each one [black] person that is being killed by the taxi industry, we will kill five white people,” Andile Mngxitama told a cheering crowd.

Mngxitama is the president of Black First Land First, a Communist political party that demands the seizure of white-owned land without compensation. He was expelled from Julius Malema’s Economic Freedom Fighters in 2015 for accusing Malema of being soft on land reform—quite an accomplishment, considering that Malema was tried by South Africa’s Equality Court for singing a song that calls for the shooting of white farmers with machine guns.

The violence South Africa faces is prophesied in the Bible!