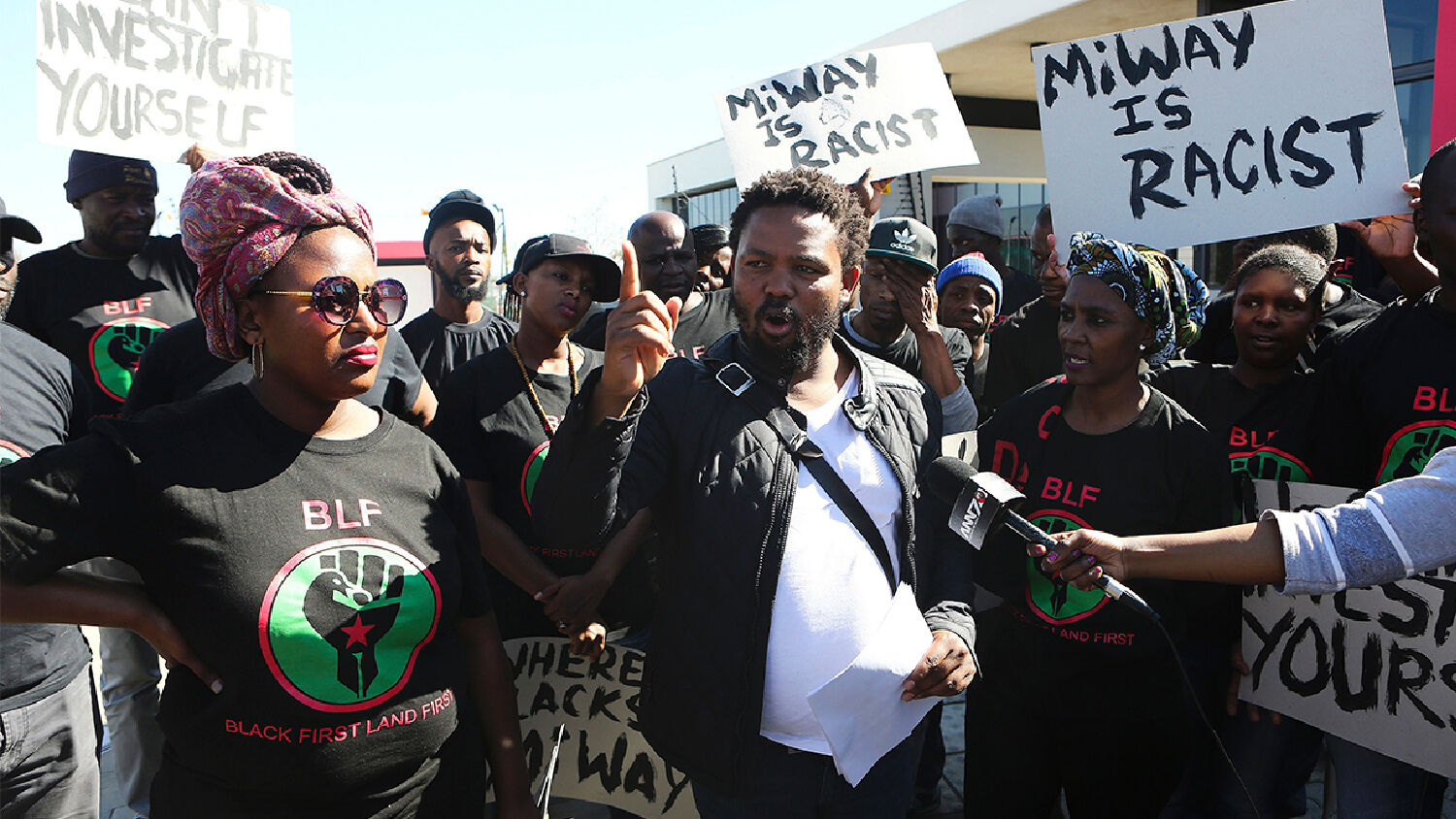 A South African politician is demanding that his followers kill white people. At a rally in Potchefstroom on December 9, Andile Mngxitama told a cheering crowd, “For each one [black] person that is being killed by the taxi industry, we will kill five white people.”

Mngxitama is the president of Black First Land First, a Communist party that demands the seizure of white-owned land without compensation. His violent comments were referring to turf wars between taxi associations and individual minibus drivers.

Mngxitama is a Marxist revolutionary who was expelled from Julius Malema’s Economic Freedom Fighters in 2015 for accusing Malema of being soft on land reform. That is quite an accomplishment, considering that Malema was tried by South Africa’s Equality Court for singing a song that calls for the shooting of white farmers with machine guns.

Like Mngxitama, Malema also wants blacks to confiscate white-owned land without compensation. But he is not openly calling for the slaughter of whites yet. “I’m saying to you, we’ve not called for the killing of white people, at least for now. I can’t guarantee the future,” Malema said in an interview with trt World, published June 9.

When the interviewer asked him if he understood that some might interpret his words as a call to genocide, Malema responded, “Crybabies, crybabies! I can’t give you a guarantee of the future. Especially when things are going the way they are. If things are going the way they are, there will be a revolution in this country, I can tell you now. There will be an unled revolution, and an unled revolution is the highest form of anarchy.”

South African President Cyril Ramaphosa also believes white-owned land should be confiscated without compensation. He called the taking of land from the indigenous people of South Africa the nation’s original sin last February and has made land reforms a main part of his leadership plan. Now South Africa’s National Assembly has approved a proposal to amend the Constitution and begin such land seizures next March.

Yet contrary to claims that white settlers stole black land, the Cape Colony was mostly uninhabited when the Dutch settled there in 1652. The Dutch shared this land with a small number of Khoikhoi herdsmen for several years. Battles over grazing rights did eventually break out between the Dutch and Khoikhoi. But the Bantu tribes that comprise most of South Africa’s black population today did not even arrive in the region until a century later.

Politicians are distorting history to unite blacks against those of European descent.

Ramaphosa says he will not allow “smash-and-grab” land seizures, but Bible prophecy shows that Mngxitama’s horrifying vision of violent revolution will become reality.

The late Herbert W. Armstrong explained in his book The United States and Britain in Prophecy that the Anglo-Saxon peoples who settled the United States and the United Kingdom are the descendants of ancient Israel. The British, Dutch and French peoples who settled in South Africa are also descended from Israel. This means that the Bible’s end-time prophecies concerning Israel are directed at its modern descendants (principally the United States, Britain and the modern Middle Eastern nation of Israel, as well as Australia, Canada, New Zealand, South Africa and other nations).

A sobering prophecy in Ezekiel describes a time of violence and race war soon to afflict these nations. “Make a chain: for the land is full of bloody crimes, and the city is full of violence. Wherefore I will bring the worst of the heathen, and they shall possess their houses: I will also make the pomp of the strong to cease; and their holy places shall be defiled. Destruction cometh; and they shall seek peace, and there shall be none” (Ezekiel 7:23-25).

The word “heathen” in this passage isn’t an insult. It comes from the Hebrew word gowy and means non-Israelite. But the “worst of the heathen” refers to the type of non-Israelites who pledge to kill people, kill their women, kill their children, kill their dogs, and kill their cats. This prophecy in Ezekiel says that so many bloody crimes will occur in the end time that they will be like links in a chain—one following right after another. It describes the seizure of people’s homes and conflict between Israelites and non-Israelites: race war.

But this passage should not be misinterpreted as a call to arms. This time of violence is coming because of the “abominations” or sins of the people (verses 1-3). The Israelite people have a 4,000-year history with God, yet they have forgotten Him and turned away from His laws. Therefore, God says, “I will do unto them after their way, and according to their deserts will I judge them; and they shall know that I am the Lord” (verse 27).

God’s great desire is to teach all races and nationalities the way to peace. If mankind would only repent and obey God’s commandments, we would not have to experience such horrific crimes. But the human heart is hard and too proud to admit that it does not know the way to peace, happiness and stability. Therefore, all who do not voluntarily repent before the coming Great Tribulation will have to be humbled the hard way. God can only teach knowledge to those of a poor and contrite spirit, to those who tremble at His Word.

To learn more about how the prophecies of Ezekiel are part of God’s master plan, leading to the wonderful Kingdom of God, read Ezekiel: The End-Time Prophet, by Trumpet editor in chief Gerald Flurry.