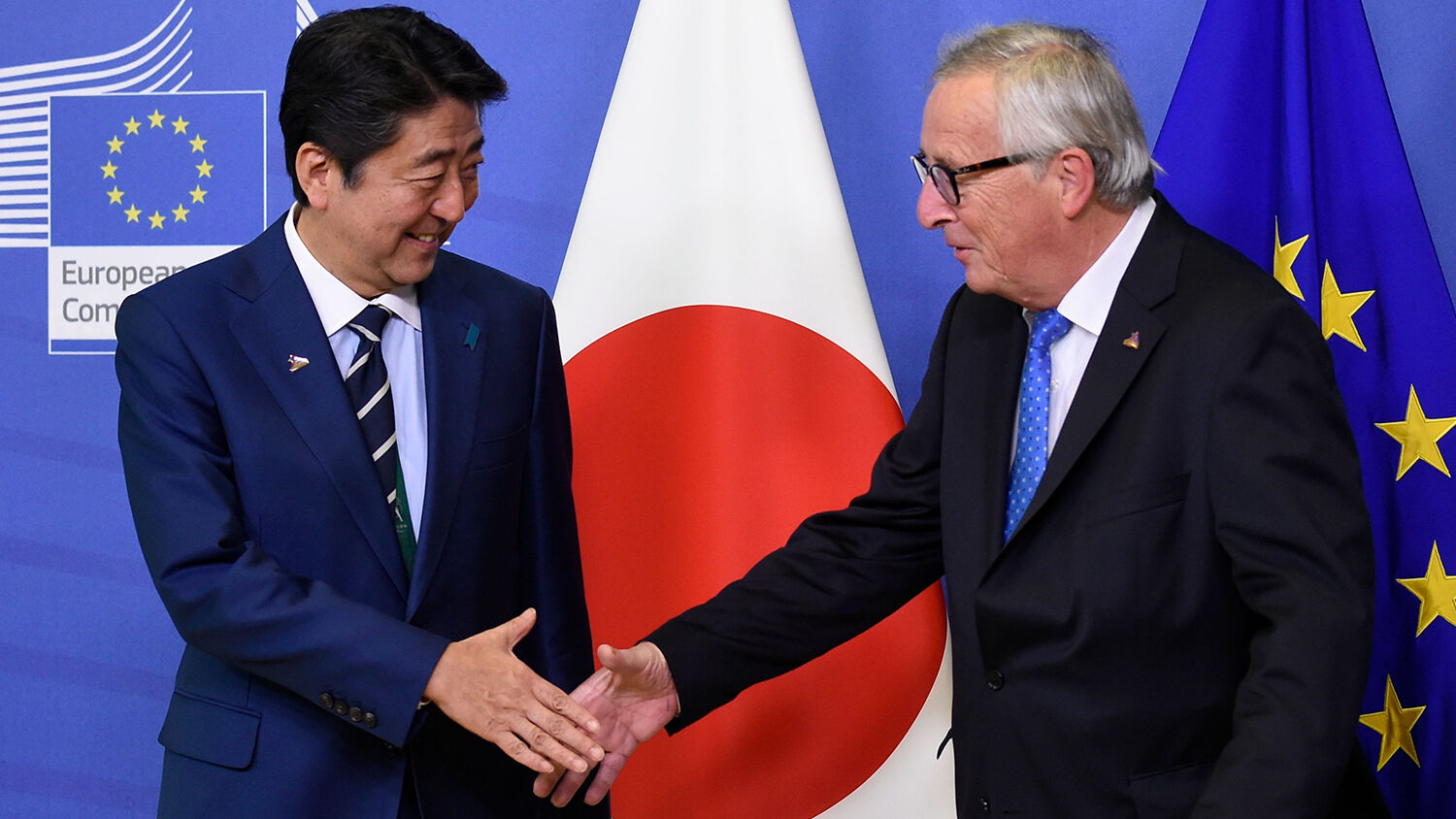 Approval of strategic and economic agreements between the two are pushing ‘tariff man’ further off the world stage.

Plans for these agreements intensified in July last year, after U.S. President Donald Trump rejected the Trans-Pacific Partnership, which would have formed a massive trade bloc that included both the U.S. and Japan. While the deal had plenty wrong with it, its rejection sent Japan shopping for new trade partners. And it found one in the European Union.

Having been approved by a clear majority in Japan and the EU, both the agreements, from the moment they take force, will impact the entire world. European Commission President Jean-Claude Juncker emphasized this during the deal’s announcement. “Almost five centuries after Europeans established the first trade ties with Japan,” he said, “the entry into force of the EU-Japan Economic Partnership Agreement will bring our trade, political and strategic relationship to a whole new level.”

As the largest trading bloc in the world, the EU-Japan Economic Partnership Agreement will cover 635 million people and approximately one third of the world’s gross domestic product. The partnership will remove nearly all duties on exports to Japan, saving the EU €1 billion (us$1.1 billion) per year, as well as removing several regulation barriers. Japan’s consumers will be given increased access to EU agricultural products and many other key exports.

The EU currently exports about $66 billion of goods and $31.8 billion in services to Japan every year. This new economic agreement is likely to see trade between the EU and Japan grow.

The second accord passed—the EU-Japan Strategic Partnership Agreement—“will lead to further deepening of EU-Japan relations, strengthened foreign and security policy dialogue, and engagement across a wide range of global, regional and bilateral thematic issues,” according to the European Commission. It will reaffirm “the shared values and common principles that form the basis of the EU-Japan partnership, including human rights, democracy, multilateralism and the rule of law.” It aims to boost cooperation on more than 40 topics, such as security, foreign policy, climate change and environment, energy, employment and social affairs.

These historic agreements send a clear message of enmity to the U.S. and President Trump. European Parliament trade committee leader Bernd Lange said, “Everyone knows there is a tariff man on the other side of the Atlantic. Our answer is clear. We are not tariff men, but the people of fair trade.”

The heightened cooperation that both of these deals produce between the EU and Japan, and against America, are working directly to fulfill a crucial Bible prophecy.

Isaiah 23:1-3 prophesy of an end-time “mart of nations,” or economic alliance, between Europe and Asia. It identifies those involved in this trade bloc by their ancient names: Tyre (a German-led Europe), Chittim (China) and Tarshish (Japan). We can see a specific fulfillment of this alliance between Europe and Japan happening today, right now!

Prophecy indicates that the German-led European Union will soon join forces with Russia, China and Japan to shut the U.S. out of more and more markets ….

Continue to watch this Eurasian trade alliance form to bring down the U.S. and Britain. End-time prophecy is being fulfilled right now! To understand more on this prophesied alliance, read “Trade Wars Have Begun.”