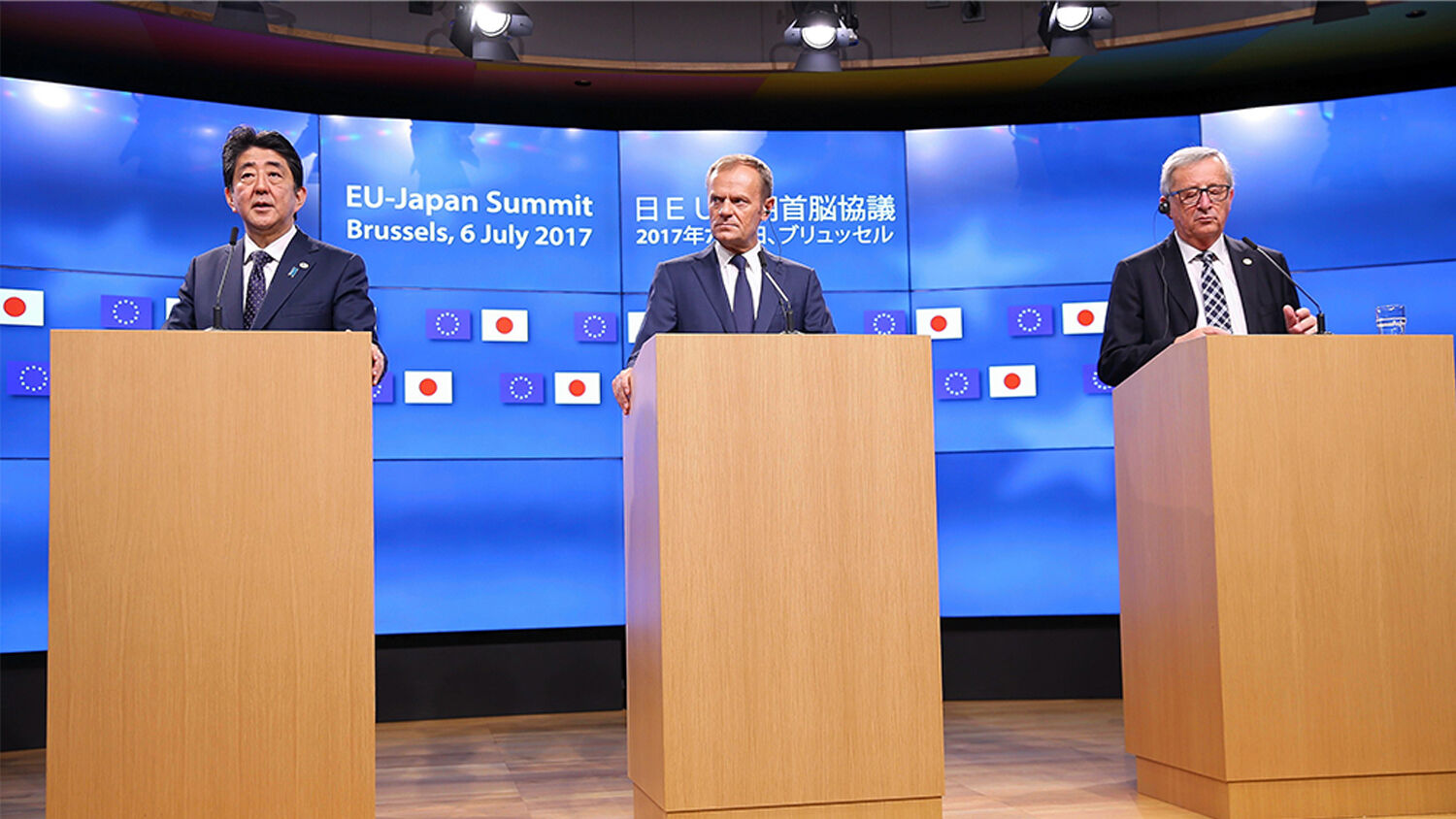 Two of the world’s leading economies announce plans to form one of the largest and most powerful trade blocs in the world.

The EU and Japan have agreed on the outlines of a new trade deal, officials from the two powers announced July 6.

The deal is not as “final” as reports in the press would have you believe. The two sides agreed only on broad outlines—and the hard work is in the details. The actual deal is probably at least a year away and full implementation around a decade off.

But it is still a powerful declaration of intent between the two powers. As Vox wrote, “Japan and Europe have a pointed message for the U.S.: We’re taking your place as global leaders in free trade.”

The Economist wrote that “now both want to show that they can fill the vacuum left by America’s withdrawal under Mr. Trump from its role as the world’s trade leader.”

Combined, the economies of Japan and the EU are similar to those of the North American Free Trade Area (nafta)—making any potential trade arrangement a big deal.

Japan had planned to join a different, massive trade bloc: the Trans-Pacific Partnership (tpp). But after Mr. Trump pulled out, “Japan has made a clear pivot toward Europe,” Vox wrote.

“I have no doubt the final rounds were accelerated to try to conclude the deal as quickly as possible and send a message that the EU and Japan are prepared to lead on trade even without the U.S.,” said Edward Alden from the Council on Foreign Relations. “The fact that it was concluded right before Trump’s first G-20 summit is a symbolic poke in the eye to the Americans.” Vox continued:

This isn’t a purely symbolic blow to the U.S.’s reputation as the world’s foremost proponent of free trade. This deal means that European and Japanese exporters will gain an edge over American exporters in each other’s markets. It’s a real loss for American agriculture in particular, which already has huge inroads in Japan and could’ve seen them expanded under tpp.

But in addition to that, Japan and Europe’s negotiations will also mean they are in an unrivaled position to shape the future of trade. [Caroline Freund, of the Peterson Institute for International Economics,] says that as Japan and Europe hash out standards on everything from intellectual property laws to labor standards for their agreement, “they’ll get to be the rule-setters … setting the standard for global trade agreements.”

That’s the role the U.S. has played for decades, and it’s fading.

The Trumpet has continually warned that Europe was gunning to steal this role from the U.S.

More specifically, Trumpet editor in chief Gerald Flurry has warned that the EU would work with Asia’s economic giants to form a massive trade bloc that shuts out the U.S. In the near future, he wrote in 2011, Japan “belongs to a mart of nations … including Europe.” He went on to single out China, Japan and Europe as key parts of this “mart of nations.”

Now this “mart” is forming before our eyes. To read more about it and why we make this forecast, read our article “Trade Wars Have Begun” from the April issue of our magazine.