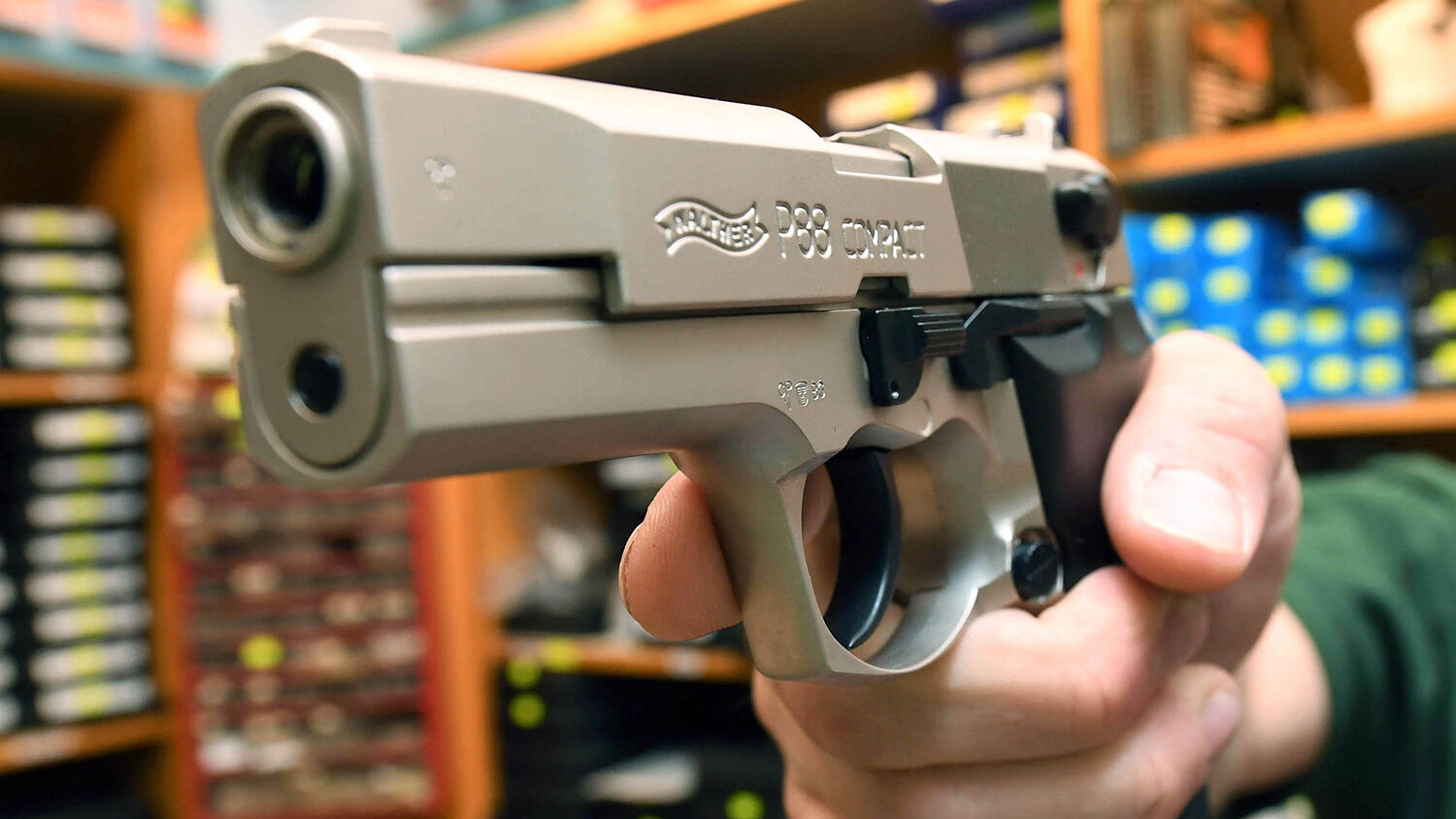 The urge to obtain small arms points to discontent with Germany’s leadership.

The number of Germans seeking a weapons license has seen a massive increase in 2018. The amount of small arms permits issued jumped 130 percent from 2014 to the latest figures published this year. Only 261,332 permits were issued in 2014. In January of this year, firearm permits had already risen 85 percent over 2014. The trend has continued to where we are now: German authorities have processed more than double the 2014 amount of permits, bringing the total to 600,000.

The majority of these permits are in the “basic” category, meaning small, nonlethal guns: rubber bullet-firing gas pistols and flare guns, for example. Germany’s gun market does not operate on the same commercial scale as that of the United States, and the process for obtaining firearms is much more bureaucratic. Potential owners are subjected to lengthy background checks, must pass written exams, submit certificates from a doctor, and even prove that they either plan to use the gun for hunting or their security depends on having a gun.

This sharp upward trend of Germans seeking weapons permits, despite having to navigate bureaucratic hurdles, is worth studying. It sheds light on how Germans perceive their leaders and their national security in a time of increasing terrorist attacks.

The number of Germans who actually possess small firearms is likely larger than reported. Illegal online weapons vendors within Germany are one reason for this. In 2016, the police were alerted to the existence of a website called “Migrantenschreck” (meaning “scourge of migrants”). Before being removed by law enforcement, the website was selling crossbows, gas-powered weapons and rubber bullets. In videos demonstrating its products, men fired at pictures of German politicians and cardboard cutouts that appeared to be migrants.

These kinds of reports cause many observers to question how people in a liberal, progressive nation like Germany could think this way. For many of those 600,000 or more Germans who own firearms, the answer is clear: They do not feel as safe as they used to; they are frustrated with what they see as their government’s lackluster response to the threat of terrorism. These feelings make them inclined to take their safety into their own hands.

For some Germans, firearms are a tangible source of security and peace of mind. “Obviously, people believe they are buying safety with a small gun license,” said Saxony-Anhalt Interior Minister Holger Stahlknecht.

The effects of a terrorist act in one European nation usually spread to neighboring nations. After the shooting at a Strasbourg Christmas market, French President Emmanuel Macron said, “It is not only France that has been hit … but a great European city as well.” Attacks on European soil, especially attacks against icons of European culture, reverberate across the Continent. This is one reason that small arms sales have increased.

“After the attacks in Paris on the Bataclan music venue in November 2015, a wave of uncertainty spilled over to Germany,” said Ingo Meinhard, director of the German association of gunsmiths and gun dealers.

More Germans than ever feel their identity, and even their safety, is under threat. They are frustrated with perceived government inaction in the face of increasing terrorist attacks. Making matters worse, the new party chairman of German Chancellor Angela Merkel’s Christian Democratic Union is viewed as a “mini-Merkel” despite her attempts to distance herself from the chancellor’s policies. Many expect more of the same from her.

Facing weak leadership and increasing terrorist attacks, Germans are more willing than ever to take matters into their own hands. The Trumpet has written about this trend in the past, showing that German society is quietly but steadily changing.

In “Two Noteworthy Trends in Germany,” theTrumpet.com managing editor Brad Macdonald wrote that the sharp increase in those seeking gun permits indicates an attitude of discontent among ordinary Germans, which will result in them choosing a stronger style of leadership. This changing attitude is bringing about Germany’s quiet rise as a leading power. He wrote:

Take a close look and you’ll see that Germany is quietly but quickly changing. The fact that gun sales are soaring and young Germans are swooning over the Bundeswehr, I think, is evidence of this change.

In his Key of David program titled “The Hidden Superpower,” Trumpet editor in chief Gerald Flurry drew attention to how German society and leadership is quietly undergoing a revolution. He warned, “The world doesn’t see what is brewing in Germany and Europe!”

Germany is in the midst of a leadership crisis, with a weakened chancellor and a successor who seems set to follow in Merkel’s footsteps. Increasing terrorist attacks will only increase national anxiety and dissatisfaction with Germany’s politicians. Soon, Germans will seek a strong leader who will directly address the issues that concern them. This coming change in leadership is prophesied in the pages of your Bible. To discover more about how this will affect you, Germany, Europe and the entire world, watch “The Hidden Superpower” and read Mr. Flurry’s free booklet A Strong German Leader Is Imminent.