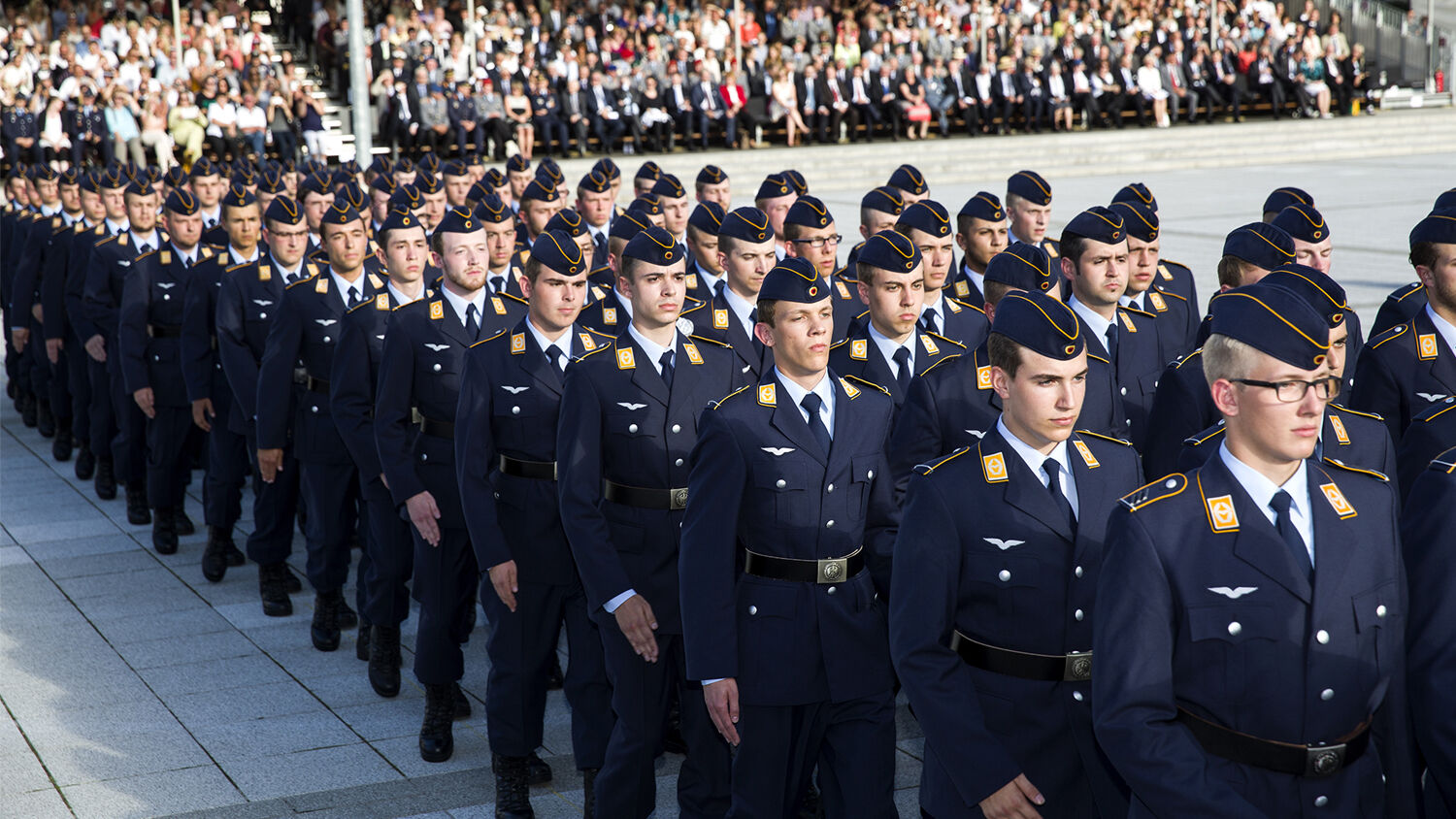 About 400 Bundeswehr recruits partake in their ceremonial vow.
Getty Images

If you’re paying attention, you can see that major change is underway in Germany.

I want to bring your attention to two recent news items from Germany. Some might consider these to be a bit ordinary, but I think each hints at the development of some larger, prophetic, more alarming trends.

First, the sales of guns and nonlethal small arms in Germany is booming. Handelsblatt reported last week that the “number of applications for small arms permits has set new records. In 2017, 557,560 people obtained such a license. In January 2016, only 300,949 people had a permit. This means ownership soared by a staggering 85 percent in just under two years” (emphasis added throughout).

This suggests that more and more Germans feel unsafe and anxious. “The fact that Germans are arming themselves might be rooted in a sense of deteriorating safety,” Handelsblatt reported. “There is a growing feeling that the state cannot sufficiently protect its citizens and therefore they must protect themselves.”

Second, the number of young Germans joining the military is rocketing. The Express, as usual, put it most dramatically: “Germany Preparing for War? German Teens Enlist in Record Numbers Thanks to Social Media.” There’s some hyperbole there, but the basic point is accurate: More and more young Germans are choosing to join the army.

In 2011, only 689 underage (under-18) Germans enlisted in the Bundeswehr. In 2017, more than 2,100 minors signed up, including 448 girls. The German government is thrilled because the number of enlisted soldiers is at a historic low and more are needed.

The growth is the result of a savvy government-sponsored social media campaign to recruit young people to the military. One of the most successful recruiting tools is Die Rekruten (The Recruits), a YouTube documentary that follows the lives of 12 young recruits and has attracted more than 44 million views. “Die Rekruten is one of Germany’s most successful social media projects ever,” reported the Guardian. In fact, the show is now so popular it has been “rolled out on the public tv channel rtl ii and spawned a spin-off series following the German military in Mali.”

Up until 2009, the issue of military conflict was so sensitive and unpopular that German media couldn’t even use the term “war” when referring to the Bundeswehr’s deployment in Afghanistan. Today, some of Germany’s most popular shows online and on television feature the Bundeswehr and its foreign engagements!

Postwar Germany has been loath to show too much pride in its military and has been slow to engage in military conflict. But the popularity of programs like Die Rekruten and the fact that more and more young Germans are joining the Bundeswehr indicate that Germany’s relationship with its military is clearly evolving. This is a trend we need to watch.

In a recent Key of David program, Gerald Flurry explained how the German-led Holy Roman Empire is a hidden superpower, a dangerous entity that for now is happy to lurk quietly in the shadows. Mr. Flurry quoted Herbert W. Armstrong, who in 1981 warned: “What the world does not realize is that, under cover, secret planning is proceeding furiously, uncovered by the news media, unknown by the public.”

Take a close look and you’ll see that Germany is quietly but quickly changing. The fact that gun sales are soaring and young Germans are swooning over the Bundeswehr, I think, is evidence of this change. In his program, Mr. Flurry warned: “The world doesn’t see what is brewing in Germany and Europe!”

Thanks to Bible prophecy, we can see what is brewing. And we can know what the end result of Germany’s transformation will be. What a wonderful gift from God Bible prophecy is!