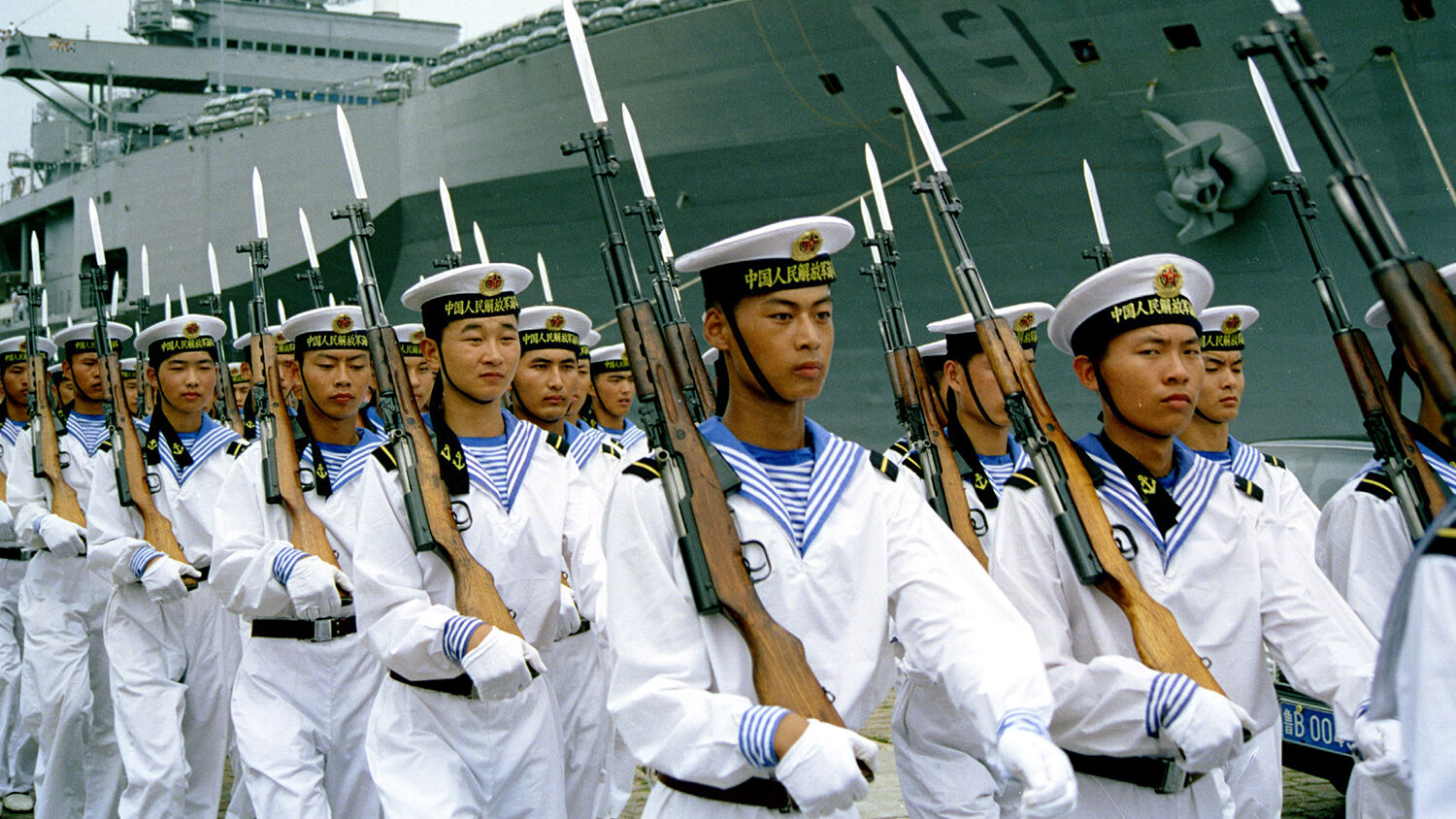 China shows its will to use military force against Taiwan.

Taiwan said that “irregular” patrols by Chinese warships on the western side of the strait had become “routine.” In the past, Chinese naval vessels have sailed close to the Chinese mainland, but recently, they have sailed closer to the Taiwanese side.

Taiwan said it had “effectively monitored the situations and movements around the Taiwan Strait by means of its air and naval mechanisms to ensure national security and regional stability.”

In July, two United States Navy ships sailed through the Taiwan Strait to conduct freedom-of-navigation exercises in the area. Similar exercises were carried out in October and November.

China’s recent increase in naval patrols in the strait is seen as a response to the U.S. freedom-of-navigation operations. A source from the Taiwanese military told South China Morning Post that “each time the U.S. sent warships through the Taiwan Strait, the pla has also dispatched its fleet to track the U.S. movements.

China’s government considers Taiwan to be a renegade territory. When Communists won control of the Chinese mainland in 1949, nationalists fled to Taiwan and established a republic on the island. Democratic Taiwan technically claims rightful rule over all of China. And the far more powerful Communist government of China claims rightful rule over all of China, including Taiwan. It continues to assert that it has the right to control the island through diplomacy or, if necessary, by force.

China views any U.S. military maneuver in the strait as a threat to its sovereignty. “Taiwan independent forces and their separatist activities pose the biggest threat to peace and stability in the Taiwan Strait,” said Yang Jiechi, a high-ranking diplomat and a member of China’s Communist Party Politburo. “The U.S. should recognize it clearly.”

Taiwan has survived Chinese aggression largely because of strong military and political support from the United States. But U.S. support of the island’s sovereignty has dwindled over time. In 1998, President Bill Clinton was criticized as the “first U.S. President to publicly oppose Taiwanese independence.” In 2007, President George W. Bush denied Taiwan a referendum on membership in the United Nations. After the G-20 summit on December 2, China said that President Donald Trump would honor the “One-China” policy, which states that Taiwan belongs to China and that Taiwan will not seek independence.

In the long run, Taiwan will probably be forced to cave in to China’s intimidation to avoid war. Trumpet editor in chief Gerald Flurry wrote in the August 1998 issue:

Mr. Flurry’s analysis of the China-Taiwan situation and America’s dubious foreign policy is based on a specific end-time Bible prophecy. Leviticus 26:19 states that God will break the pride of America’s power in this end time; U.S. support of Taiwan will not last and it will be “forced into the Chinese mold.”

Bible prophecy also reveals that an end-time union of Asian nations known as “the kings of the east” will pool their militaries together (Revelation 16:12). Ezekiel 38 says that this gigantic Asian bloc will be led primarily by Russia, with China in a secondary leadership role. With China willing to use force to control Taiwan, it is likely that Taiwan will be part of this powerful Asian bloc.

To understand why China’s aggression in the Taiwan Strait is significant, please read Russia and China in Prophecy and “Taiwan Betrayal.”