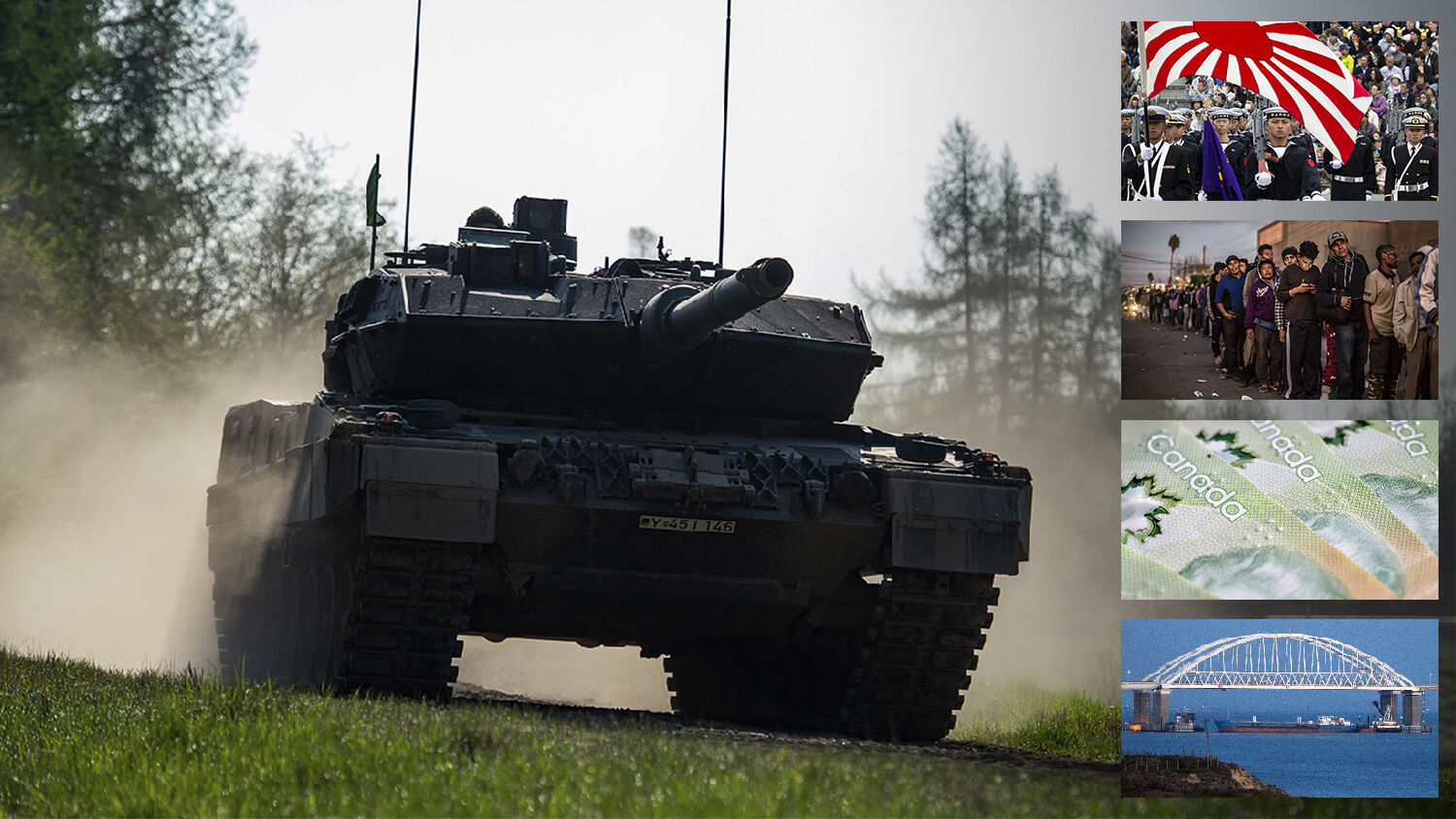 The Russian Navy captured three Ukrainian naval ships on November 25 after opening fire on them in the Kerch Strait, marking a major escalation in tensions between the two nations that have been mired in conflict since 2014.

The Kerch Strait has become “the South China Sea of Europe,” as Kiev-based analyst Taras Revunets told the Trumpet. Since Russian President Vladimir Putin has kept eastern Ukraine in a state of prolonged and frozen conflict, it is easy for onlookers in other nations to lose urgency about the crisis. But this week’s Kerch Strait incident is a fresh reminder of the danger and power of Putin’s Russia.

Europe’s call for a European army raises various questions: How powerful would such an army be? What weaponry would it use? Would it be in support of the North Atlantic Treaty Organization? Or work against it? And finally, which nation would spearhead the endeavor: France or Germany?

The answer to these questions can already be seen in Europe’s arms industry. And they are backed up by Bible prophecy!

Japan had originally planned to shut down its military base in Djibouti after successfully combating piracy in the waters off East Africa, but recent reports say the nation’s Defense Ministry wants to keep it open indefinitely.

Why is Japan interested in a sea so distant from its shores? To what extent will such efforts undermine Article 9 of Japan’s pacifist Constitution? What does the Bible say about it? Read “Japanese Military to Expand Base in Djibouti” and “Why the Trumpet Watches Japan’s March Toward Militarism” to learn more.

The United States Conference of Catholic Bishops condemned the Trump administration’s immigration policies on November 14 and pledged to assist Central American immigrants who are marching toward the U.S. border.

By doing so, it’s going against a Supreme Court ruling.

Catholic priests and bishops across Latin America are actually helping migrants leave their countries to enter the U.S. illegally. One reason the U.S. Conference of Catholic Bishops acts like an open-borders lobby is that it receives thousands of new parishioners and billions of dollars by encouraging mass immigration into America. It’s all part of the Catholic Church’s prophesied strategy to weaken America’s Protestant base and ultimately transform it into a Roman Catholic nation.

In 2017, Canada’s finance minister exclaimed that the Canadian economy was “firing on all cylinders.” The International Monetary Fund forecast Canada would lead all other G-7 nations in economic growth. Things certainly seemed rosy. Now a year has passed, and the data is proving that Canada’s economy is not as robust as expected. In fact, it’s in a very dangerous position.