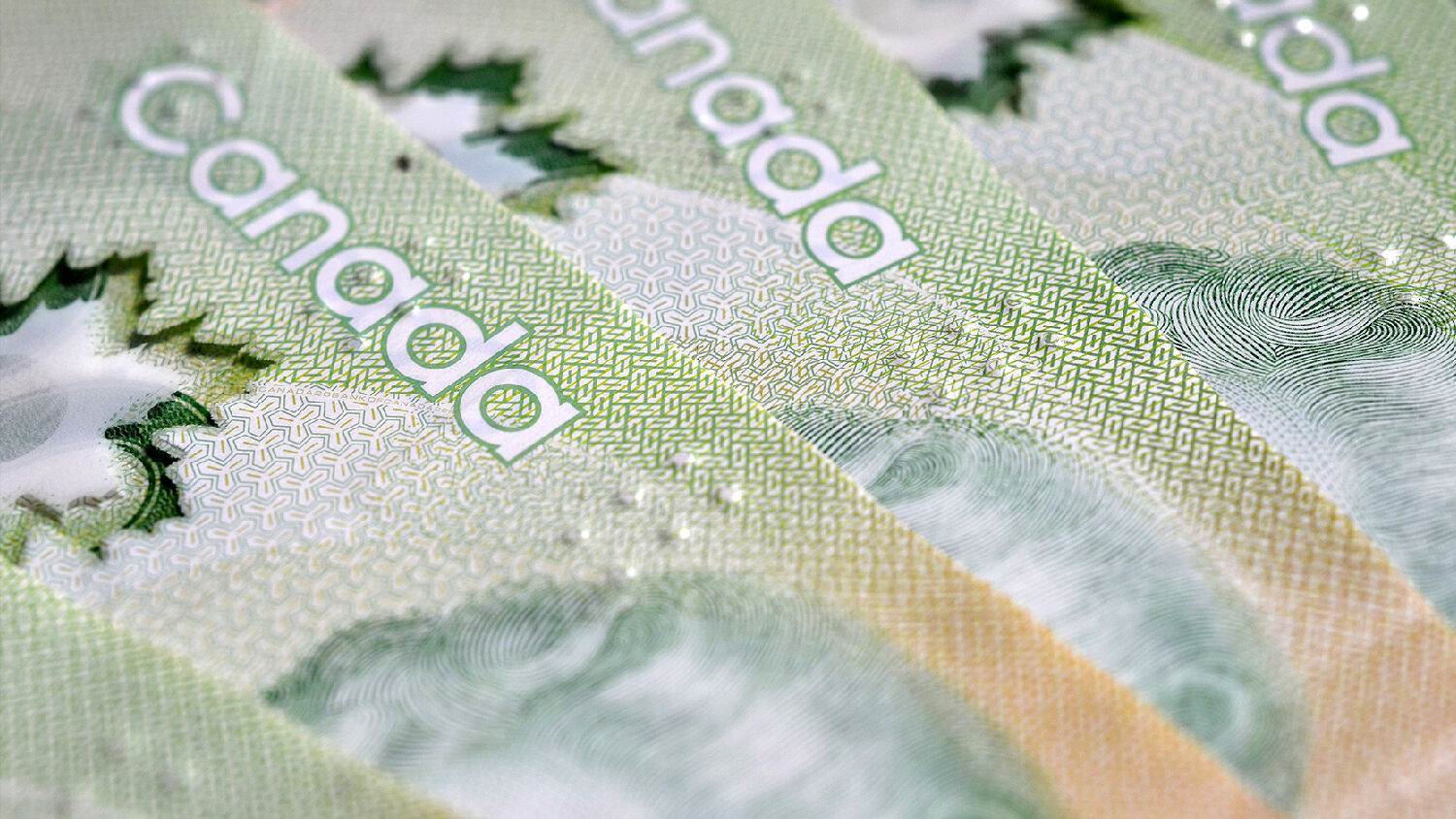 Consumer debt is driving the economy in a dangerous direction.

In 2017, Canada’s finance minister exclaimed that the Canadian economy was “firing on all cylinders.” The International Monetary Fund forecast Canada would lead all other G-7 nations in economic growth. Things certainly seemed rosy. Now a year has passed, and the data is proving that Canada’s economy is not as robust as expected. In fact, it’s in a very dangerous position.

Earlier this year, the Bank for International Settlements (bis) published the latest edition of its report “Early Warning Indicators of Banking Crises.” The report measures a number of national economies against metrics that predict future banking crises. As Geopolitical Futures reported, Canada’s economy is headed in a very dangerous direction:

The metrics include the difference between current and historical ratios of private, nonfinancial debt to gross domestic product—the credit-to-gdp gap—and the ratio of outstanding debt to income, known as the debt service ratio, at the national and household levels. When these early warning indicators cross a certain threshold, the bis highlights them in amber. When they cross a higher threshold, indicating an even greater likelihood of a banking crisis, it turns them red. All of Canada’s indicators are red or orange, meaning conditions in the country’s banking system are favorable for a crisis within the next three years.

Debt in Canada is reaching unsustainable rates, and more and more analysts are beginning to sound the alarm. According to Canada’s Toronto-Dominion Bank, costs to service Canadian debts are on track to surpass all previous records. They report that by 2020, interest principal payments will exceed 15 percent of disposable income for Canadian families. That would break the record set in 2007, just before the financial crisis of 2008. Trends are clearly building the same way they were back then.

This problem is exacerbated by the fact that the Bank of Canada has been slowly raising interest rates since the middle of 2017. This is putting the squeeze on more and more Canadians who are maxed out on debt. The Toronto-Dominion Bank reported that rising interest rates would require households to spend between $300 and $526 more per month to service debt.

With the cost of servicing debt growing for everyday Canadians, the expectation is that bankruptcy claims will rise. While claims have remained stable over the last few years, a report by the Canadian Association of Insolvency and Restructuring Professionals predicts that 2019 could see a huge spike in claims. Their study of 20 years of Canadian data found that there is generally a two-year lag between the rise of interest rates and the rise in bankruptcy claims. The middle of 2019 will mark two years since interest rates began climbing. It’s unknown how many claims there will be, but there is a strong expectation they will rise.

The problem stems back to the fact that Canadians are hooked on debt. For years, record-low interest rates have made borrowing essentially free. But the day of reckoning is approaching. Data from the government shows that Canada’s debt-to-income ratio is about 170 percent: That means that for every dollar of disposable income, the average Canadian owes $1.70. And that’s just the average. As the Bank of Canada aptly reports on its own website, “Notice that the 170 percent figure represents an average across Canadian households. It includes all those who have little or no debt, which means, to make the average level of debt so high, it also must include some very highly indebted Canadians.” It goes on to show that 8 percent of indebted households owe 350 percent or more of their gross income.

Canadians fail to recognize the dangers of debt. Complicit in the problem are lenders who make debt more and more appealing. A study from early 2018 by J.D. Power Inc. found that 55 percent of new car sales in Canada were financed over an 84-month period or longer. That’s a seven-year car loan! Comparatively, less than 10 percent of loans for new cars in the United States were taken out for the same length of time.

While the standard term length used to be five years, lenders have found that Canadians are favoring longer terms. Consumers get a brand new car for cheaper monthly payments, and lenders make more in interest. The danger is that many who take out these loans end up losing money in the long run. When it comes time for a new car a few years down the road, consumers owe more on their loan than the car is worth.

The same problem of losing money on a loan is evident in the housing market. Canadian housing is the third-most overvalued housing market in the world, with houses 56 percent overvalued. Leaving that aside, Canadians have worsened their situation through borrowing money against their overvalued homes. With low interest rates, there has been a rise in Canadians taking out home equity lines of credit (heloc). Canadians began borrowing money against the value of their own homes. These loans generally only require you to pay the interest each month or a small percentage of the principal.

Originally these lines of credits were offered by the banks for home improvements to increase the value of a house. But they aren’t restricted to just that, and Canadians have used them for just about everything. The Financial Consumer Agency of Canada (fcac) reported last year that these lines of credit had been used to fund the purchase of depreciating assets, such as cars, and even speculative stocks. From a financial standpoint, these are costly decisions.

Once the term limit is up on these loans, they either need to be paid off or refinanced. A recent study by the fcac found that 25 percent of heloc holders have only been paying the interest on these loans most months. With interest rates going up, there will be even less of a chance that these debts will be paid. The study found that just over 60 percent of those surveyed who were paying only interest said they planned to pay off their lines of credit over the next five years. However, fcac commissioner Lucie Tedesco suggested that was “overly optimistic.” That’s because the average Canadian heloc balance is $70,000. Rising interest rates means those loans will have to be refinanced at more expensive rates, costing Canadians even more. As Geopolitical Futures wrote, “In some instances, borrowers wind up owing more on a heloc than the value of their homes, a particular danger in inflated housing markets like those in most Canadian cities.”

All these factors are leading to a perfect financial storm, one that Canadians are deeply troubled by. There could be as many as three more interest rate hikes in 2019. Higher interest means higher interest payments, which many Canadians cannot afford. A survey conducted by the Canadian Broadcast Corporation found that almost 75 percent of Canadians are worried about rate hikes. It found that 58 percent couldn’t afford a $100 per month increase to their debt costs, or any other costs. They would have to change their spending habits or sink deeper and deeper into debt.

Looking at these terrible economic trends, it leaves no doubt that Canada is on its way to an economic crisis. However, while the bis issued its harrowing warning earlier this year, the Trumpet has been forecasting a decisive economic crisis in Canada for decades. How could we make such a prediction? Like all of the Trumpet’s forecasts, our analysis of world events is made under the clear light of Bible prophecy. God revealed thousands of years ago what would happen in the world “in the last days.” This is the time period we live in right now, just before the prophesied Second Coming of Jesus Christ.

How does Canada fit into Bible prophecy? If you would like to know, then request and study our free book The United States and Britain in Prophecy. God has a lot to say about those two nations, and Canada, as a former colony of Great Britain, is included in these prophecies. These nations, which have been so richly blessed by God, have turned to sin and rebellion against God. As a result, God says they are cursed! One key prophecy outlining the curses God pronounced for their rebellion is found in Deuteronomy 28. God spelled out exactly what would happen for their sins, and we are seeing this play out today. In verse 44, God shows that one of the curses would be debt—debt that can’t be repaid. This leads to total economic collapse.

Canadians may have thought debt a blessing as they enjoyed all kinds of material things purchased on credit at super low interest rates. But debt is a curse! It is a trap that only gets worse and worse.

Perhaps you are caught in the vicious cycle of debt, unsure how to escape. Perhaps you’re not, but want to storm proof your financial house. Our free booklet Solve Your Money Troubles! offers practical ways to guard against the worsening economic times we live in. It will help do exactly what the title states.

But those steps will only help you to a certain point. Total economic collapse is prophesied to come. That’s why it’s important to read our free book The United States and Britain in Prophecy. This book reveals the cause behind Canada’s economic woes. It forecasts the devastating curses about to befall the nation. It outlines how you personally can escape those curses. And it shows the glorious hope for Canada—and the entire world—when Jesus Christ returns to bring peace, prosperity and true abundance to all mankind.