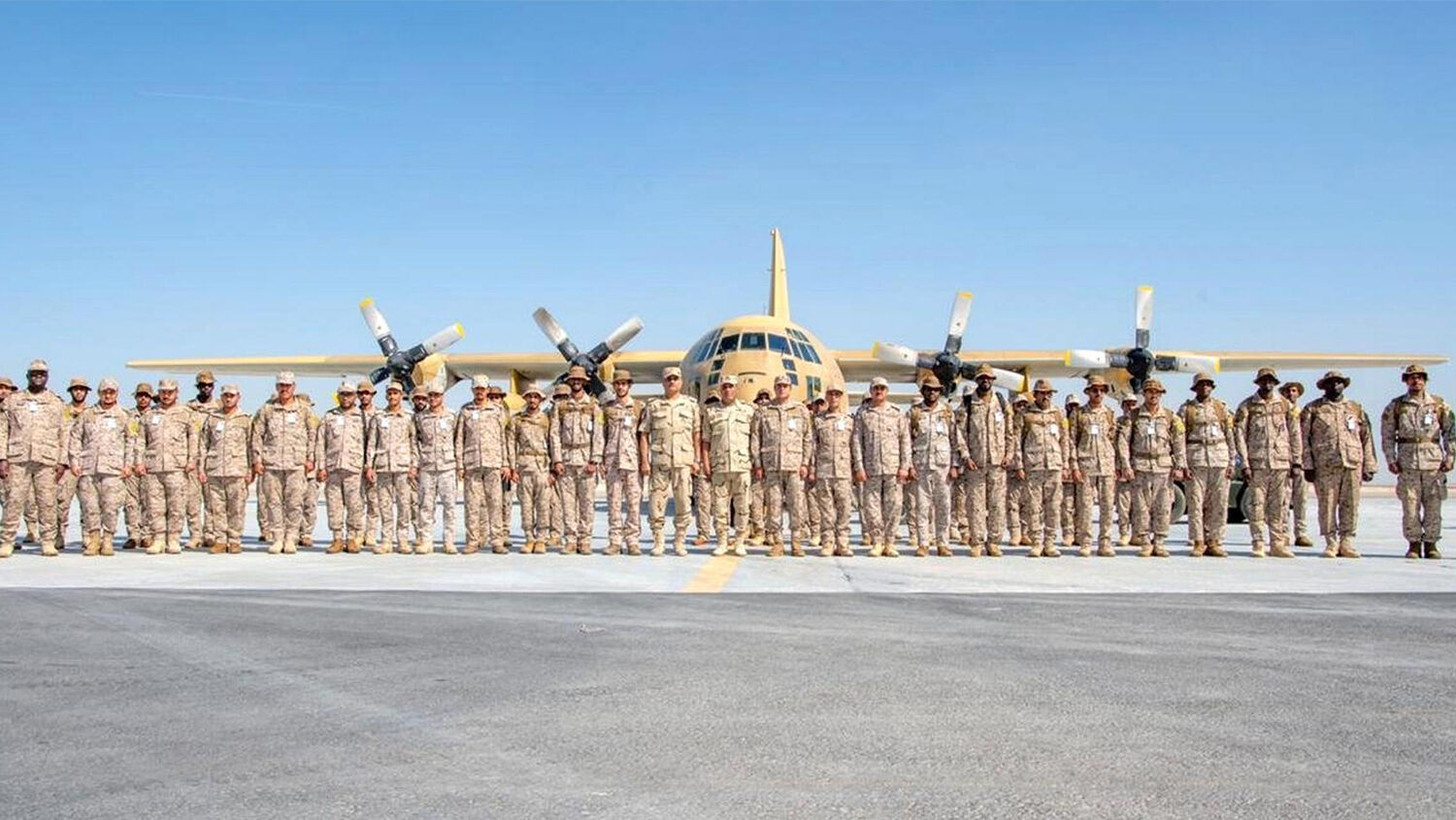 An alliance is forming that will be instrumental in conquering Iran—and the United States, Britain and Israel!

Egypt is hosting the two-week long Shield of the Arabs 1 (also referred to as Arab Shield 1) military drills, in which land, sea and air forces and equipment from Saudi Arabia, Kuwait, Bahrain, the United Arab Emirates and Jordan are participating. Lebanon and Morocco have sent observers and advisers.

These drills are designed to “develop and strengthen military cooperation between the armed forces of the Arab countries,” said Saudi Brig. Gen. Abdullah bin Yusuf al-Jasser. Despite this goal to unify certain Arab nations, one notable absentee from the exercises was the nation of Qatar.

A number of nations, including some fellow members of the Gulf Cooperation Council (Saudi Arabia, Bahrain and the United Arab Emirates), severed diplomatic ties with Qatar in 2017 after accusations were made that the nation supported terrorism.

The group of nations participating in these drills falls mostly in line with a prophecy that the Trumpet has been watching for its fulfillment for years. This prophecy is outlined in our short article “The Psalm 83 Alliance.”

“The tabernacles of Edom, and the Ishmaelites; of Moab, and the Hagarenes; Gebal, and Ammon, and Amalek; the Philistines with the inhabitants of Tyre; Assur also is joined with them …” (Psalm 83:6-8). This prophesied end-time alliance of nations is in the process of forming right now. Of course, today we do not have any nations called Edom, Moab, Gebal, Assur, etc, but looking into the origins of modern nations, we can trace who these ancient names represent:

This accounts for six of the eight participants in the Shield of the Arabs 1 military drills: Saudi Arabia, Kuwait, Bahrain, the United Arab Emirates, Jordan and Lebanon.

The Psalm 83 prophecy relates to another prophecy found in the book of Daniel. “And at the time of the end shall the king of the south push at him: and the king of the north shall come against him like a whirlwind, with chariots, and with horsemen, and with many ships; and he shall enter into the countries, and shall overflow and pass over. He shall enter also into the glorious land, and many countries shall be overthrown: but these shall escape out of his hand, even Edom, and Moab, and the chief of the children of Ammon. He shall stretch forth his hand also upon the countries: and the land of Egypt shall not escape. But he shall have power over the treasures of gold and of silver, and over all the precious things of Egypt: and the Libyans and the Ethiopians shall be at his steps” (Daniel 11:40-43).

Edom (Turkey), Moab and Ammon (Jordan) are mentioned in this passage: “but these shall escape out of his hand, even Edom, and Moab, and the chief of the children of Ammon.” Notice that when the king of the north attacks the king of the south, Turkey and Jordan will escape. Why? Because they are allied with Germany, as prophesied in Psalm 83.

But Egypt, Libya and Ethiopia will be conquered: “the land of Egypt shall not escape … and the Libyans and the Ethiopians shall be at his steps.” Those nations are not mentioned in the Psalm 83 alliance. They are in the Iranian camp. Daniel 11 and Psalm 83 align perfectly.

The Trumpet has been watching the shifting allegiances in the Middle East for decades. These Shield of the Arabs 1 military drills are another step leading to the fulfillment of Bible prophecy. Saudi Arabia and its neighbors, along with Jordan and Lebanon, are strengthening their militaries and preparing for an inevitable clash! Watch for the other members of the Psalm 83 alliance to shift closer and closer to Germany as well.

Even though Egypt is hosting the Shield of the Arabs 1 drills, in the end, this country will not be allied with Saudi Arabia and the other nations taking part in the drills. Based on what you can read in your own Bible, you can expect Egypt to draw closer and closer to Iran.

As instrumental as the Psalm 83 alliance will be in conquering Iran, it will not stop there. This group of nations has a much loftier goal: conquering the United States, Britain and Israel.

“Keep not thou silence, O God: hold not thy peace, and be not still, O God. For, lo, thine enemies make a tumult: and they that hate thee have lifted up the head. They have taken crafty counsel against thy people, and consulted against thy hidden ones. They have said, Come, and let us cut them off from being a nation; that the name of Israel may be no more in remembrance. For they have consulted together with one consent: they are confederate against thee” (Psalm 83:1-5).

In this prophecy, “Israel” refers to more than just the Jewish nation in the Middle East currently bearing that name. The end-time nations of Israel consist principally of the United States, the United Kingdom and Israel in the Middle East. (Read our free book The United States and Britain in Prophecy, by Herbert W. Armstrong, for proof.) Germany and its allies in the Middle East will conspire against the modern-day nations of Israel, and they will be used to punish them for their sins. This is all leading to the destruction of America, Britain and Israel: It is a crucial part of Bible prophecy that you need to watch!

But Bible prophecy does not end with the nations of Israel in ruins. Mr. Flurry writes about Israel’s incredibly bright future in his free booklet Great Again:

God promises that there is real hope in America’s end! The same Bible that prophesied America’s fall also prophesies that its brightest days are yet to come! …

When God chose the biblical nation of Israel, He intended it to be an example and a blessing to all nations, leading them into a relationship with Him (read passages like Deuteronomy 4:5-8). Though that nation failed, the goal that God had for Israel anciently is still one He intends to accomplish. God still wants Israel’s descendants to fulfill the glorious purpose of serving as a shining example to the world! And one day soon, they will be! …

Jeremiah 33 also depicts the time after America and Britain have endured the Tribulation. God promises to restore prosperity to them and make them a positive example. They will become “a praise and an honour before all the nations of the earth, which shall hear all the good that I do unto them: and they shall fear and tremble for all the goodness and for all the prosperity that I procure unto it” (verse 9). Yes, people will be moved to worship God at His outpouring of generosity and love toward these nations!

Yes, America, Britain and Israel face a grim fate in the immediate future. But beyond that—once the people of Israel repent of their sinful ways and turn to God—God has an extremely bright, prosperous, joyful future in store for them, and for the whole world!