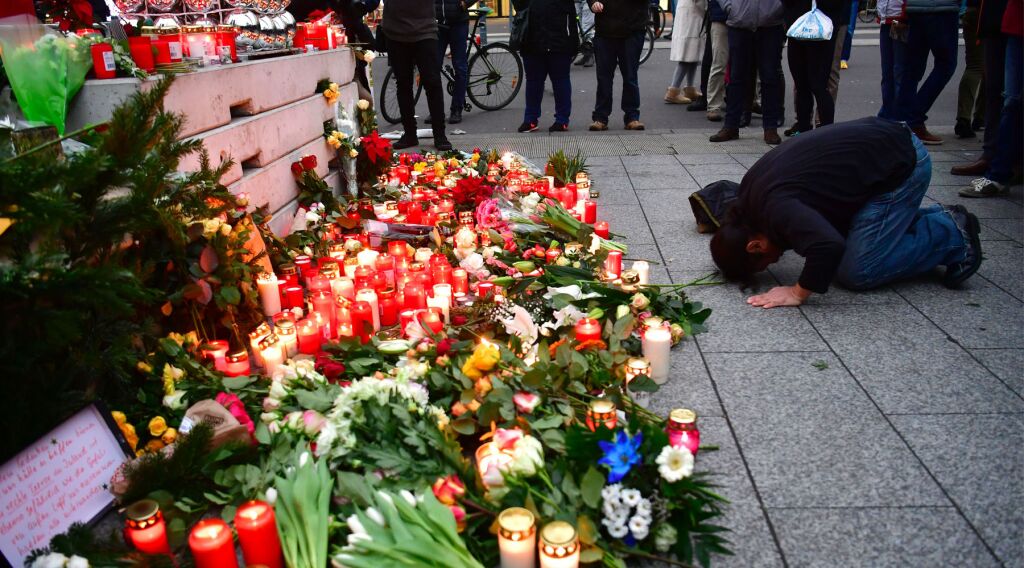 Germans are grappling with a choice between who they want to be and who they need to be.

Wow, there it is. The gruesome, heart-wrenching terrorist attack on Germany’s capital that many expected, and that the West’s radical Islamist enemies warned was coming. The question now is, what effect will this attack have on Germany and Europe?

Only time will tell. But there is reason to think that this could be a game changer. One analyst said Tuesday morning that this could be Germany’s 9/11. It’s easy to exaggerate in moments like this, but he may be right. The death count isn’t nearly as high, but the symbolism and more importantly the consequences—on Germany and Europe, and even the international community—could be similar.

On Monday, a man in a truck mowed into a crowd in a Berlin Christmas market, killing 12 and injuring 48 others. The attack joins the already long list of Islamist terrorist attacks on Europe, a list that includes the Charlie Hebdo slaughter (12 deaths), the November 2015 Paris attacks (130 deaths), the Brussels bombings (32 deaths), the Cologne sexual assaults (1,200 victims), the Nice massacre (84 deaths), the Würzburg ax assault (5 injured), the Reutlingen attack (1 killed, 2 injured), the Munich shooting (9 deaths), and the Ansbach festival suicide attack (15 injured). But what happened in Berlin is likely to impact Germans more profoundly than these. Why?

For now, three reasons: the timing, the target and the location.

The timing of Monday’s attack, less than a week before Christmas, resonates powerfully with the German people. Germans have a special, fervent love of this holiday. The Christmas tradition is rooted in ancient Babylon, but was perpetuated particularly well by the Germans. This wasn’t just an attack on a crowd of people, a community or even a city. It was an attack on a deep-seated cultural and social tradition. It was an attack on what it means to be German, at least at this time of the year. “During the last months of the year, Germany is extra popular because of its Christmas markets,” explains Berlin-Enjoy.com, a popular travel blog. “The German Christmas atmosphere is different from most other countries in the world. The German people simply love Christmas and this can be observed on the streets, in the shopping centers and even around touristic attractions.”

Visiting Germany last week, I witnessed this unique and deep affection. Last Wednesday evening I wanted to have dinner with a German friend, but it was almost impossible to find a restaurant with a spare table. In the end we found one and sat down, surrounded by happy Germans in red hats opening gifts. “We Germans love Christmas,” explained my elderly German friend.

Today this love of Christmas is perhaps more cultural and social than spiritual or religious. Be that as it may, Christmas is obviously a distinctly Christian belief and practice. The radical Islamist terrorists know this, which no doubt adds to the “glory” and success of Monday’s attack for them. But so do the German people, and many will view this as an assault on Germany’s Christian heritage. There is already growing momentum in Germany (especially in the conservative, traditional south) and Europe to revive and defend Europe’s Christian roots. This trend isn’t patently obvious; Europe’s churches aren’t exactly overflowing. But look at the politicians and parties whose popularity is growing, like François Fillon in France and Geert Wilders in the Netherlands. These and a host of others all seek to revive Europe’s Christian heritage.

It will be hard for us foreigners to detect, but Monday’s attack will drive home the message to Germans that Germany’s Christian culture, its Christian traditions, and its Christian values and morality are under attack. The response, quite naturally, will be for growing numbers of Germans to gravitate toward the politician or political party they believe will best defend them. Hint: That politician is not Angela Merkel.

Next, consider the specific target of this attack. One measure of the Germans’ love for Christmas is the sheer number of Christmas markets that pop up in villages, towns and city centers across the nation at this time of year. They vary, but many Christmas markets include glitzy lights, a large Christmas tree, street performers, countless stalls selling trinkets and gifts, and plenty of food and beer. “One of the greatest things you can visit in November-December are the Christmas markets,” explains Berlin-Enjoy.com. “Also in the city of Berlin you can visit many great Christmas markets and most of them already start in the end of November.”

Some of these Christmas markets are internationally renowned. Tourists travel from all over the world to Germany at this time of year to visit these markets. The market attacked Monday in Berlin, the Weihnachtsmarkt am Gedächtniskirche, is one of Berlin’s most popular. Tourist guides place it in the top five in the country; more than 2 million people visit each year. This wasn’t a tiny market in some obscure village in east Germany. If you’re American, what happened in Berlin is akin to a 50-ton truck thundering down 6th Avenue and plowing through spectators at the Macy’s Thanksgiving Day Parade.

That would be pretty awful, and it would make millions of Americans angry—very angry.

After this attack, it’s hard to imagine attendance not suffering at other Christmas markets across Germany. People who do visit the markets will do so anxiously and with an eye out for rogue vehicles. This will sour the festive spirit and national mood of Germany. Stealing Christmas in this way will impact the minds of many Germans in a unique and personal way.

Finally, consider the location of this attack: Berlin. There is much to consider here. Berlin is Germany’s capital and, in many respects, the capital of Europe. It is home to the Bundestag, most of Germany’s intellectual and political leadership, and, of course, the most powerful person in Europe, Angela Merkel. What happened Monday shows that radical Islamist terrorism is not being stopped, not even in Europe’s most important city. You can be sure that message will be told over and over and over.

But Berlin is more than just a national capital.

Berlin is Germany’s shining city on a hill. It’s a symbol of the progress and achievements of postwar and post-unification Germany. Berlin is a glowing testament to Germany’s incredible post-unification transformation, and a prophecy—in the eyes of the German elite—of Germany’s future.

During the Cold War, Berlin was a divided, dilapidated city. Since 1989, however, it has become one of Europe’s most vibrant, wealthy, sophisticated and liberal cities. Berlin is cosmopolitan and multicultural—a city marinating in various cultures, races and religions. Time magazine in 2009 called Berlin Europe’s capital of “cool.”

All this matters because of the mentality and spirit behind Berlin’s stunning transformation. Berlin was created by German liberals and today is the epicenter of German liberalism. To Germany’s intellectual and political class, the city of Berlin—its culture, laws, atmosphere, politics and media—embodies what it means to be a post-unification German. That is, secular, sophisticated, tolerant, nonjudgmental, open-minded, multicultural, environmentally friendly.

Berlin is home to Germany’s leaders and trendsetters, the intellectual elite, people working in the mainstream media, members of the mainstream political parties, the nation’s top journalists, professors, artists and politicians. And it’s from Berlin that these liberal leaders seek to transform the rest of the country into Berlin. From Berlin they beam their message of tolerance, multiculturalism and secularism to the rest of the nation.

This attack in Berlin—a city that supposedly testifies to the countless benefits of being multicultural, progressive and sophisticated—dealt a significant blow to German liberalism. Many Germans will spend Christmas 2016 pondering this attack and seeing more clearly than ever how it exposes the deep and dangerous flaws of multiculturalism, secularism, tolerance and open-mindedness.

Time will tell, but this could be a milestone event in the evolution of the post-unification German psyche. This attack could mark the moment Germany stopped moving toward being progressive, secular and multicultural and began moving much more quickly toward its more traditional, conservative, nationalist roots.

Berlin today is a city in which altruistic dreams are meeting grim reality. Being open-minded and multicultural can be wonderful and empowering—until an Islamist terrorist hijacks a lorry and plows into innocent bystanders enjoying a Christmas market. Being altruistic and welcoming of migrants may feel great—until migrants begin waving Islamic State flags and stalking your teenage daughters.

Harsh realities like the Berlin attack will force Europeans to substitute postwar values with basic human urges. Tolerance will be replaced by prejudice, multiculturalism by patriotism, the community spirit with a greater determination for self-preservation and self-advancement.

This is the new reality: Berliners, the German people—and even Europeans in general—are grappling with a choice between who they want to be and who they need to be. The message from Berlin is that while many Germans might want to be progressive, open-minded and tolerant, they need to be more cynical, more unforgiving and more confrontational.

And this, you can be sure, is a trend that will affect us all!