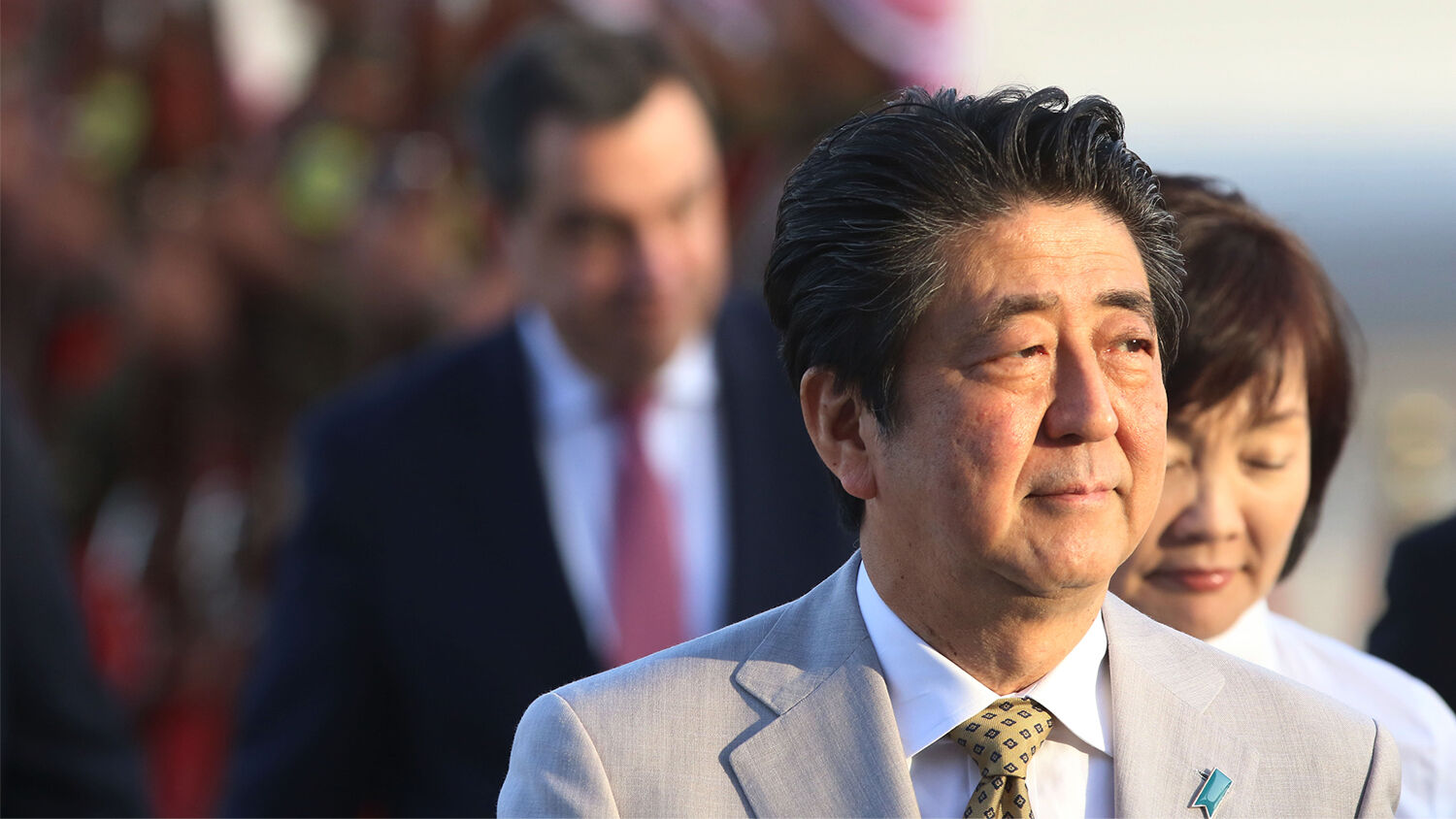 Prime Minister Shinzō Abe steps up efforts to change Japan’s Constitution to allow the creation of a military force by 2020.

“Let’s fulfill our mission by clearly writing in the Constitution the Self-Defense Force that protect peace and independence of Japan,” Prime Minister Shinzō Abe said on September 9, reiterating his support for changing Japan’s Constitution to allow for a military.

The second clause of Article 9 of the Constitution says, “Land, sea and air forces, as well as other war potential, will never be maintained.” Nonetheless, Article 9 allowed Japan to create its own military strictly for the purpose of defending its own borders. This de facto military is known as the Japan Self-Defense Force (sdf).

Prime Minister Abe wants to officially change this policy. And he wants to do it by next year.

Abe believes the current sdf violates the Constitution. Grant Newsham, a senior research fellow at the Japan Forum for strategic Studies in Tokyo, told voa News that the prime minister wants the Constitution to acknowledge the existence of the sdf as a “legal organization with the aim and position of protecting the country.” If legalization of Japan’s military is successful, it will allow the sdf to send troops overseas for military action.

Abe has given a proposal to parliament that would retain the first and second clause of Article 9. But he wants to add a specific reference to the sdf in the second clause, legitimizing Japan’s military as an offensive force. A Mainichi newspaper survey published in January showed that 31 percent of the public favored Abe’s proposal while 12 percent said the proposal needs to be more “drastic.”

If the parliament passes the proposal, a public referendum will be held nationally, and a simple majority must vote in favor of the proposal. According to a poll conducted by Yomiuri Shimbun in March and April, 51 percent said it would be better to revise the Constitution, and 46 percent said they are against revising.

This proposed constitutional change would send a message to the world that Japan is ready to defend itself. This comes against the backdrop of a United States that is slowly backing away from its defense commitments, a belligerent China that is militarizing islands in the South China Sea, and a North Korea that is testing nuclear weapons that could raze Japan. Considering these dangers, many people see Japan’s taking a more assertive military role as a positive step.

But for so many others, Japan’s steady military growth, especially in changing its Constitution, sounds alarm bells. Why?

For the answer, consider why Article 9 was written in the first place. Many nations surrounding Japan have not forgotten what it did more than 70 years ago. They view a militarized Japan with deep anxiety.

In the Nanjing Massacre of 1937, Japanese soldiers murdered over 200,000 Chinese civilians. Groups of Japanese soldiers roamed the city of Nanjing, murdering, looting, burning, bayoneting and beheading anyone they found. In four weeks, at least 20,000 Chinese women were gang-raped, mutilated and killed. After this massacre, many more atrocities followed in Korea, the Philippines and other countries.

The people of Japan embody many exceptionally noble and admirable traits. Their cultural and technological contributions have enriched the human experience for millions around the globe. But as a result of historic revisionism, a dangerous number of modern Japanese view their nation’s wartime atrocities with pride. In light of this pride, it is easy to see why the … constitutional reinterpretation is a matter of concern to many of Japan’s neighbors.

The Trumpet and the Plain Truth magazine have forecast for almost 50 years that Japan would remilitarize. In 1971, when Japan was still staunchly pacifist, Plain Truth editor in chief Herbert W. Armstrong wrote:

Mr. Armstrong’s forecasts were informed by his knowledge of Bible prophecy. Specific Bible prophecies show that in the end time, Japan will be part of a bloc of Asian nations called the “kings of the east” (Revelation 16:12). Ezekiel 38:1-2 show that a massive Asian conglomerate will be led by Russia. Verse 6 shows that “Gomer” and “Togarmah”—ancient names for the people that make up modern Japan—will be a part of this powerful Asian group. This indicates that Japan’s Article 9 will have to be revised for Japan to fully and rapidly develop its military power once again.

To understand why the Trumpet watches Japan’s march toward militarism, please request a copy of our free booklets Russia and China in Prophecy and He Was Right.