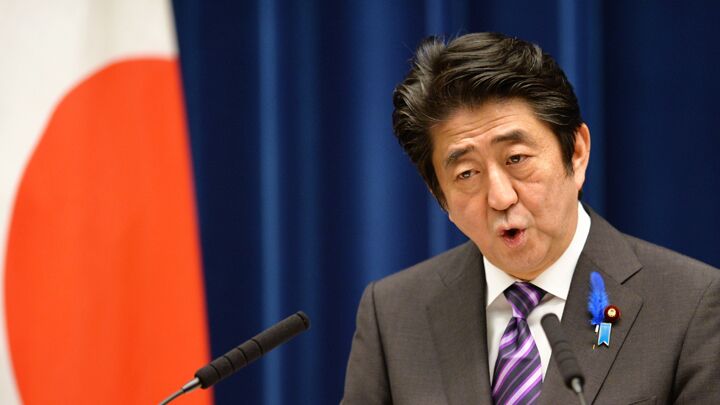 After Japan wreaked some of the worst brutality in mankind’s history and then surrendered in World War ii, global powers were anxious to ensure it would never happen again. The solution was Article 9. This was a clause the United States wrote into Japan’s postwar constitution that forbids the nation from building a military any larger than what is needed for self-defense of its immediate geography, and bans its right to “collective self-defense” or helping a friendly nation under attack.

For the last 70 years, Tokyo has interpreted the ban on collective self-defense as strictly limiting Japan’s forces to acting in its own defense, never in defense of its allies, and never in any conflict away from Japan.

But on July 1, Japan’s cabinet reinterpreted the ban, which essentially scrapped it. The move marks the largest shift in Japan’s defense policy since 1954, when the nation established its postwar armed forces. It was a great stride away from the pacifism that has defined Japan for the last 70 years, and a historic win for Prime Minister Shinzo Abe who has pushed hard for the change despite some opposition.

Japan can now use its large, cutting-edge military in ways that would have been unthinkable just a few years ago. If a U.S. ship is under fire, Japan can assist it. If a North Korean missile is aimed at an Australian ship, Japan can shoot it down. If the United Nations is involved in a “gray zone” activity, Japanese troops can participate.

Is there anything wrong with America letting Japan expand its military power so it can help look after U.S. interests in the region? Isn’t Japan a reliable, trustworthy, peaceful nation?

For the answer, consider why Article 9 was written in the first place. Many nations—especially those that neighbor Japan and experienced the wartime behavior that led to Japan’s forced pacifism—view a rearming Japan with deep anxiety.

Japan is notorious not only for wartime savagery, but also for failing to express much remorse for pitilessly invading its neighbors. It has also rewritten history to downplay its crimes.

In the Massacre of Nanking, for example, Japanese troops slaughtered over 200,000 Chinese civilians. The cruelty was known among the military’s highest officers, including the chief commander of the invasion, Emperor Hirohito’s uncle. These atrocities were committed with the royal stamp of approval for the purpose of burning fear into the hearts of those living in the cities and nations Japan planned to invade next.

Postwar Tokyo has apologized for instigating aggressive wars, but the apologies have been regularly undercut by revisionist statements from leading voices, including that of Mr. Abe.

Textbooks used in Japan’s school system are also notorious for glossing over or ignoring the country’s wartime barbarism. Some fear that since Japanese students aren’t learning this history, the nation is forgetting its past and new generations could be likelier to repeat it. Mr. Abe has addressed this, saying he wants to further beautify Japan’s wartime history so Japanese children can be proud of their past.

The people of Japan embody many exceptionally noble and admirable traits. Their cultural and technological contributions have enriched the human experience for millions around the globe. But as a result of historic revisionism, a dangerous number of modern Japanese view their nation’s wartime atrocities with pride. In light of this pride, it is easy to see why the July 1 constitutional reinterpretation is a matter of concern to many of Japan’s neighbors.

We are not pacifist in that sense. … Japan isn’t remilitarizing—we are already there.
Narushige Michishita

Japan’s decision to scrap the ban on collective self-defense is of profound significance, but the reality is that Japan has long been building toward a military capable of more than defense. Narushige Michishita, a former adviser to Japan on defense and now director of the security and international program at Tokyo’s National Graduate Institute for Policy Studies, explains:

We are not pacifist in that sense. … Japan isn’t remilitarizing—we are already there.

Michishita says it was “very convenient” that the U.S. has pushed long and hard for Japan to take up a more assertive military posture. “We didn’t have to get involved in conflicts. But now the U.S. wants Japan to be more proactive,” he said.

Gen. Douglas MacArthur and the U.S. officials who wrote Japan’s constitution were experienced and world wise. If they were around today, they would recognize Japan’s shifting tides and take action to reverse them. But U.S. leaders today are snubbing history, turning inward and pushing for dangerous geopolitical shifts. The barriers established to prevent another world war are being systematically dismantled.

Protests erupted in Tokyo and Seoul over Japanese Prime Minister Shinzo Abe’s decision to reinterpret Article 9 of the constitution on July 1, 2014.