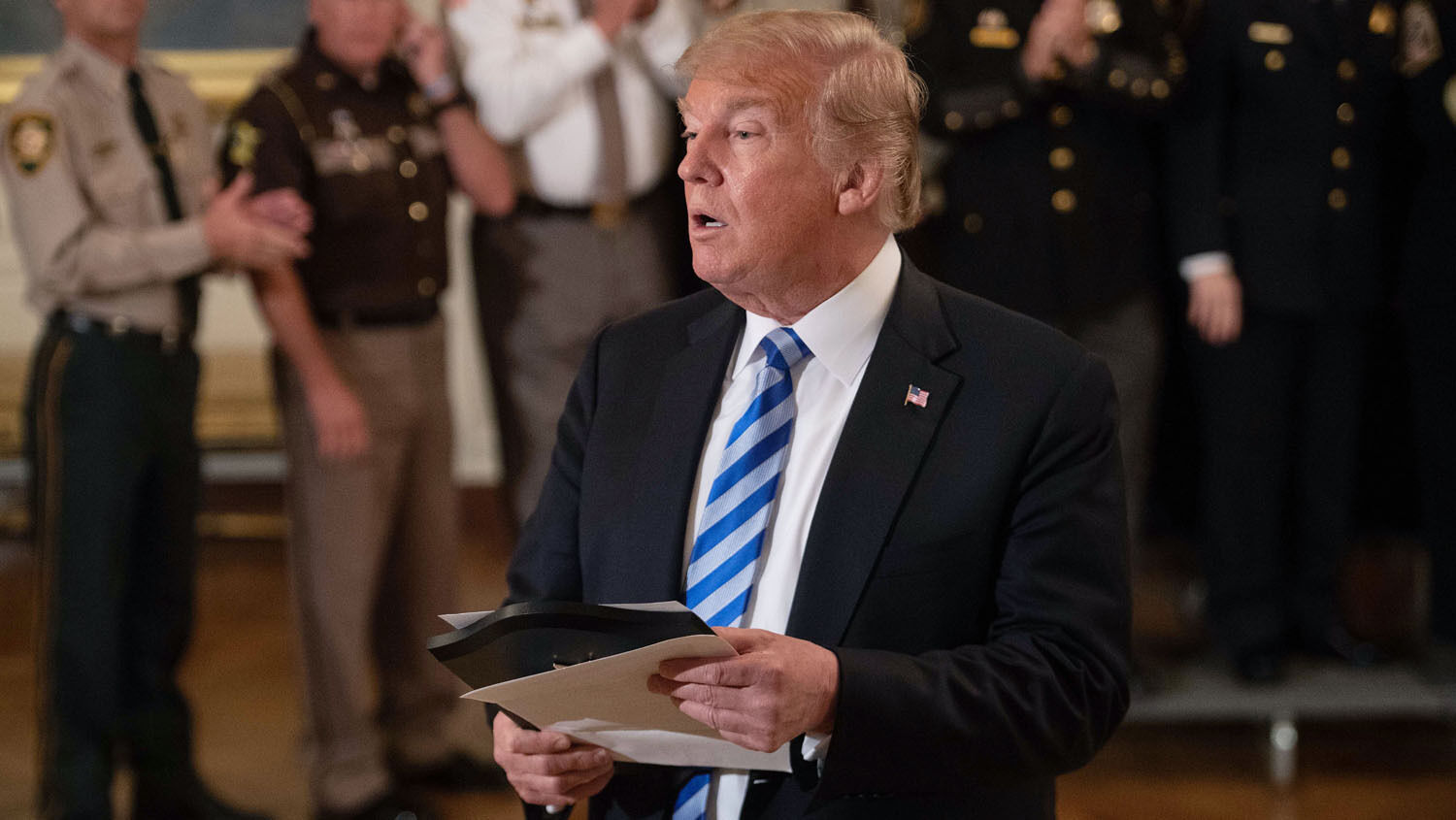 President Trump responds to an anonymous “senior official” who wrote an op-ed article titled ‘I Am Part of the Resistance Inside the Trump Administration’ in the New York Times on September 5.
NICHOLAS KAMM/AFP/Getty Images

Irony: Unelected bureaucrats say they are defending ‘democracy’ by actively undermining the man the people elected to be president.

A senior White House official wrote an essay titled “I Am Part of the Resistance Inside the Trump Administration” for the September 5 New York Times. The author claims to be part of a group of “like-minded colleagues” in the Trump administration who have “vowed to thwart” key parts of the president’s agenda. The Times concealed the author’s identity.

“We believe our first duty is to this country, and the president continues to act in a manner that is detrimental to the health of our republic,” the anonymous official wrote. “That is why many Trump appointees have vowed to do what we can to preserve our democratic institutions while thwarting Mr. Trump’s more misguided impulses until he is out of office. … From the White House to executive branch departments and agencies, senior officials will privately admit their daily disbelief at the commander in chief’s comments and actions.”

The fact that unelected bureaucrats inside President Donald Trump’s own administration are trying to thwart his agenda is hardly new information. Since President Trump was elected, a large amount of classified information has leaked from the government to the press. The majority of this information from anonymous sources has been designed to discredit, damage and possibly end his presidency.

Meanwhile, intelligence agencies have withheld intelligence reports from the president, and former spy chiefs have denounced the president as inexperienced, unstable, unethical and worse. Federal agents have raided the office of the president’s personal attorney. Bureaucrats have found ways to obstruct, slow down, openly challenge or simply ignore the president’s instructions. When President Trump has publicly criticized and fired officials for such behavior, news commentators have accused him of dismantling a pillar of American government.

These scandals, investigations, accusations and lies within the government are absolutely bewildering to many. But it all comes down to one definite, disturbing fact: The federal government is at war with itself.

A group of “like-minded” individuals is trying to thwart President Trump’s plan for America. Conservatives have labeled this group of unelected officials the “deep state.” The anonymous author of “I Am Part of the Resistance Inside the Trump Administration” denies being part of “the so-called deep state,” and says he or she is part of “the steady state.” But the terms “deep state” and “steady state” describe the same thing: a permanent bureaucracy of unelected officials who govern the country with increasing autonomy, decreasing transparency, and zero direct accountability to voters.

The irony is glaring: unelected bureaucrats defending “democracy” from the man that 30 out of 50 states elected to be president. If the bureaucrats in Washington, D.C., can dictate policies to the duly elected president of the United States, then Americans no longer live in a democratic republic. They live in an authoritarian technocracy run by powerful, unelected bureaucrats, civil servants, military leaders and intelligence agents.

Since political leftists do not control any of the three coequal branches of government—legislative, executive or judicial—they are turning to unelected bureaucrats to push their agenda. By publishing this op-ed, the New York Times is trying to drum up support for a group of “like-minded” officials working to undermine the U.S. Constitution.

Americans today are not living in the nation of their Founding Fathers or even of their own fathers. The nation’s government has evolved away from the constitutional republic it once was into an authoritarian technocracy. President Trump is leading a populist revolt against the American deep state. But the Bible reveals that this conflict will end in unprecedented bloodshed because of sin. This will be caused not just by America’s leaders, but by the American people as a whole (Isaiah 1:4-7).

To learn more about the deep state and the role it is playing in Bible prophecy, read “Is the ‘Deep State’ Real?”