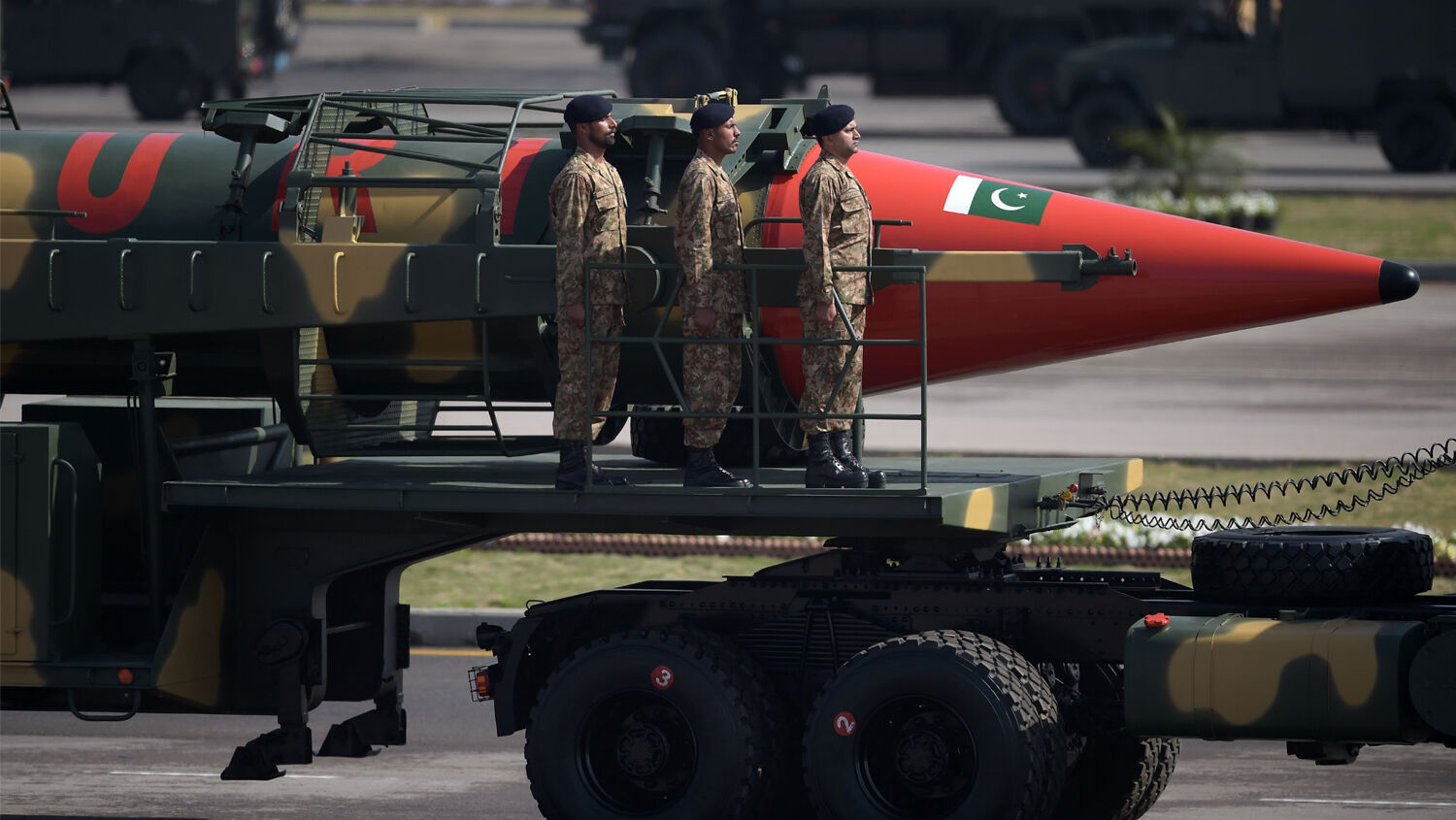 The world ‘must take action to prevent a global catastrophe before it is too late.’

“Pakistan is the most dangerous country in the world,” Michael Morell, a former acting Central Intelligence Agency director told Axios last month. Not only is Pakistan one of the nine nations that possess nuclear weapons, it is also a hotbed of intensifying Islamic radicalism that places the security of those weapons in question.

“[A]nti-state jihadist extremism is growing in Pakistan,” Morell said, “creating the nightmare society down the road: an extremist government in Islamabad with nuclear weapons.”

Several factors combine to make the situation in Pakistan a perfect storm that could culminate in a nuclear thunderbolt.

‘An Army With a Country’

It is often said that most countries have an army, but Pakistan’s army has a country.

“Let me tell you what I have learned from history,” Pakistan’s foremost human rights lawyer, Asma Jahangir, said to the bbc: “Our army doesn’t want power. It wants absolute power.”

The main reason the military wants to keep a firm grip on decision-making is due to its fears of Pakistan’s archrival, India. India has recently acquired $6.5 billion in new military hardware, plus Russia’s S-400 missile defense system. As the concerns over India intensify, the military’s grip on political power tightens.

Military leaders “have convinced themselves over years that India is an eternal enemy and that they are the only saviors of the country,” said Husain Haqqani, former ambassador of Pakistan to Sri Lanka, in an interview with Today’s WorldView.

This overreaching, nuclear-armed military extends considerable tolerance to some Pakistani-based jihadist organizations who have battled Indian troops in the Kashmir region, which India and Pakistan both claim. But it outright supports other terrorist groups. The Brookings Institute wrote on January 5 that “Pakistan has provided direct military and intelligence aid” to “the Afghan Taliban and its vicious Haqqani branch.”

Pakistan’s funding and support of these terrorist networks has resulted in “the deaths of U.S. soldiers, Afghan security personnel and civilians, plus significant destabilization of Afghanistan,” the report noted.

Yet Pakistan’s military continues assisting jihadists, partly in an effort to limit India’s influence in the region and partly because the Taliban is Pakistan’s only ally among Afghanistan’s numerous political factions.

With support for terrorists coming even from senior levels in Pakistan’s military, some experts fear that jihadists could get access to the nuclear weapons the military controls.

“I have good reason to be skeptical about Pakistan’s ability to keep its nuclear weapons safe from extremists,” Nabil wrote, adding that the international community “must take action to prevent a global catastrophe before it is too late.”

Nabil cited a 2014 incident in which the Taliban carried out a massacre at a school in Peshawar, Pakistan. Immediately afterward, Pakistan’s Atomic Energy Commission sent an urgent letter to the nation’s Strategic Plans Division, which is in charge of protecting the country’s nuclear weapons. The letter urged the division to devote more funding and effort to monitoring all personnel with knowledge of the nation’s nuclear weapons. “This letter, which has been kept secret until now, reveals just how concerned some Pakistani officials are—and how worried the rest of the world should be,” Nabil wrote.

Another worrying sign came when the Ministry of the Interior published a policy paper warning that many of Pakistan’s hundreds of terrorist groups are active in Punjab province, where most of the country’s nuclear weapons are located. The paper also sounded alarms over the increasing influence of the Lashkar-e-Taiba terrorist group within the ranks of the Pakistan Army and intelligence groups, and in the families of military officers.

Pakistan is the world’s sixth-most populous nation, with 207 million inhabitants. It is also one of the world’s youngest countries, with a staggering 64 percent of its total population below age 30. And 29 percent (58 million people) of the total population is between the ages of 15 and 29.

In recent years, the unemployment rate for that 15-to-29 age range has exceeded 9 percent, according to the latest data from the National Human Development Report. This is up from 6.5 percent in 2007. This means more than 5.2 million young people are unemployed, a number equivalent to the entire population of Norway.

With time on their hands and frustration in their hearts, many of these young people become interested in one of the hundreds of extremist and terrorist groups operating in Pakistan. Youths who lack education are often radicalized and assimilated into jihadist groups. But individuals who have education—and yet still fail to find gainful employment—are even more susceptible.

“[F]rustrated expectations of individuals for economic improvement and social mobility” is a major driver for radicalization among youth in the general population, the United States Agency for International Development found in a 2011 study. Last year, a Brookings Institute study showed that “[i]ndividuals with secondary educations who are unemployed or underemployed have the highest risk of becoming radicalized.”

As youth unemployment continues to rise, so too does the number of potential radicals who can be assimilated into groups like the Lashkar-e-Taiba.

‘Proxy of the Iranian Mullahs’

The Trumpet has often warned of the danger of Pakistan and its nuclear arsenal falling under the control of radical Islamists. In January 2008, editor in chief Gerald Flurry wrote that “Pakistan also has the nuclear bomb and could be taken over by radical Islam, with plenty of help from Iran.” He warned that the world’s sixth-largest military could soon become a “proxy of the Iranian mullahs.”

Whether Pakistan’s nuclear weapons fell into the hands of Iran-linked individuals, homegrown terrorists from the growing numbers of unemployed youth, or some other faction of jihadists, the results could be catastrophic.

Jesus Christ warned of the age of nuclear proliferation we live in today, saying it would signal that the end of the age of man was imminent and that His return was at the door: “For there will be greater anguish than at any time since the world began. And it will never be so great again. In fact, unless that time of calamity is shortened, not a single person will survive …” (Matthew 24:21-22; New Living Translation).

At the time that Christ spoke those words, a conflict that could threaten to kill every “single person” was not technologically feasible. But today, with several nations in possession of thousands of nuclear warheads, and with the security of Pakistan’s nuclear weapons so much in doubt, the stage is set for this prophecy to be fulfilled.

Yet as we see that devastating nuclear war approach, there is reason for hope! In verse 22, just after Christ says that the war at the end of this age will be so destructive that it could kill all human life, He then adds an important detail: “But it will be shortened ….”

Nuclear World War iii will be cut short! Before mankind detonates enough weaponry to entirely extinguish human life from the planet, Jesus Christ will interrupt the conflict. Immediately following this age of unprecedented war, He will usher in a new age of unprecedented peace. Christ will establish an era of worldwide harmony for the peoples of Pakistan, India, Iran and every other nation. Regarding this future era of worldwide tranquility and prosperity, Isaiah 2:4 says: “[N]ation shall not lift up sword against nation, neither shall they learn war any more.”

To understand how the instability in Pakistan could tie in to this hope-filled event, read Mr. Flurry’s commentary “Pakistan and the Shah of Iran” and his free booklet Nuclear Armageddon Is ‘At the Door.’