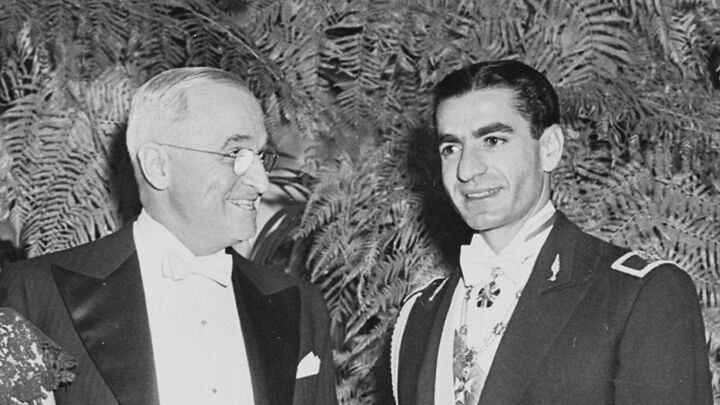 The war in Iraq may be the latest round in America’s global fight against terrorism. But where did world terrorism begin? Iraq was a dangerous part of the equation, but it was not the head of the terrorist snake, as we have often pointed out.

We must go back in history to see terrorism’s deadly roots and then deal with the cause of the problem. It’s not enough to destroy the branches of a vast network of world terrorism. We must pull up the terrorist tree by its roots. It’s the only way to win this war.

When Shah Mohammed Reza Pahlavi led Iran, he was a strong ally of America. But our liberal press and politicians thought he was too undemocratic, so they helped to drive him from power. As he was falling, America gave him little or no support.

Then, in 1979, Ayatollah Ruhollah Khomeini overthrew the shah. Khomeini established Iran as the world’s number-one state sponsor of terrorism. Ten years later, shortly after Khomeini died, Hashemi Rafsanjani became president and intensified Iran’s international network of terrorism. It was only then that some observers began to see what a terrible mistake liberals had made in assisting the shah’s downfall.

In the 1990s, state-sponsored terrorism became deeply entrenched in Iran, and America’s leaders did almost nothing to combat it. And the U.S. “superpower” allows Iran to continue sponsoring violent terrorism to this day!

More than any other nation (apart from Iran itself), America is responsible for the overthrow of the shah and the ushering in of Ayatollah Khomeini. Our weakness could prove to be the biggest foreign-policy disaster of the 20th century!

With that history in mind, let’s ask the question: Could this nightmarish scenario be happening all over again?

In terms of population, Pakistan is the second-largest Muslim nation in the world, behind Indonesia. It has a population larger than Iran, Iraq, Afghanistan and North Korea combined.

Pakistan also has the nuclear bomb and could be taken over by radical Islam, with plenty of help from Iran. That means it could become a proxy of the Iranian mullahs. This would be the worst possible disaster!

America’s ignorance and weakness helped to push Iran into the arms of radical Islam. It could very well do the same to Pakistan—unless we learn from our history with Iran.

We can’t afford to make the same mistake twice. If we do, it will become a nightmare for the whole world!

President Pervez Musharraf has led Pakistan to be a key ally of America in its war on terror. Shah Reza Pahlavi also led Iran to be our strong ally in the 1970s.

Former UN Ambassador John Bolton recently stated that America should be supporting Musharraf right now to ensure that those nuclear weapons do not fall into the hands of jihadists. “Make no mistake: This is a very dangerous situation,” Bolton told cnn (Nov. 11, 2007). He’s right about that.

As reported in a recent issue of Foreign Policy, “A perfect terrorist storm may be brewing in Pakistan. When asked to choose the nation that is most likely to become the next al Qaeda stronghold, more experts chose Pakistan than any other country, including Iraq. Osama bin Laden reportedly remains at large along Pakistan’s mountainous border with Afghanistan, where al Qaeda is also regrouping; the country’s intelligence service is said to be still cooperating with radical Islamist elements; and President Pervez Musharraf’s political future seems increasingly imperiled. These developments would not be as worrisome had the experts not also said that Pakistan is the country most likely to transfer nuclear technology to terrorists in the next three to five years. Together, it’s a terrifying combination” (Sept. 1, 2007).

And yet, the president and the Democrat-controlled Congress are threatening to cut off financial and military aid if Musharraf doesn’t hold elections early next year. President Musharraf pleaded with them not to cut off U.S. aid.

American leaders are telling Musharraf to take off his military uniform and give real freedom to that country. However, the military is the only institution that gives stability to that extremely divided country! This is another example of how little our leaders know about Pakistan.

Are early elections really the solution? The West forced Gaza into the same situation. Have we already forgotten that the Hamas terrorists, an arm of the Iranian army, won that election? Now America’s friend Israel is surrounded by Iranian-sponsored terrorists.

What will be the final outcome of that fiasco?

Here is the brutal truth: There would be no state-sponsored terrorism in the Middle East if America had the will to use its power! But America’s problem is even worse than a weak will. We even help push our allies into the hands of radical Islam. That is a dangerous kind of ignorance.

We helped get rid of Iran’s “corrupt” shah in 1979. He was replaced by Ayatollah Khomeini, who began state-sponsored terrorism in the Middle East. Are we about to see another ayatollah rise to power? This time in nuclear Pakistan? And will America be mostly to blame?

America has a much deeper problem than any of our leaders really see. The root of our problem is spiritual. If you would like to know why this is all happening, request our free book The United States and Britain in Prophecy.