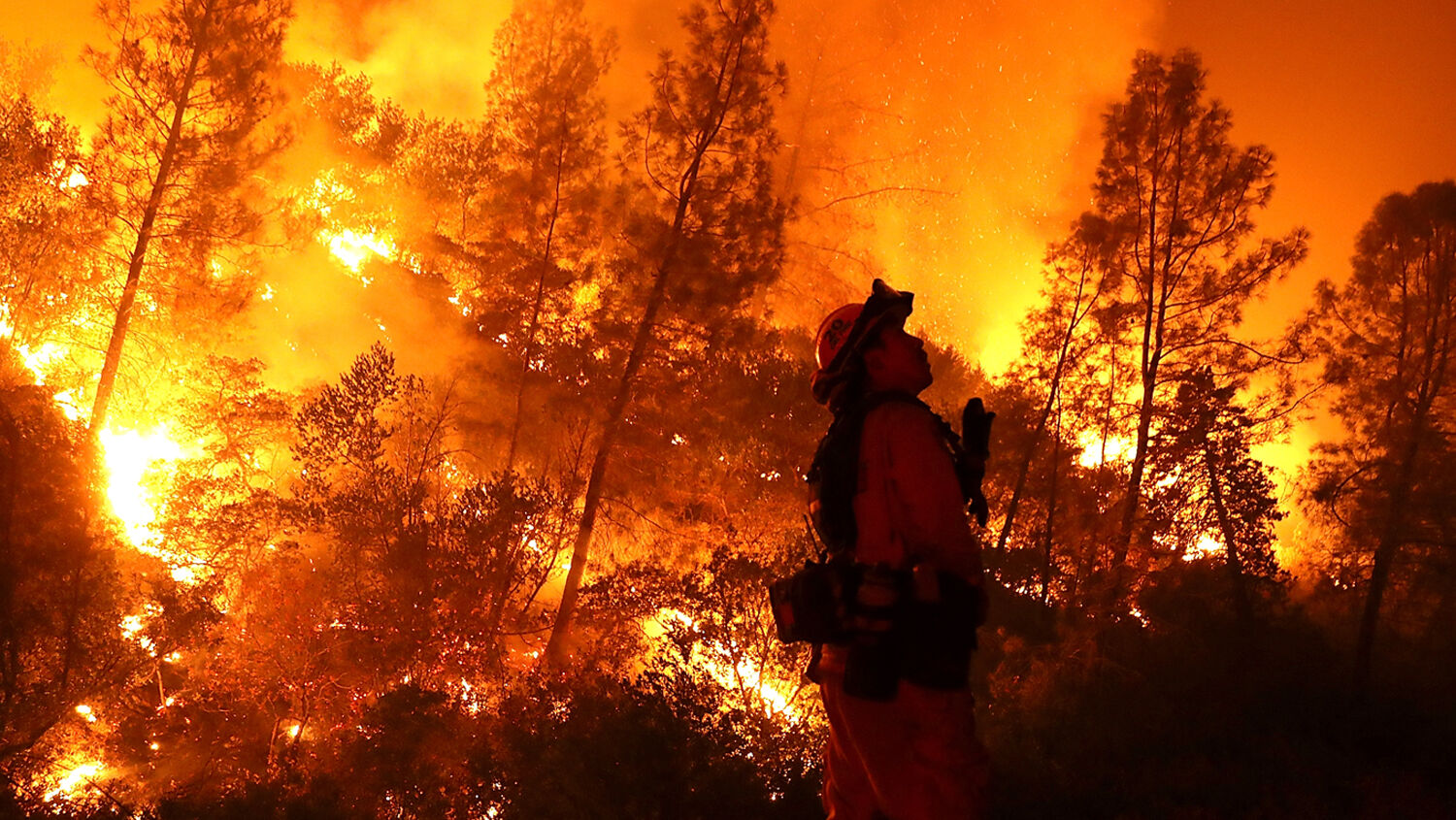 A firefighter monitors a backfire while battling the Medocino Complex Fire on August 7 near Lodoga, California.
Getty Images

California’s fire troubles are worsening so quickly we can hardly keep up.

The Carr Fire is no longer California’s largest fire of 2018. Just one week ago, the Carr Fire was the one to worry about. It burned 175,000 acres and killed eight people. Firefighters have now contained nearly half of the fire.

Farther south, the Mendocino Complex Fire is now California’s largest fire ever. This blaze is actually a combination of the Ranch and River fires that are burning near Sacramento. These two fires were sparked within an hour of each other and are being treated by firefighters as a singular incident. The fire has charred over 304,000 acres—an area nearly half the size of Rhode Island—and is still growing quickly.

Although this fire has not claimed any lives and has so far destroyed far fewer structures than the Carr Fire, it threatens thousands of homes if it is able to burn through wilderness areas into more populated regions. The fire has already spread into three counties: Colusa, Lake and Mendocino. Cal Fire officials originally projected that they would have the fire contained by mid-August. Now, their soonest estimate is early September.

As with California’s other recent fires, dry, windy conditions have contributed to the erratic behavior of the Mendocino Complex. “We’re seeing fire behavior that firefighters have never seen,” said spokesman for Cal Fire Steve Kaufman. “They move faster; they’re more erratic, more unpredictable; we have more wind on our fires.”

California’s fire season has lengthened by more than two months over the past decade—conditions in California are now conducive to fires nearly year round. “What makes this fire extraordinary is its size, and we’re only in the first week of August,” said Todd Derum, a division chief for Cal Fire. “Last year, we had major wildland and urban interface fires in July, October and December. … In my opinion, the term ‘fire season’ is becoming antiquated. We’re having major fires throughout the year.”

The Mendocino Complex Fire is an acute example of California’s fire problem. It is quickly spreading, unpredictable and record-breaking. As the western state’s authorities fight against its devastating fires, there is no telling what the next few days—or the remainder of the year—will hold. To understand the reason California is faced with these problems, read our free booklet Why ‘Natural’ Disasters? Listen to Stephen Flurry’s recent Trumpet Daily Radio Show “California Burning—Is Climate Change the Cause?” for a detailed analysis of the real cause of California’s blazing troubles.