A spirit of lawlessness took root in 1987 that is leading the nation toward anarchy. 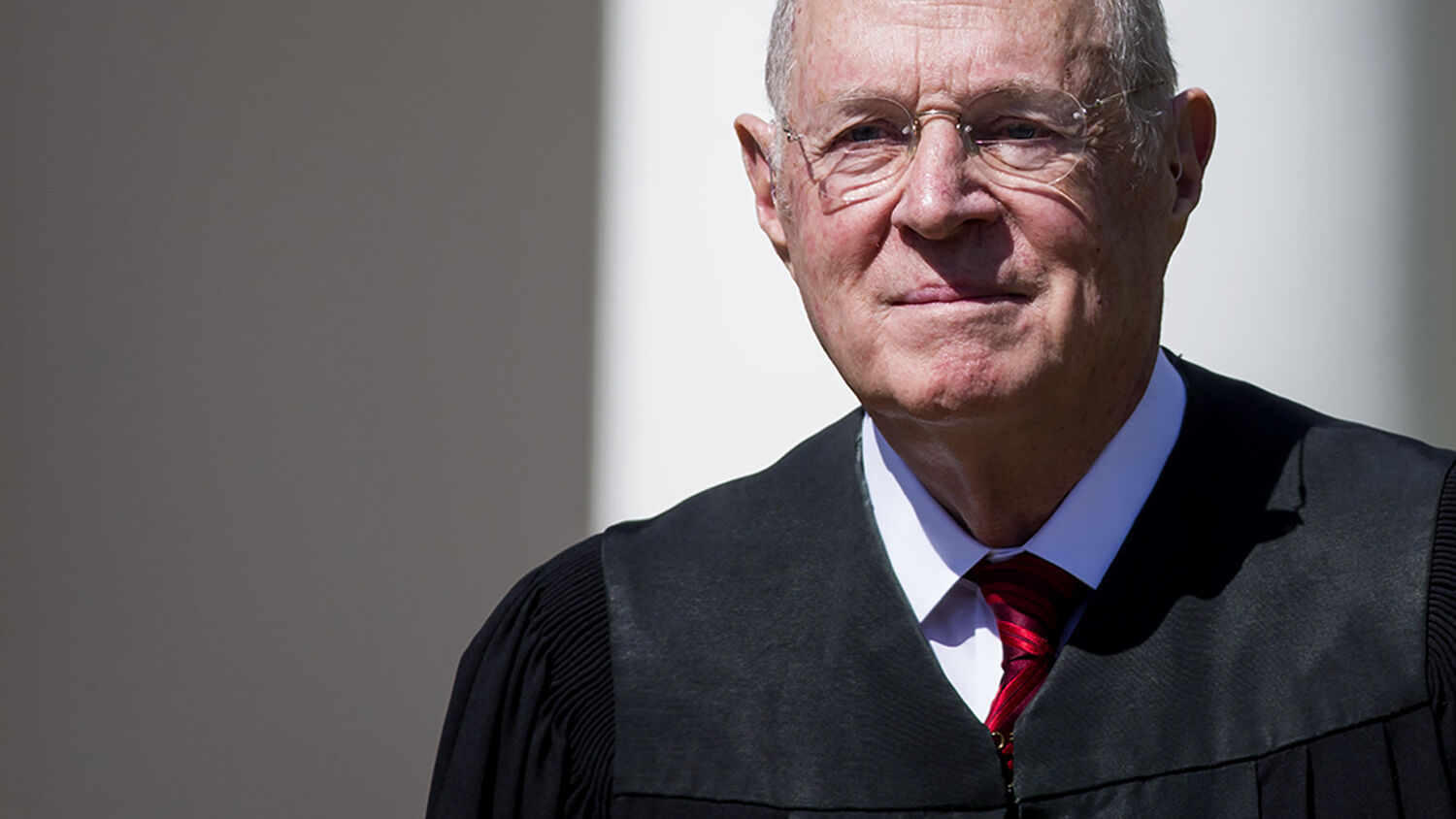 A spirit of lawlessness took root in 1987 that is leading the nation toward anarchy.

The United States is on a dangerous path toward lawlessness. For decades, progressive activists have striven to fundamentally transform American society by emphasizing ends over means. If a progressive policy lacks enough support to be passed by the lawmaking branch of government, then radicals call for the president to enact it via executive order, or for the Supreme Court to enact it via judicial activism, or for protesters to take to the streets.

This ends-over-means strategy has given birth to a “living Constitution”—a doctrine that says the U.S. Constitution no longer means what it meant when written. It says America’s founding legal charter is an evolving document that can mean whatever progressives want it to mean at any given moment.

In 1987, the “living Constitution” doctrine gained ascendancy in American society. When the Senate refused to confirm Judge Robert Bork to the Supreme Court, President Ronald Reagan nominated Judge Anthony Kennedy to fill the empty seat. Instead of interpreting the law as written, Justice Kennedy consulted his personal feelings on issues and discovered “constitutional” rights that no one had ever seen before.

Kennedy has cast the tie-breaking vote in several controversial cases, earning himself a reputation as “the most important voter in America” and “King Kennedy.” He has played a huge role in liberalizing American society.

But now he has retired, announcing on June 27 that he would step down at the end of July. Some are optimistic that Kennedy’s replacement will be able to reverse some of his lawless decisions. But the societal transformation that he enabled will not be easily undone. About half of the American public now says justices should rule based on what the Constitution “means in current times,” which is a precursor to ignoring it outright. And a sizable minority is willing to protest against any justice willing to defend the rule of law from the “living Constitution.”

King Kennedy is gone, but his legacy lives on.

To understand this lawless trend, you need to know what happened to America 31 years ago.

An Attack on Law

On July 1, 1987, President Reagan nominated Robert Bork, a highly respected judge, to the Supreme Court. Within 45 minutes of the nomination, Massachusetts Senator Ted Kennedy began demonizing the nominee in a shocking way. Why? Judge Bork was an unusually strong, articulate defender of the Constitution. Senator Kennedy and his associates considered this to be ghastly.

Ted Kennedy (no relation to Anthony Kennedy) argued that Bork’s originalism would lead to a “Bork’s America” of back-alley abortions, segregation, censorship and midnight police raids. None of these accusations was true, but the attack worked. The Senate defeated Judge Bork’s nomination by a vote of 58-42, the largest margin ever.

Trumpet editor in chief Gerald Flurry recounts this attack on law in his booklet America Under Attack. “Judge Bork was known for one thing more than anything else: believing in the Constitution,” he writes. “He was one of the most brilliant constitutional lawyers this land has produced! He was considered ‘a pioneer in constitutional thinking devoted to the text and original meaning of the Constitution,’ as Reuters put it. He was known as a constitutional ‘originalist’ or ‘constructionist’ who believed in judicial restraint. The late Supreme Court Justice Antonin Scalia released a statement through the Federalist Society calling him one of the most influential legal scholars of the last 50 years. The society’s executive vice president said Bork was ‘one of our country’s fiercest and most articulate defenders of the Constitution as it is written.’ That’s why they hated him! The Constitution is the supreme law of the land—much of it based on biblical principles. That means we are descending into deadly, anti-God lawlessness!”

After the Senate defeated Judge Bork’s nomination, President Reagan nominated Anthony Kennedy as a compromise candidate. The Senate confirmed Kennedy by a unanimous vote. In the decades since, the Supreme Court has acted as a legislative body—enacting policies on abortion, affirmative action and homosexuality that the lawmaking branch of government would not approve. As a swing voter during much of his time on the court, Kennedy has contributed substantially to the attack on the Constitution and the trend toward lawlessness that has accelerated since Bork’s demonization.

Since Kennedy joined the Supreme Court on Feb. 18, 1988, he has authored 276 majority opinions, 165 concurring opinions and 100 dissenting opinions. Unlike his colleagues, he has not made legal decisions according to a consistent ideology. Although he was nominated by a conservative president, Kennedy has voted with the court’s progressive justices as often as he has with its originalist justices.

In 1992, Kennedy joined with two other justices to write the plurality decision in Planned Parenthood v. Casey. He confirmed the Roe v. Wade decision that a woman’s “right to privacy” allows her to murder her unborn child, and helped overturn a requirement that a woman notify her husband before having an abortion.

In 2003, Kennedy wrote the majority opinion in Lawrence v. Texas. This case overturned judicial precedent to make homosexual activity legal in every U.S. state and territory. It struck down anti-sodomy laws in Texas and 13 other states. It declared consensual sex a protected liberty under the due process clause of the 14th Amendment.

In 2013, Kennedy authored the majority opinion in United States v. Windsor. This case declared the Defense of Marriage Act unconstitutional because it permitted states to refuse recognition to same-sex “marriages” conducted in other states. Kennedy wrote that treating heterosexual marriages as different from homosexual “marriages” demeaned homosexual couples “whose moral and sexual choices the Constitution protects.”

In 2015, Kennedy cast the tie-breaking vote and authored the majority opinion in Obergefell v. Hodges. This landmark case struck down state bans on same-sex “marriage.” It ruled that same-sex couples have a right to marry based on the due process clause and equal protections clause of the 14th Amendment.

In these cases and others, Kennedy usurped power that the Constitution grants to Congress, the states and the people to enact policies on abortion, affirmative action and homosexuality. Instead of living in “Bork’s America,” over 300 million Americans now live in “Kennedy’s America.”

“The tide turned in a big way in 1987,” Mr. Flurry writes. “Law started to get a lot weaker. And lawlessness started to get much, much stronger” (ibid).

Kennedy’s retirement gives President Donald Trump the opportunity to appoint a justice who will stand up for the Constitution of the United States. But the generation that has grown up since 1987 does not have the same respect for the rule of law as past generations. Until this changes, the Constitution will continue to be cast aside as every man seeks to do what is right in his own eyes (Judges 21:25).

Senate Minority Leader Chuck Schumer pledged to block Kavanaugh’s confirmation on a basis that he might roll back abortion rights if he joins the Supreme Court. Other leaders, like Vermont Senator Bernie Sanders, are calling for “the American people” to rally “around Roe v. Wade” and defend a woman’s right to kill her unborn child from constitutional originalists.

If Americans, and especially some of their leaders, are this outraged over the possibility of a potential Supreme Court justice possibly beginning to restrict abortions, what will happen if the Supreme Court actually makes such a decision? A large segment of Americans who have grown up in “Kennedy’s America” view Donald Trump as an illegitimate president. They do not care what the Constitution says—they want Trump out.

Democratic National Committee Chairman Tom Perez is tapping into this frustration. Days before Gorsuch’s confirmation, Perez said any Supreme Court nominee named by Mr. Trump would be illegitimate until the Federal Bureau of Investigation rules out potential ties between Trump’s campaign and alleged Russian meddling in the 2016 presidential election.

What happens when millions of young Americans believe that their government is illegitimate? Will #NotMyJustice rioters soon be joining the #NotMyPresident rioters?

A spirit of lawlessness has taken root in America. Increasingly, people are trampling on the Constitution, demonizing those who hold to biblical moral values, and rioting when they don’t get their way. The Bible reveals that this spirit of lawlessness is leading the nation into a time of anarchy and violent revolution.

“Ah sinful nation, a people laden with iniquity, a seed of evildoers, children that are corrupters: they have forsaken the Lord, they have provoked the Holy One of Israel unto anger, they are gone away backward. Why should ye be stricken any more? ye will revolt more and more: the whole head is sick, and the whole heart faint” (Isaiah 1:4-5).

This passage describes cause and effect. The government is sick. The nation is faint. But why? Because the people are lawless and “laden with iniquity.” For the past 30 years, lawless Americans have looked to a progressive Supreme Court to trample on the rule of law by legislating from the bench. Now that a new president is nominating originalist Supreme Court justices to uphold the rule of law, radical progressives are calling for violent resistance.

Lawlessness in America today is leading to a conflict so devastating that the whole country will be laid desolate and its cities will burn with fire. Judges like Anthony Kennedy have conditioned people to expect lawless rulings from the nation’s courts, but they would have had a limited effect on society if people knew and clung to God’s laws.