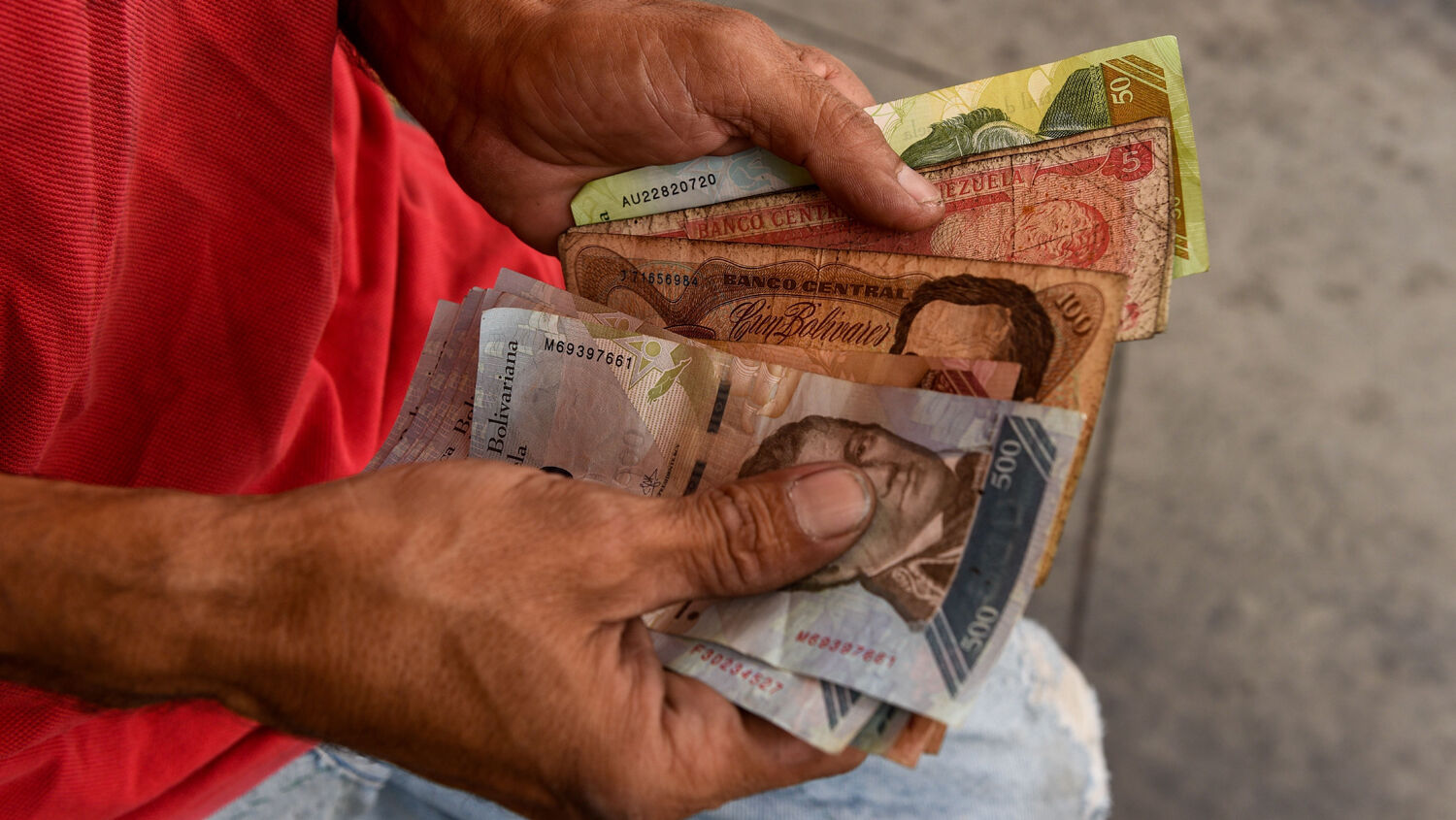 The Bolivarian Republic of Venezuela is suffering one of the worst hyperinflation crises in history. The country’s annual inflation rate hit 46,305 percent last June as food prices doubled every 16 days. According to the International Monetary Fund, Venezuela’s annual inflation rate is projected to top 1 million percent by the end of the year. That is 500,000 times higher than the current United States inflation rate.

“We are projecting a surge in inflation to 1,000,000 percent by end-2018 to signal that the situation in Venezuela is similar to that in Germany in 1923 or Zimbabwe in the late 2000s,” wrote the director of the International Monetary Fund’s Western Hemisphere department.

Venezuelan President Nicolás Maduro announced in a televised address last week that he plans to combat the hyperinflation crisis by eliminating five zeros on all new Venezuelan bolivar bills. The highest denomination bill currently available in Venezuela is 100,000 bolivars, but it takes 10 of these bills to buy a cup of coffee.

While deleting zeros from the Venezuelan bolivars may make handling currency more manageable, it will not stop Venezuela’s currency from losing value. Government price and wage controls, and the printing of money without economic resources to back it, have led Venezuela down the road to Weimar-style hyperinflation.

Maduro is looking to Communist Cuba to help him fortify his grip on power and root out internal opposition, but his administration’s failed economic policies are bringing him into conflict with the Roman Catholic Church.

In a nation that is 70 percent Roman Catholic, the Venezuelan bishops’ conference wields a lot of political power. The bishops released a statement last April listing a series of grave problems afflicting the people and condemning the indifference of government officials. “We are alarmed to see how the evils pointed out in our Pastoral Exhortation of January of this year have worsened: Hyperinflation has increased the general impoverishment of the population, with the decomposition of the quality of life of all,” the statement says.

After Venezuela implodes, the Roman Catholic Church will be instrumental in shaping its new regime. Pope Francis played a leading role in ending a conflict between Colombia’s government and Marxist militant rebels from the Revolutionary Armed Forces of Colombia last year, and many political figures are calling for him to become more involved in Mexican and Venezuelan affairs. Bible prophecy indicates this will happen.

In the 17th and 18th chapters of Revelation, God labels the German-led, Vatican-influenced empire that is emerging in Europe as “Babylon the Great.” In the corresponding Old Testament prophecies of Isaiah 23 and Ezekiel 27, the same empire appears under the name of Tyre, the most powerful trading center of the ancient Mediterranean world.

Based on these scriptures, Herbert W. Armstrong prophesied that the alliance between Europe and South America would grow extremely strong. The most significant factors that will cement this alliance are the Roman Catholic religion and the Spanish language. This union, however, will not be a union of equals: The Latin American countries will again become vassal states to the Holy Roman Empire.

To understand the deep significance of the Vatican’s inroads into Latin America, read the chapter “Europe’s Latin Assault” from our free booklet He Was Right.