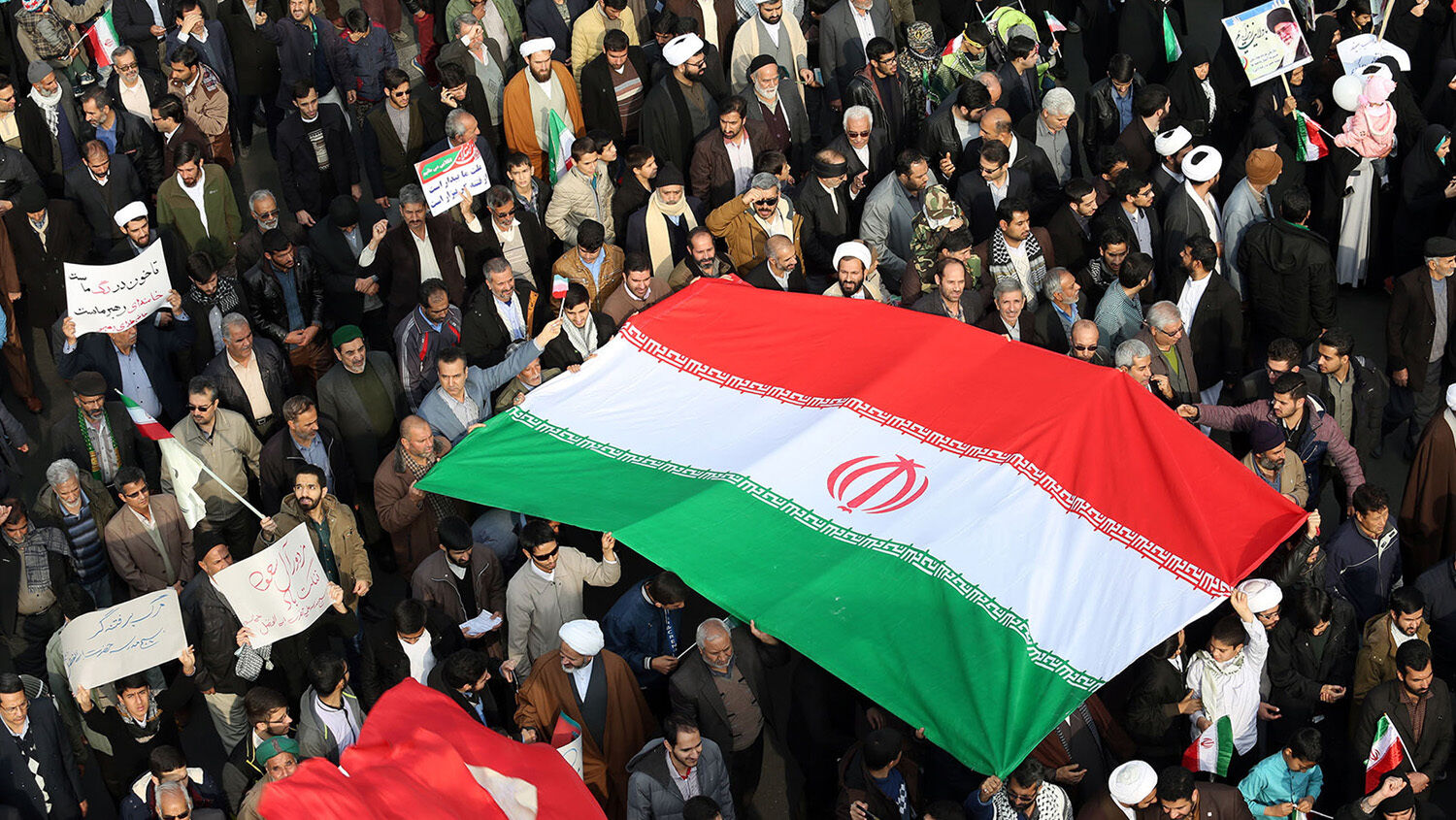 Twenty-one people died and hundreds were arrested in Iran during the five days of unrest that began on December 28.
NIMA NAJAFZADEH/AFP/Getty Images

We’re not about to witness a second Iranian revolution.

The protesters have since been joined by others in several major Iranian cities, and their grievances have expanded to include political issues. Their slogans said, “The people are begging, the clerics act like God”; “Clerics out of our country!”; “Not Gaza, not Lebanon, our life only for Iran!”; “Death to Hezbollah!”; “Death to Rouhani!”; “Death to Khamenei!”; “We will die to get our Iran back!”

At least 22 people died during violent clashes with law enforcement officials and, according to the Iranian Labor News Agency, some 450 protesters have been arrested.

The current protests in Iran are the biggest since 2009, and the world is watching.

Oppressive regimes cannot endure forever, and the day will come when the Iranian people will face a choice. The world is watching! pic.twitter.com/kvv1uAqcZ9

Protests have transformed Iran in the past. Ayatollah Ruhollah Khomeini, with the support of thousands of Iranian protesters, toppled the repressive but otherwise pro-Western government of Mohammed Reza Shah Pahlavi and transformed Iran from a monarchy to a radical, Islamist theocracy. This dramatic, violent change in Iranian foreign policy radically changed geopolitics in the Middle East and much of the world. Is a similar upheaval coming?

[The Iranian protests could] be a challenge for gpf’s 2018 forecast, which predicts that Iran will press its advantage in the region in the year ahead. A few protests in Iran are not enough to say the forecast is off-track, but they are certainly worth monitoring closely.

It has a valid point. The protests in 2009, when Iranians demonstrated against alleged election fraud, did not succeed. According to the Telegraph, President Obama did not support those protests because he was “frightened of seeming anti-Muslim. He was happy to support the Muslim Brotherhood’s overthrow of a pro-Western regime in Egypt, but would not back Iran’s Green Movement [in 2009].” According to Michael Oren, a former Israeli ambassador to the U.S., the Obama administration was so keen to strike a nuclear deal with Iran that it essentially refused to express solidarity with the protesters. In retrospect, that likely is an accurate assessment, given that “the Obama administration first learned of Iran’s desire to discuss its nuclear program in the middle of 2009 when Omani businessman Salem ben Nasser al-Ismaily approached Dennis Ross, then Secretary of State Hillary Clinton’s special adviser on Iran at the State Department,” as Trumpet writer Brent Nagtegaal wrote in May 2016.

The nuclear deal has since financed and empowered the Iranian regime to an unprecedented extent. It made regime change via protests more challenging and Iranian leaders more obstinate.

Now, instead of considering the plight of his own people, Supreme Leader Ayatollah Khamenei has ignored them and blamed foreign nations. “In recent events, enemies of Iran have allied and used the various means they possess, including money, weapons, politics and intelligence services, to trouble the Islamic Republic,” he posted on Twitter on January 2. “The enemy is always looking for an opportunity and any crevice to infiltrate and strike the Iranian nation.”

In a sense, the Iranian protesters have been demonstrating against their leaders’ terrifying devotion to the cause of the Islamic Revolution, a cause for which these leaders have dedicated blood and treasure for nearly four decades! Iranian leaders won’t give up their revolution so easily.

The protests leading to the Islamic Revolution of 1979 fulfilled part of a biblical prophecy found in the book of Daniel. Daniel 11:40 says, “And at the time of the end shall the king of the south push at him: and the king of the north shall come against him like a whirlwind, with chariots, and with horsemen, and with many ships; and he shall enter into the countries, and shall overflow and pass over.”

This “king of the south” pushes at his enemies during “the time of the end.” The word for “push” used in this verse means to butt with the horns, to gore or to wage war. It means to terrorize. Iran would never have fulfilled that role if it had not become the Islamic Republic of Iran, the radical, theocratic state that it now is, whose chief goal is to expand the Islamic revolution through violence.

Using this prophecy as our guide, we can be sure the current protests will not fundamentally change Iran.

Radical Islam, led by Iran, is the “king of the south,” and a German-led European power is the “king of the north.” Request or download Trumpet editor in chief Gerald Flurry’s free booklet The King of the South to prove this. This power is going to keep on pushing, through its support of Islamic terror groups and an aggressive foreign policy, until Europe is goaded into responding. The current protests will not change this outcome.

But there is hope for the protesters in Iran: Regime change is coming. “Oppressive regimes cannot endure forever,” to borrow United States President Donald Trump’s words. Not because of what an American president—or Iranian protesters, for that matter—might do, but because of the peace which the Bible assures is soon-coming for all of us. Even the European power that will destroy the Iranian theocracy is itself prophesied to “come to [its] end” (verse 45).

The Kingdom of God is at hand, and it will destroy all oppressive regimes in our world today. Street protests and violence will be a thing of the past!