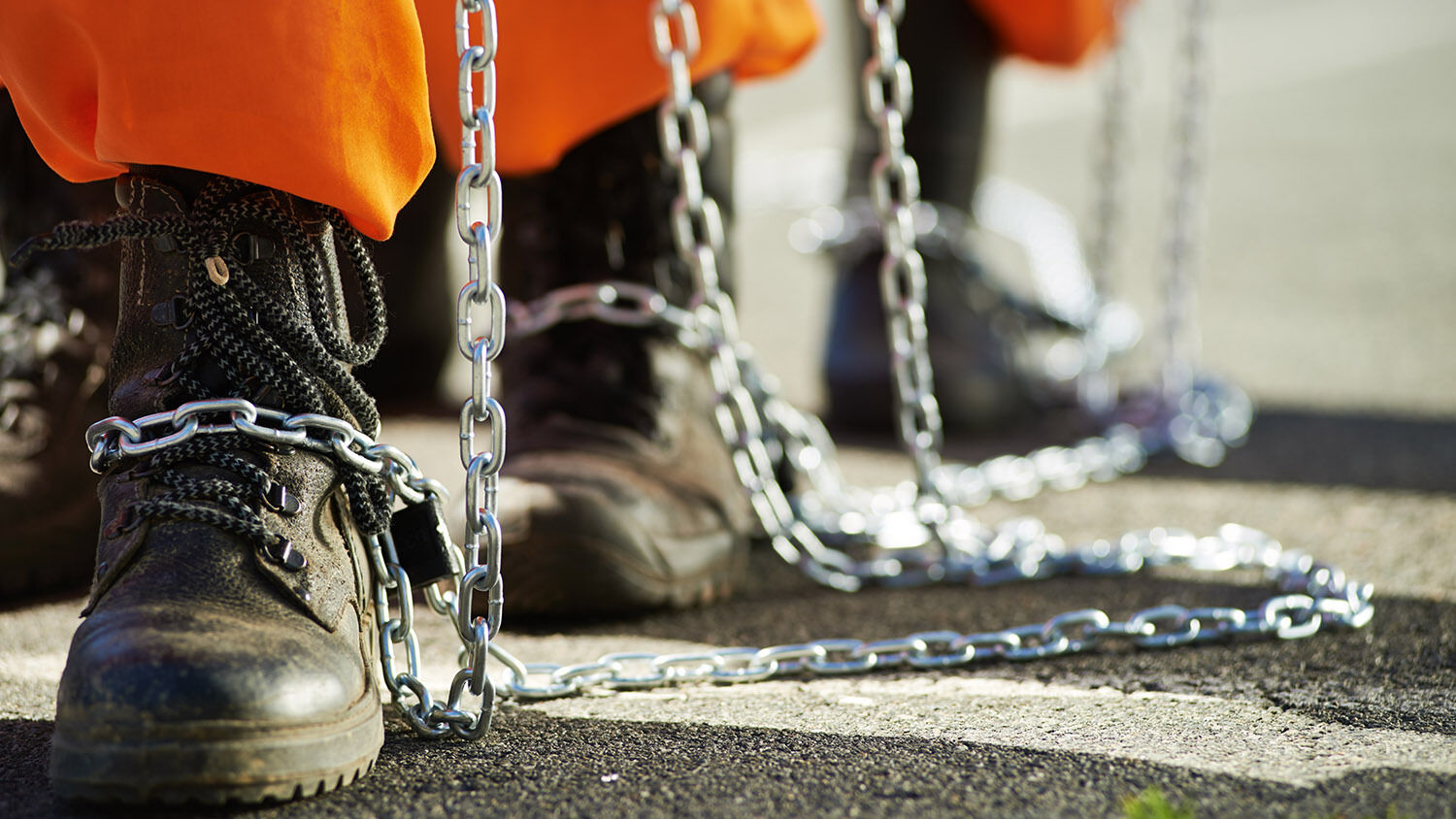 The fact that the U.S. imprisons a larger share of its population than any other nation masks the fact that it has a serious crime problem.

While the United States’ incarceration rate is currently at a two-decade low, almost 1 percent of American adults remain behind bars. At the close of 2016, approximately 2.2 million Americans were incarcerated in prisons, jails and detention centers across the nation. That is 860 inmates for every 100,000 adults in the nation. Despite a recent dip in the incarceration rate, the U.S. still imprisons a larger share of its population than any other nation.

America’s incarceration rate has tripled since 1950, when fewer than 300,000 people were incarcerated. Many social justice advocates blame the nation’s mass incarceration problem on the federal government’s efforts to criminalize the production, distribution and consumption of psychoactive drugs. They claim that government policymakers are systematically targeting racial minorities by drafting laws that criminalize nonviolent drug offenders. (Listen to the Trumpet Hour segment below to hear our discussion on this subject.)

“The impact of the drug war has been astounding,” civil rights activist Michelle Alexander writes in her influential book, The New Jim Crow. “In less than 30 years, the U.S. penal population exploded from around 300,000 to more than 2 million, with drug convictions accounting for the majority of the increase.”

While Alexander is correct in asserting that “the U.S. penal population exploded from around 300,000 to more than 2 million” during the latter half of the 20th century, she is wrong about the war on drugs being the primary cause.

According to data from the Prison Policy Initiative, over 40 percent of America’s inmates sit behind bars for committing violent crimes such as murder, assault, rape and robbery. Another 20 percent were incarcerated for property crimes, such as burglary, theft and fraud. Another 20 percent were incarcerated on public disorder charges, such as drunk driving and illegal weapons possession. Most of the remaining inmates—about 20 percent—are serving time on drug-related charges, but the vast majority of these were locked up for drug trafficking.

Only about 137,000 people sit behind bars on any given day on drug-possession charges, according to a report by the American Civil Liberties Union and Human Rights Watch. Two thirds of these people sit in local jails awaiting trial because they cannot afford bail. While there is definitely room for discussion concerning the best way to deal with America’s drug addiction problem, decriminalizing drug possession will not end mass incarceration.

“Even during the most rapid period of prison growth—from 1980 to 1990—violent prisoners accounted for 36 percent of the rise in the state prison population, compared with 33 percent from drug offenders,” political commentator Heather MacDonald wrote in her essay “The Decriminalization Delusion.” “From 1990 to 2000, violent offenders accounted for 53 percent of the census increase and all of the increase from 1999 to 2004.”

Hispanics are incarcerated at nearly twice the rate as whites, and blacks are incarcerated at nearly five times the rate as whites. But it is not primarily marijuana possession that accounts for this huge discrepancy. Data from the U.S. Sentencing Commission showed that Hispanics are twice as likely as whites to be involved in drug trafficking. A 2011 Pennsylvania State University study of California and New York arrest data showed that blacks are 11 times as likely as whites to murder someone and 12 times as likely to commit a robbery. So, any racial discrepancies regarding convictions of drug possession represent a small part of the mass incarceration equation.

A close analysis of criminal statics reveals that it is not race but family structure that serves as the primary predictor of criminal behavior. Statistics from the National Center for Fathering show that compared to children who grow up in a two-parent home, children who grow up without a father are four times likelier to be poor, nine times likelier to drop out of school, 11 times likelier to commit violent crimes, and 20 times likelier to be arrested. Among adult inmates with children, the Justice Department’s Survey of Inmates in State and Federal Correctional Facilities indicates that 57 percent of those in state prisons and 55 percent of those in federal prisons grew up without both parents in the home. So it should be no surprise that the crime rate started to skyrocket just after the onset of the 1960s sexual revolution. There is a direct link between the fracturing of families and mass incarceration.

As adultery, divorce, fornication and pornography tear apart America’s family structure, an increasing share of the nation’s youth are turning to crime. Family breakdown has particularly affected the black community in the U.S., where 66 percent of children grow up in single-parent homes. But most contemporary criminologists have ignored the effects of family breakdown to focus on the effects of racism and drug decriminalization.

The U.S. prison system has flaws. Nowhere in the Bible does God list long-term incarceration as an acceptable form of punishment. But the bigger issue is why America is degenerating into a nation of criminals.

In the Old Testament, the Prophet Hosea foretold that the modern-day descendants of ancient Israel (the peoples of America and Britain) would be cursed with violent crime if they rebelled against God’s law.

“Hear the word of the Lord, ye children of Israel: for the Lord hath a controversy with the inhabitants of the land, because there is no truth, nor mercy, nor knowledge of God in the land. By swearing, and lying, and killing, and stealing, and committing adultery, they break out, and blood toucheth blood. Therefore shall the land mourn, and every one that dwelleth therein shall languish, with the beasts of the field, and with the fowls of heaven; yea, the fishes of the sea also shall be taken away” (Hosea 4:1-3).

This passage describes cause and effect. Because there is “no truth, nor mercy, nor knowledge of God in the land,” people swear, lie, kill, steal and commit adultery. The resulting immorality breaks apart families, leading millions of hopeless youth to join gangs, take drugs and commit crimes. The end result is that “blood toucheth blood.” The violence becomes so bad that there is hardly a reprieve between murders, rapes and robberies. The only solution is a return to biblical family values that produce citizens who do not turn to a life of crime. The strength of a nation is based on the strength of its families—and the strength of a family comes from obeying the Word of God.