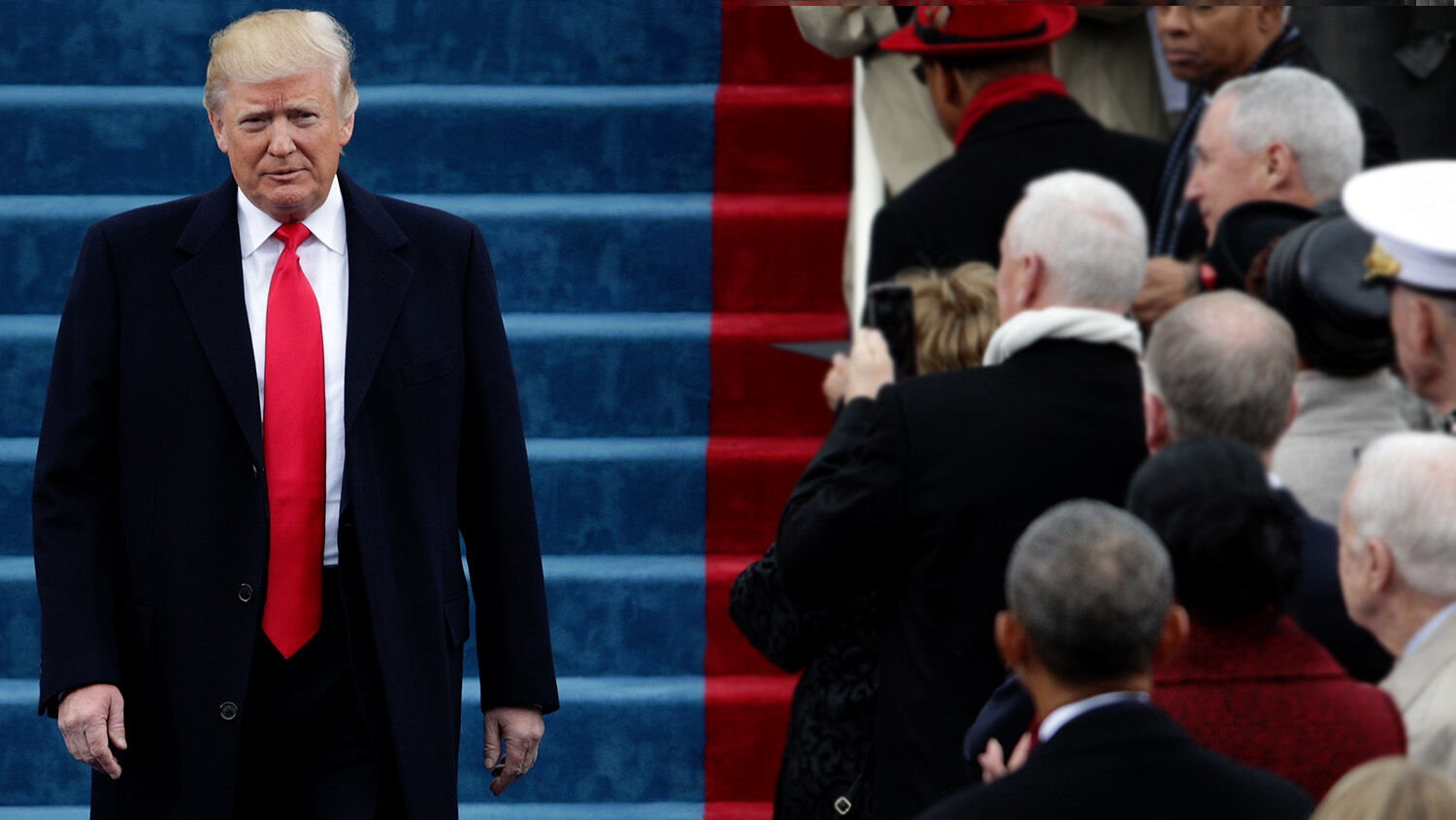 Donald J. Trump during his inauguration ceremony as the 45th president of the United States
Alex Wong/Getty Images

In its last days, the Obama administration greatly expanded the nsa’s powers to share information with 16 other intelligence agencies. Why?

As the inauguration of Donald Trump approached, the Obama administration worked hard behind the scenes to vastly expand the ability of the National Security Agency (nsa) to share information with 16 other intelligence agencies. Why? So that these agencies could more effectively spy on the incoming president.

The New York Times wrote on March 1, 2017, “In the Obama administration’s last days, some White House officials scrambled to spread information about Russian efforts to undermine the presidential election—and about possible contacts between associates of President-elect Donald J. Trump and Russians—across the government.”

The New York Times actually reported this. This was before they realized they might have accidentally exposed themselves and the Obama administration’s abuse of power.

The following day on the Morning Joe television show, a holdover from the Obama administration named Evelyn Farkas admitted:

I was urging my former colleagues and … telling the Hill people, “Get as much information as you can, get as much intelligence as you can, before President Obama leaves the administration.”

During the transition period, Farkas told intelligence agents and Democrats in Congress to gather as much information as possible! Not just on Russia—on president-elect Donald Trump. She continued:

Because, I had a fear that somehow that information would disappear with the senior people who left. … [I]f they [the Trump administration] found out how we knew what we knew about their, the staff, the Trump staff’s dealing with Russians, that they would try to compromise those sources and methods, meaning we would no longer have access to that intelligence.

They were worried that when members of the Trump team discovered how Obama administration intelligence agents had spied on them, they might discover who their sources were. So on the way out, Barack Obama’s people empowered the nsa, giving it more latitude to share “information” across the intelligence community. They wanted the investigation, if not the surveillance, to continue even while Mr. Trump was president.

Early on in the Trump presidency, then director of the Federal Bureau of Investigation James Comey and former Director of National Intelligence James Clapper denied that President Trump was a target of the Trump-Russia collusion investigation. Today, they strenuously defend the fact that investigations into the Trump team were taking place, but say that Obama had nothing to do with it. The Department of Justice (doj) and the fbi were just doing their jobs.

Congressman Mark Meadows recently told “Triangle’s Morning News” host Patrick Johnson, “There are a number of redactions that are being made on critical documents” and “we now see that the State Department and, it now appears that the White House at the very highest levels, including the president himself, were involved in this whole narrative of investigating Donald Trump” (emphasis added throughout).

He explained that it all started with the fake dossier put together by Fusion gps, a firm connected to Hillary Clinton’s campaign. The fbi used this malicious and unverified document to get a court order allowing it to spy on the Trump team before, during and after Americans elected him president of the United States.

While the vast majority of fbi and doj officials are serving their country as “great patriots,” explained Meadows, “there are a few people at the top that, really, justice needs to be meted out for them.”

Meadows said, “Not only was President Obama aware” that the Trump campaign was being spied on, but according to text messages and other evidence, “they were involved in directing some of the actions of the Department of Justice and fbi in the fall of 2016.”

“Everyone’s talking about Russian collusion,” continued Meadows. “Most of the Russia collusion that I’ve seen at this point would indicate more of the Democrat Party paying for some of Russian intel more so than anything that aligns with Donald Trump.”

That’s not to say that those in the Republican Party are without fault, but as one talk-radio personality put it recently, the radical left is the very definition of collusion. The fbi put on a blindfold and kid gloves when it came to investigating Hillary Clinton after she and her team used a private e-mail server and destroyed 33,000 e-mails as well as phones and laptops requested for investigation. She did not testify under oath, her interview with agents was not recorded, the fbi director called the investigation not an “investigation” but “a matter,” and the Bureau supplied her with multiple exoneration letters, one of which Director Comey began drafting before she was even interviewed. The approach of the fbi and special counsel Robert Mueller (a former fbi director) to President Trump? Pull out all the stops: use an illegitimate document in a secret court to get permission to spy on the Trump presidential campaign; conduct surveillance on a Trump campaign chairman; vigorously deny that Trump Tower was wiretapped; monitor the phones and raid the home, office and hotel room of the president’s personal lawyer; leak potentially damaging information; consider putting a subpoena on the president—and more.

America is being attacked—from within! As my father has written, there is an invisible and destructive war being waged on the inside. There is a lot more going on behind the scenes than we realize. Satan is marshaling every weapon he can to wreck the United States. If you haven’t read it yet, please make sure to request your free copy of America Under Attack, along with my father’s more recent booklet Great Again.