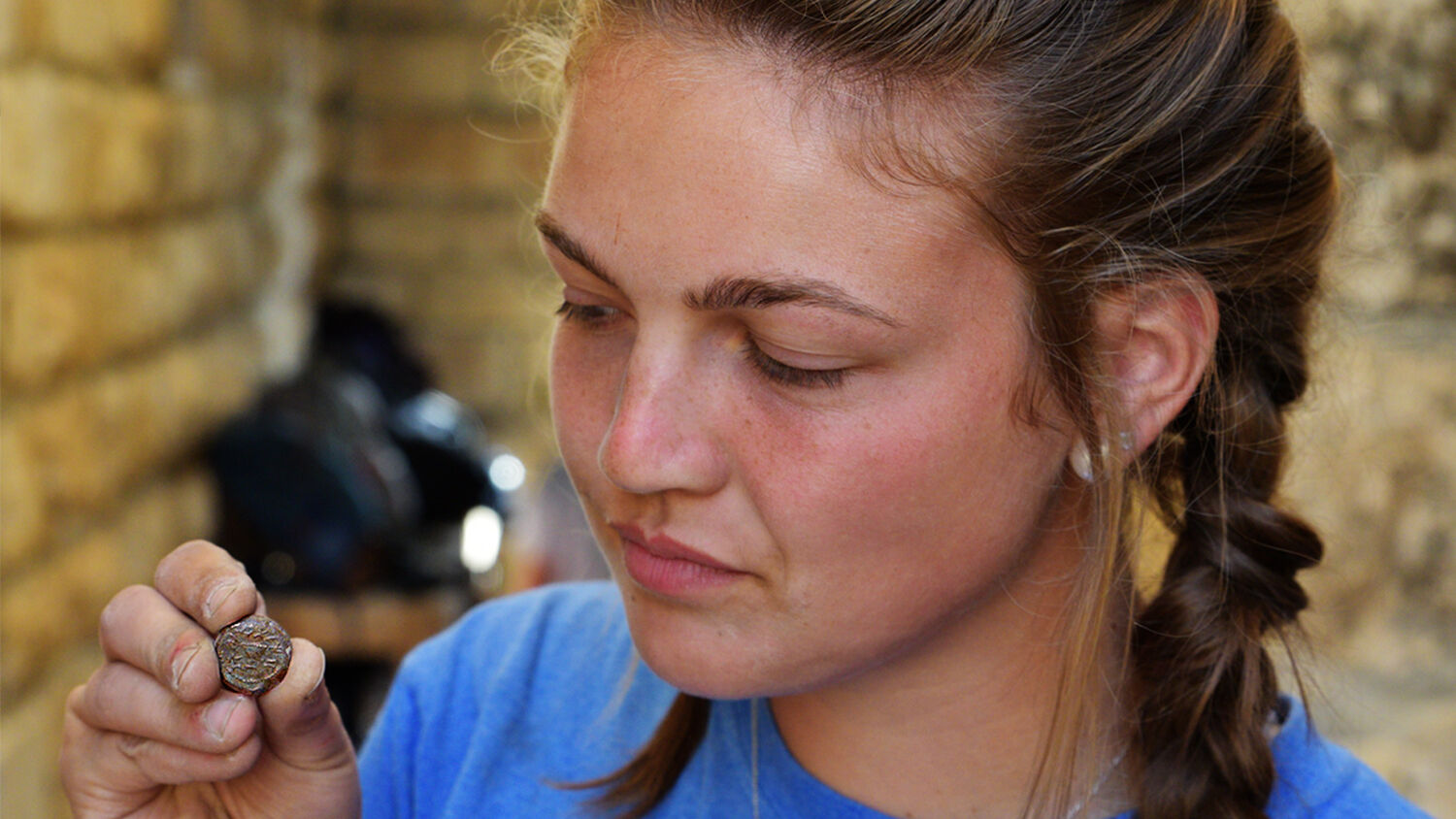 jerusalem
Dozens of coins relating to the Jewish revolt have been discovered in a Jerusalem excavation. The 2,000-year-old coins date specifically from the second through fourth years of the famed rebellion against the Roman Empire which led to the a.d. 70 destruction of Jerusalem.

The coins were discovered during the current season of renewed excavations at the Ophel led by Dr. Eilat Mazar of the Hebrew University of Jerusalem and fully funded by Herbert W. Armstrong College of Edmond, Oklahoma, whose students comprise the bulk of the workforce.

The coins are decorated with Jewish symbols, including the four plant species of the Feast of Tabernacles—palm, myrtle, citron and willow—and a goblet that was likely part of the temple service.

Along with the motifs, the coins feature ancient Hebrew script. The coins from the second year of the revolt display the text “For the Freedom of Zion” in ancient Hebrew. The Year Four (a.d. 69-70) coin’s inscription reads “For the redemption of Zion.” Scholars believe that the change is indicative of the mood of the rebels as their defeat became more and more inevitable.

Rather than being discovered altogether, the coins were littered through a 7-by-14-meter cave at the excavation, in strata correlating to the last year of the Roman revolt. The coins were found alongside broken pottery vessels, including jars and cooking pots. The cave, said Mazar, has not been disturbed since the Second Temple period, creating a “time capsule” of Jewish life during the revolt.

Watch the video below of Dr. Mazar discussing the discovery.

The Times of Israel reported, “The Ophel bronze coin find is remarkable in that until today, most of the Jewish Revolt coin finds have dated to Year Two, when the Romans made great strides against the Jewish rebels. In fact, ‘the small amount of coins minted in the third year, and almost a complete lack of coins from the fourth year, indicates that most of the country was reconquered by the Roman army fairly soon after the beginning of the revolt,’ writes Robert Deutsch in his 2017 ‘The Coinage of the First Jewish Revolt against Rome, 66-73 c.e.’”

In the Ophel cave, there was more of the Year Four coins discovered rather than Year Two coins. This testifies to the extremely late use of the cave. As Dr. Mazar related to the Trumpet, the cave reveals the final moments of the Jewish rebellion before Jerusalem fell.

The eyewitness historian Josephus related that some of the rebels resorted to hiding in caves and digging tunnels through Jerusalem, trying to survive the Roman takeover.

The Ophel cave was first excavated by Dr. Mazar and her team in 2013. Even then there were indications the cave was used in the last desperate moments of the siege. The video below from 2013 shows the cave.

The Ophel Excavations have yielded such finds as King Solomon’s wall, the Menorah medallion, the seal impression from King Hezekiah, and most recently, the possible seal impression of the biblical prophet Isaiah.