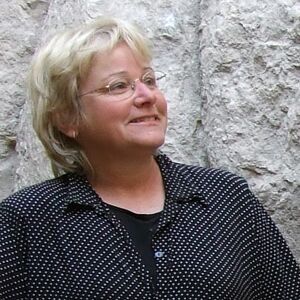 The continual emergence of remarkable archeological discoveries in Jerusalem is making it increasingly difficult to reject the biblical account of King David and King Solomon.

Around the world, people love to have their imaginations stirred by humanity’s ancient edifices. Be it the Parthenon in Greece, built 2,400 years ago for the goddess Athena, China’s Great Wall, Rome’s famous Colosseum, the Vatican’s Basilica of St. Peter or the Taj Mahal, these iconic structures capture imaginations and have become gateways into history.

Last week, another imagination-stirring edifice was added to that list.

This structure is not only older, but more remarkable and more inspiring than any of the others. Situated just outside the Old City in Jerusalem, the Ophel City Wall site sits between the City of David and the southern wall of the Temple Mount. Now open to the public, the Ophel Wall features ancient artifacts dated to the 10th century b.c., a period during which the ancient kingdom of Israel experienced extraordinary expansion under King David and his son and heir, Solomon. Among the Ophel discoveries is an impressive edifice—a 70-meter-long and 6-meter-high wall—constructed during King Solomon’s reign.

Although archeological digs have been conducted on and off on the Ophel since the early 20th century, the most spectacular finds have only occurred recently. Conducted in January 2010, the most recent phase was directed by Dr. Eilat Mazar, a widely esteemed archeologist who has a rich history of digging on the Ophel. Dr. Mazar carried out the operation with assistance from the Israel Antiquities Authority, the Israel Nature and Parks Authority, the Hebrew University of Jerusalem and volunteer students from Herbert W. Armstrong College in Edmond, Oklahoma. Tuesday of last week, after months of rehabilitating the Ophel Wall and preparing it for tourists, Dr. Mazar, together with Jerusalem Mayor Nir Barkat, announced that it was officially open to the public.

“Beginning today, visitors will actually be able to walk through First Temple remains, touch the stones, enjoy and study about yet another period of the archeology of the city of Jerusalem,” announced Jacob Fisch, executive director of the Friends of the Israel Antiquities Authority. That’s pretty incredible, when you think about it—being able to reach out and touch a wall that King Solomon himself strolled by daily 3,000 years ago.

Dated to the 10th century b.c., Dr. Mazar has found the wall mentioned in 1 Kings 3:1, which talks of Solomon building his own palace, “and the house of the Lord, and the wall of Jerusalem round about.” Moreover, this wall not only confirms the presence of Solomon in Jerusalem, it confirms the biblical narrative of Israel as a large and advanced kingdom. “The city wall that has been uncovered testifies to a ruling presence,” Mazar told the Trumpet soon after its discovery in 2010. “Its strength and form of construction indicate a high level of engineering.”

Speaking at the official unveiling ceremony last week, Dr. Mazar stated again that the “reality was that a very highly skilled fortification and sophisticated fortification was built by King Solomon.” The wall contains the largest hewn stones from the First Temple period ever found in Israel. Only a thousand years later, with the construction by Herod the Great, are greater-size building blocks found in Jerusalem.

Looking at the wall’s impressive size and sophisticated engineering, it’s clear that it wasn’t hastily patched together by hillbilly sheepherders!

Within the surrounds of the Solomon wall, Dr. Mazar and her team discovered other artifacts, including pottery shards, dating to the First Temple period (10th-to-6th centuries b.c.) and confirming the biblical narrative of the presence of a major Israelite kingdom. The Ophel site includes a large gatehouse, royal edifices, a number of mikvaot (ritual baths) and a dozen pithoi, or clay jars. Engraved on one of the remnants of the pithoi was a partial Hebrew inscription indicating that it belonged to a high-level government official.

The 6-meter-high gatehouse was a particularly stunning discovery. Constructed in a style typical of the First Temple period, and much like others uncovered in Megiddo, Beersheva and Ashdod, Dr. Mazar believes the gatehouse is actually the “Water Gate” mentioned in Nehemiah 3:25-26: “Pedaiah … and the temple servants living on Ophel repaired to a point opposite the Water Gate on the east and the projecting tower.”

More proof that archeology and the Bible, as Mazar states, “connect one to one.”

Another thrilling find, though slightly less imposing than the colossal wall or gate house, was the discovery of a fragment of a 3,000-year-old clay tablet covered with cuneiform script. Discovered in the Ophel dig and currently on display at the Davidson Center in Jerusalem’s Old City, experts say the thumb-size splinter is the oldest written document ever found in Jerusalem.

Amid all these inspiring discoveries, however, last week’s official inauguration of the Ophel City Wall produced a regrettable, shameful side story: the virtual blackout that occurred in the Western media.

Outside of a few Israeli outlets, the inauguration of one of the most remarkable archeological discoveries in recent history was met with shocking silence! The reason, in large part, is because the discovery of a significant Jewish presence in Jerusalem as early as the 10th century b.c. undermines the popular leftist narrative that the biblical account of a Davidic monarchy is exaggerated or a fallacy. Biblical minimalists and leftists alike know that the Ophel discoveries, as Jonathan Tobin accurately pointed out in Commentary, are a “standing rebuke to those who refer to parts of Israel’s capital as ‘traditional Palestinian’ or ‘Arab East Jerusalem.’”

With this in mind I find it telling that, at least from the articles I’ve read and footage I’ve seen, there was no indication that Israeli officials at last Tuesday’s inauguration brandished the Ophel finds as a political instrument. This was an ideal opportunity for Israeli officials to politicize the archeology, to unsheathe these stunning artifacts and wield them as a weapon to dismember the left’s false narrative. They didn’t do this. Instead Dr. Mazar, Mayor Barkat and the other Israeli officials who attended seemed to look beyond the politics and concentrate on the lesson that is truly the most important: They celebrated the fact that these ancient edifices and artifacts prove the veracity of the Bible!

This site “shows that the Bible is real,” Mr. Barkat stated. “It shows that 2,000 to 3,000 years ago, Jerusalem was the center of the world. And we love to share that with the world.”

Dr. Mazar, a lady with an infectious passion for Jerusalem archeology, emphasized the same theme: “So many people in the world appreciate historical sources, from the Bible, including in the New Testament. The thing is, when it becomes tangible, it makes it easy to understand. People believe, in their ways, that which is written in the Bible, but they have no idea that sometimes, lots of it, can really be seen. And can be touched.” That’s a neat observation: Touching the Ophel Wall is like touching the Bible—and when you walk through it, you’re walking through the pages of the Bible.

Sadly, too many are blinded by prejudiced politics and are missing out on the inspiring truths embodied in this dig. Nevertheless, it is becoming increasingly difficult to reject the biblical account of a formidable Israelite kingdom during the 10th century b.c. reigns of King David and King Solomon. Not because of any elaborate Jewish spin campaign, or crafty maneuvering by Israeli politicians, or the work of prejudiced historians and archeologists.

Rather, rejecting this history is made more difficult by the continual surfacing of quantifiable, tangible, even touchable, evidence proving the Bible true!