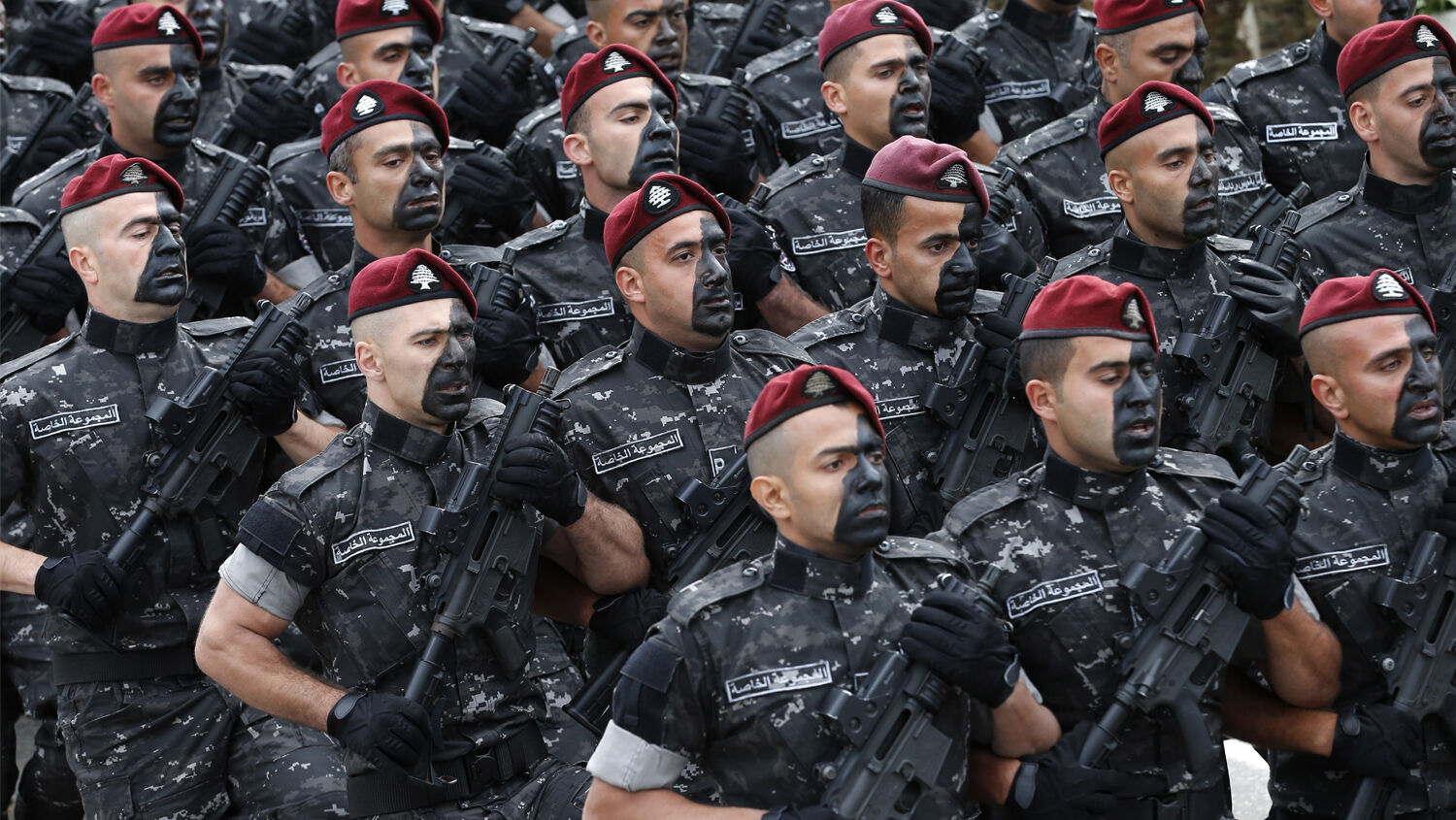 Why do the Europeans want to strengthen the Lebanese armed forces?

It worked. European Union delegates pledged $61.6 million in aid. France—a long-time patron of Lebanon—created a €400 million ($494.5 million) credit facility. The credit is for Lebanon to buy military hardware for its army and security forces. The United Kingdom pledged a further $13 million.

The Rome ii conference was neither the first nor will it be the last time Lebanon seeks aid from Europe. In April, Hariri will meet European leaders in Paris to discuss infrastructure investments. Known as the Cedar Conference, these meetings will build on the Paris iii summit. During Paris iii, the international community promised Hariri $7.6 billion in aid. Rumor has it Hariri is hoping for an extra $16 billion at the Cedar Conference.

After Paris, Hariri goes to Brussels, where he will discuss financing and the refugee crisis. Lebanon has housed some 1 million refugees since the beginning of the Syrian civil war. Hariri has used these refugees to leverage more money from the eurocrats. Pay up, or we will let the refugees pass through to Europe. Already inundated with refugees, Europe has complied with little fuss.

But the fear of being overrun is not the only reason Europe is happy to finance Hariri.

The EU has big plans for Lebanon. Empowering the Lebanese Army fits in with Europe’s long-term strategy for Lebanon.

Southern Lebanon is unquestionably Hezbollah’s turf. There is a token United Nations border force (unifil), but the baby-blue helmets are few and far between. The UN Security Council also allows 15,000 Lebanese troops to guard the border. But this pales into insignificance when compared to Hezbollah’s forces (see below).

This is a war crime. pic.twitter.com/CPE3XS1Xs0

Fighting in the civil war, as well as the 2006 war with Israel, has aided Hezbollah’s training. The terrorist group, well financed by Iran, is more powerful than ever. These terrorists are increasing their forays into Lebanese politics. Many fear that without a counterbalance, Iran will continue to infiltrate Lebanese society.

Israel, for one, already sees the Lebanese armed forces as a branch of Hezbollah. Maariv, a sister publication of the Jerusalem Post, claimed Israeli officials are wary. In a future war, the Lebanese Army would apparently fight alongside Hezbollah against Israel. Common defense projects on the Syrian border deepen the ties between their forces.

For its part, the armed forces deny any integration with Hezbollah. The United States, like Europe, recognizes the armed forces as legitimate. Since 2006, the U.S. has provided more than $1.5 billion in military aid to Lebanon. The Saudis and French have also given much support.

These donors want to counterbalance Iran. Hezbollah is Iran’s Mediterranean proxy. The U.S. and Saudis see Hezbollah as the front-line in the battle against Iran’s regional expansion.

Europe does too. But time will prove that Europe’s interests extend far beyond driving Iran out of Lebanon.

Long-time readers of the Trumpet are well aware that our news analysis is based on the sure word of Bible prophecy. Some scoff at the veracity of the Bible or claim it has no business in geopolitics, but time and again God has proved that His Word will come to pass. Prophecies regarding Lebanon will be fulfilled.

Two regions of Lebanon are mentioned specifically in a key Middle East prophecy. You can find it in Psalm 83, which foretells of an interesting alliance. The video below will explain who joins this mysterious alliance.

As every historian knows, such an alliance has never been formed. But it will be! Note further that the prophecy splits Lebanon, listing both Lebanon and Tyre, or southern Lebanon today.

It is little wonder EU nations spend millions on Lebanon’s military. Lebanon is the only Middle East country with a strong Christian population. Some 40 percent of Lebanese are Christian. As Trumpet editor in chief Gerald Flurry wrote in 2014, “Because of its high population of Christian Arabs, Lebanon has become a linchpin for the Psalm 83 alliance.”

In a joint statement, the Rome ii conference participants called on Lebanon to “accelerate effective and durable deployments to the south.” They want a pro-European fighting force in the southern parts of the nation.

Hariri is eager. During Rome ii he stated, “We will be sending more laf troops to the south, and we stress our intention to deploy another regiment,” adding that Israel “remains the primary threat to Lebanon.”

Bible prophecy says that soon “Tyre” will fall into line with this European-led alliance! But it isn’t going to come without a fight. Iran will not want to lose its proxy on Israel’s doorstep. Mr. Flurry wrote, “Europe coming into the Middle East is going to infuriate Iran. And it is such European intrusion that will cause Iran to push at the king of the north. Iran is going to strike back with a lot of power!”

This is clearly a risk Europe is willing to take. Italian caretaker Prime Minister Paolo Gentiloni said Lebanon’s stability was vital. “Lebanon must be sheltered from the forces of destabilization,” he said. “Assuring Lebanon’s stability assures the broader security of the Mediterranean and, as a consequence, of Europe.”

Prophecy shows this is going to pay off. You can read more about Europe’s victory over Iran in our free booklet The King of the South.

Pay close attention to the southern region of Lebanon. Iran’s stranglehold is temporary. God prophesies that the region will undergo a dramatic shift. Tyre is going to join with the Assyrian—the modern-day Germans. This alliance will wreak havoc on Israel in a deadly double-cross. You can read more about that here. It is something you need to know about.

But there is good news behind it all. These are some of the final prophesied events to occur before the return of Jesus Christ. He will put an end to this evil alliance and all who oppose Him. Christ will usher in lasting peace. Nations like Lebanon—which today bristle with deadly armaments—will beat their swords into plowshares. This is the wonderful world that will come immediately after this mysterious Psalm 83 alliance has had its day.