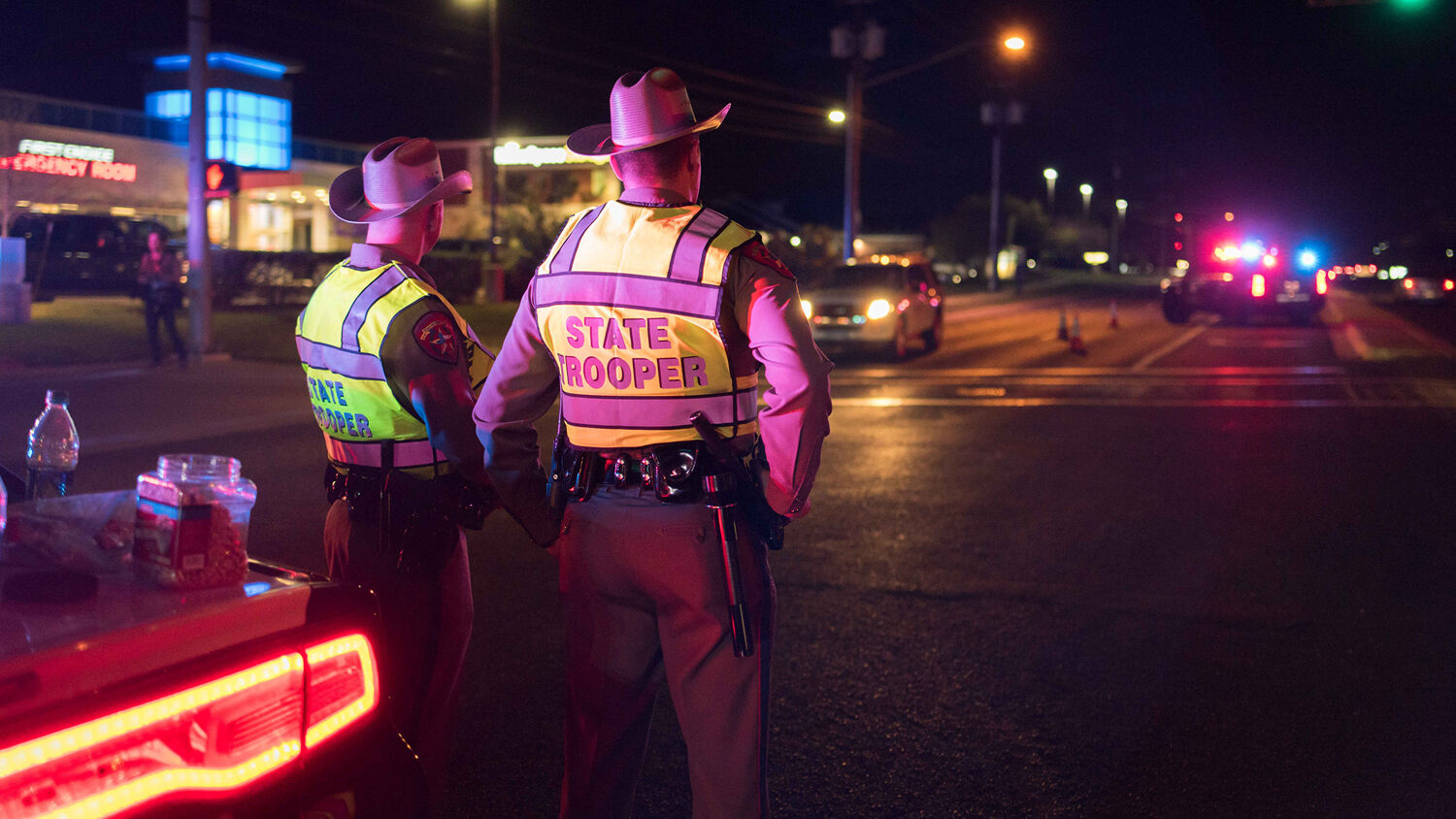 Texas troopers near the site of an explosion in Austin, Texas, on March 20
Getty Images

Terror struck Texas again when a parcel bomb exploded at a FedEx facility in the early hours of Tuesday. It was the fifth mysterious explosion to rattle Texas since the beginning of this month.

Law enforcement authorities linked the explosions to serial bomber Mark Anthony Conditt, a 23-year-old white male who had been terrorizing the city of Austin. He killed himself by detonating a bomb in his vehicle when a swat team closed in on him earlier today.

But the terror he spread still lingers in Austin.

Tuesday’s explosion took place in the city of Schertz, but authorities said that the parcel bomb was actually intended for Austin. The first three of those bomb explosions involved packages left on people’s doorsteps. The Associated Press reported that those initial bombings occurred in an area east of Interstate 35, which has a high population of minority racial groups. The very first one, on March 2, killed a 39-year-old black man; the second and third, which both occurred on March 12, injured a 75-year-old Hispanic woman and killed a 17-year-old black man. The fourth explosion on Sunday involved a sophisticated tripwire along the side of a residential road in an area west of Interstate 35. The demographics of this residential area are much different from that in east Austin. Two white men were injured in that explosion.

Three members of the Congressional Black Caucus issued a statement on Monday pressing authorities to determine whether the bombings were “ideologically or racially motivated.” They wrote:

The community impacted is now under virtual house arrest and the entire city is posed to be in a state of fear—which can easily transition into panic. We cannot stand idly by while our communities are under attack. …

We also call on the chairmen of the committees we serve on—Homeland Security and Judiciary—to recognize the gravity of the domestic terrorism threat and work with us on developing concrete and common-sense solutions to counter it.

For too long we have focused only on certain sources of terrorism and violence while ignoring others.

Even before all the facts have been gathered, this tragedy, like others similar to it, is stirring up racial sentiments. Comments and statements from politicians especially can churn those sentiments even more. Whether it’s done carelessly or maliciously, subtly or blatantly, such exploitation has devastating consequences, as Trumpet editor in chief Gerald Flurry warns in his booklet America Under Attack.

Additionally, tragedies like these can exacerbate a “state of fear—which can easily transition into panic,” as the Congressional Black Caucus members noted. After the explosion at the FedEx facility in Schertz, the president of the Austin chapter of the National Association for the Advancement of Colored People, Nelson Linder, cautioned: “Now that the geography has changed, it’s going to widen people’s perspectives. Nobody can take this lightly; we’re all vulnerable.”

Consider the last two of these attacks in Texas. The Tuesday attack employed a courier. Al Qaeda operatives have attempted to terrorize Americans using parcel bombs before. That sobering reality adds to the pervasive concerns about such methods of attack. Since the bombings began, the Austin Police Department has received more than 1,200 calls about suspicious packages. Sunday’s explosion seemed to be intended for random victims, even children playing on the streets. The sheer randomness of these attacks can be just as crippling as the big, spectacular ones.

Why does [al Qaeda] remain so intently focused on spectacular, mass-casualty attacks, instead of smaller-scale attacks like Boston—attacks that are much easier to pull off, and much harder for us to detect and prevent? Smaller-scale attacks could be equally effective in paralyzing the country.

George Moore, a former official from the International Atomic Energy Agency, similarly said at the time,

Many experts believe it’s only a matter of time before a [rudimentary bomb] is used, with some expressing surprise that it hasn’t happened already. … It’s not pleasant to think through worst-case scenarios, but in this case, it’s essential.

In our July 2013 article “Death by a Thousand Cuts,” Trumpet writer Jeremiah Jacques wrote about how cripplingly dangerous and prophetic such basic terror tactics are on our society. The Bible has multiple prophecies about the United States, and “through the Prophet Isaiah,” wrote Jacques, “God foretold how painfully effective terrorist attacks would be if America didn’t obey Him. He foretold the disproportionate degree of destruction a small number of terrorists would be able to inflict: ‘One thousand shall flee at the rebuke of one; at the rebuke of five shall you flee …’ (Isaiah 30:17).”

Through Moses, God said, “I will even appoint over you terror … and ye shall flee when none pursueth you” (Leviticus 26:16-17).

Look at America’s systems of education, politics, religion, military, industry and entertainment. It’s plain that the nation has rebelled against the mighty God who blessed it with such unprecedented prosperity. As this slide into lawlessness continues, terrorist attacks will assail the country by a multiplying number of methods, from more and more directions and from an ever more diverse array of enemies.

The country’s attempts to prevent these shadowy attacks will keep on draining its economy and hastening its collapse into bankruptcy. Attacks will multiply in the near term.

Bible prophecy, however, makes plain that it is all leading directly to the most radiant future imaginable. Fear, terrorism and all religious clashes will be forever vanquished, and replaced by a planet of peace, prosperity and a single world religion under the righteous, merciful rulership of the King of kings, Jesus Christ.

Click here to read the article in full. And join the 6 million people who have requested a free copy of The United States and Britain in Prophecy to understand Bible prophecies about Anglo-American nations.