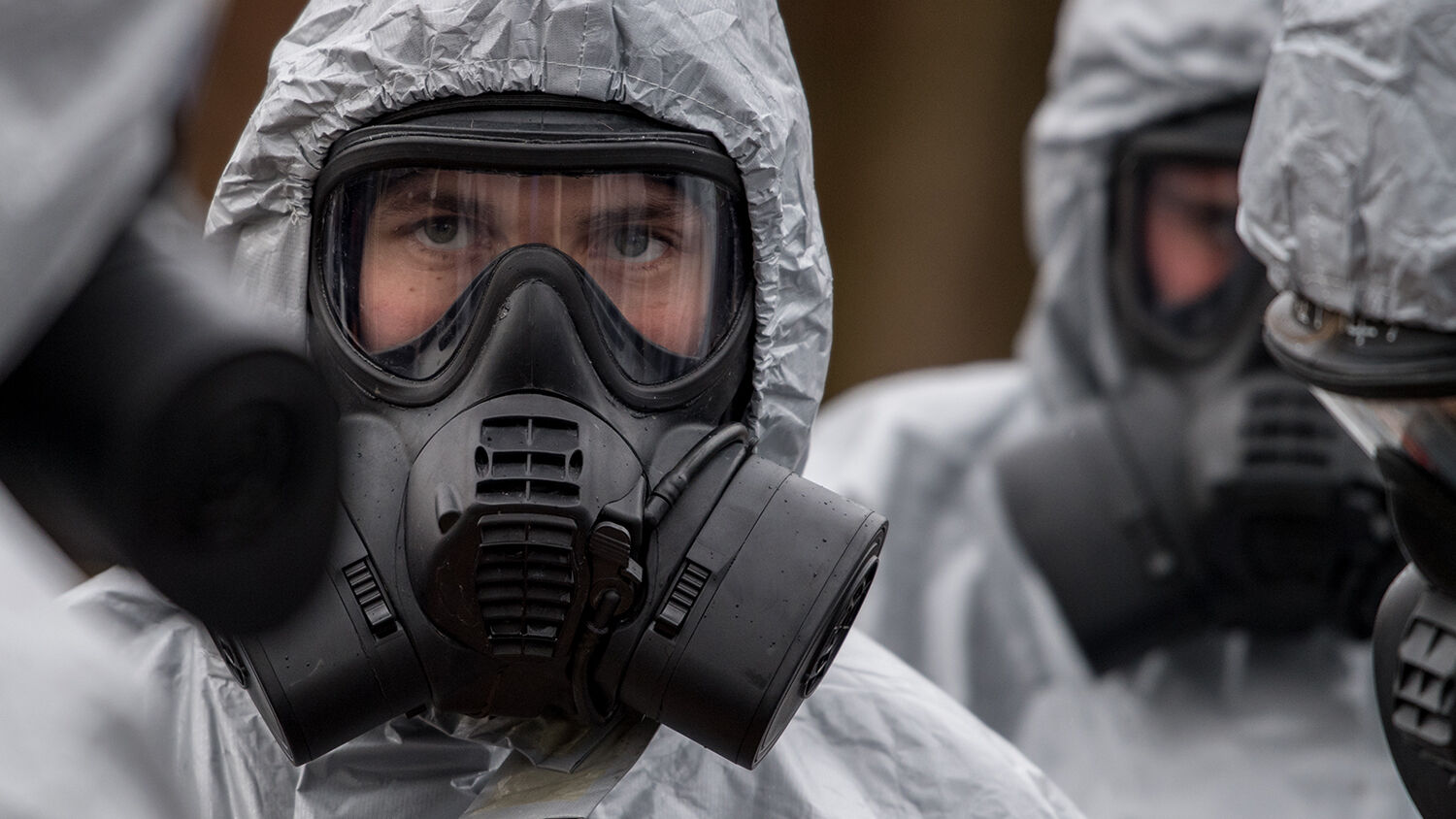 Military personnel in protective suits conduct investigations into the poisoning of Sergei Skripal in a public car park in Salisbury, England, on March 11.
Getty Images

The brutal assassination attempt in England is a warning from Moscow to the world: ‘Cross Russia and face the consequences.’

Former Russian spy Sergei Skripal and his daughter, Yulia, were found unconscious outside of a shopping mall in Salisbury, England, on the afternoon of March 4. It was discovered that they had been exposed to a lethal, military-grade nerve agent called Novichok.

Sergei, 66, and Yulia, 33, were rushed to a hospital, and at the time of writing remain in critical condition. Complicating the ongoing investigation is the apparent involvement of the Russian government. The British government, as well as European and American officials, have all pointed the finger at Russia.

Sergei Skripal is a former Russian military intelligence officer who, in 2006, was convicted by Moscow and imprisoned for high treason. Skripal had been caught selling out his fellow members of the Russian intelligence community to the British government. After four years in prison, he was released through a prisoner swap with the United States.

After talks between then Russian President Dmitry Medvedev and U.S. President Barack Obama, the deal was brokered as a means of preserving the small measure of goodwill still holding between the nations.

Now, years after what should have been a resolution to the matter, Skripal lies at death’s door due to exposure to a chemical weapon developed in the Soviet Union toward the end of the Cold War.

The difficulty in developing and delivering Novichok strongly indicates that the order for the murder came from the Russian government. This was explained in a March 9 interview with the Trumpet Hour:

The point of using this type of substance, nerve agents, for an assassination is really to leave kind of a calling card—to make sure that people know who did it. If an ex-spy were killed with brakes lines cut in his car or a suspicious-looking suicide or if he were stabbed … there would be plausible deniability. But nerve agents are entirely different. Nerve agents are chemical warfare weapons designed only to kill. And generally only nation states have the ability to make and deliver this type of weaponry. The point is to make sure that everyone knows that if they cross Russia, Putin’s government will kill you no matter where you are. If you’re in the UK, the U.S., it doesn’t matter. Those governments can’t protect you.

Nerve agents are not the weapons of the average criminal, but the calling cards of state-sponsored assassinations.

The chemical compound that put the Skripals in the hospital was analyzed and found to be the Russian-manufactured Novichok. British Prime Minister Theresa May responded to the evidence by saying that it was “highly likely that Russia was responsible for the act against Sergei and Yulia Skripal.”

Conservative lawmaker Edward Leigh said that if the Russian government’s role is proved, the attack would be a “brazen act of war.”

This situation is the latest in a long list of reasons why Russia, and especially President Vladimir Putin, should be watched with extreme concern.

Trumpet editor in chief Gerald Flurry wrote about this dangerous man in his article “Should Donald Trump Trust Vladimir Putin?” He showed readers why the Russian president is not to be trusted, especially by America’s head of state. Putin is a former member of the kgb, the Soviet’s ruthless intelligence agency of the Cold War. He was trained in covert tactics and espionage, and indoctrinated in Russian imperialism. He was later greatly impacted by the humiliating collapse of the ussr, for which a number of Russians still believe requires revenge.

Putin has also proved in the past that he is not a man to be crossed. Evidence links the Kremlin to the 2006 assassination of Alexander Litvinenko, a kgb turncoat. Similar to Skripal, Litvinenko had defected to the UK and apparently worked with MI6. He was also poisoned on British soil in a manner that left London with little doubt as to who ordered the assassination.

By attacking both Litvinenko and Skripal in this manner, Putin is letting the world know that traitors of Russia will not go unpunished. In essence, he is saying, “No matter where you flee, revenge will be ours.”

“This man is not just an authoritarian leader!” Gerald Flurry wrote. “He is an evil, ruthless, vindictive agent with Soviet-style methods of psychological warfare, assassination and war!” He is not a man to be trusted. Indeed, the Bible prophesies (in Ezekiel 38 and 39 and other passages) of the major role he will play in world affairs. If you want to know more, read “Should Donald Trump Trust Vladimir Putin?” and “Why the Trumpet Watches a Russian Strongman Dominating Asia.”