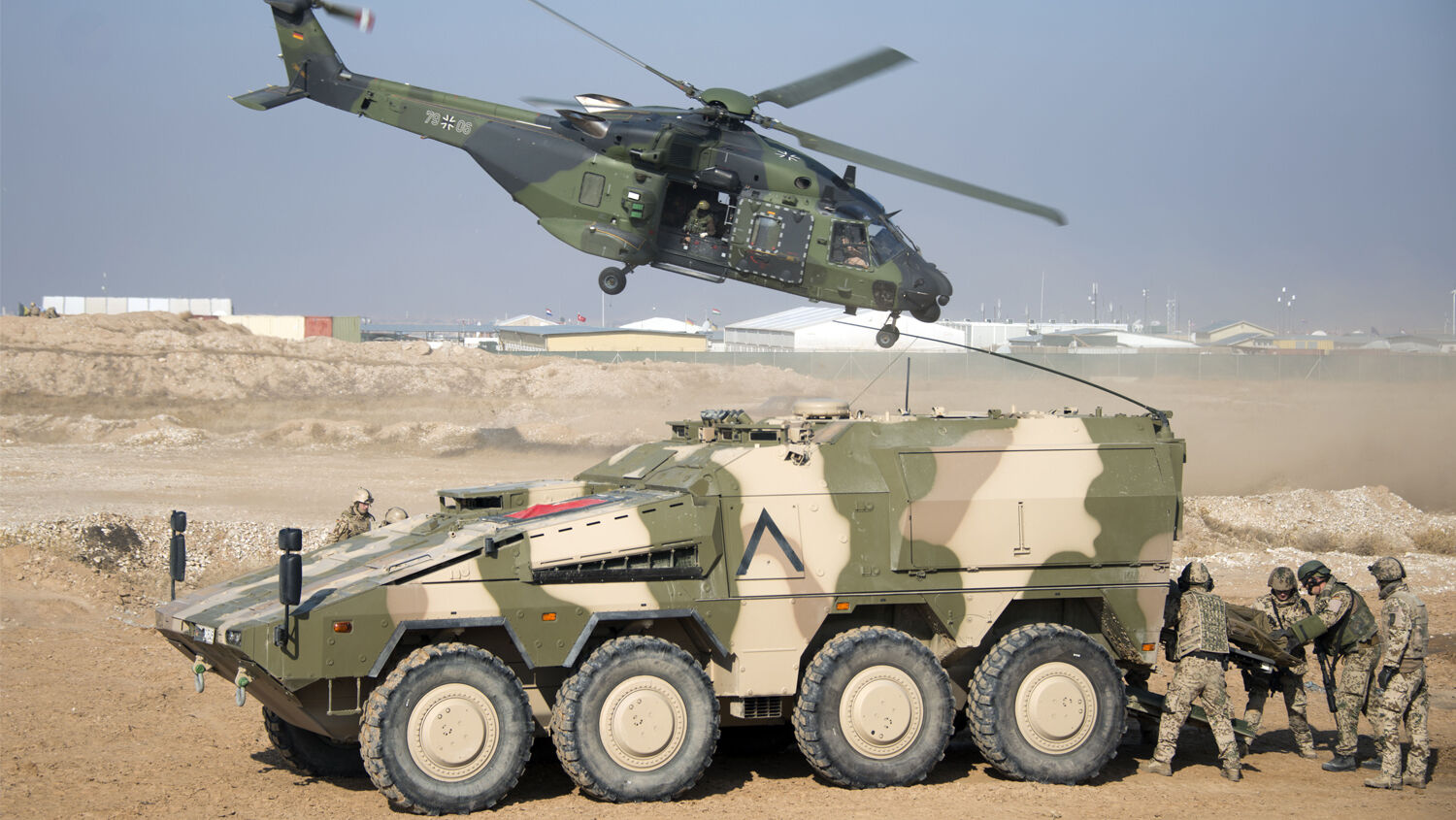 The German government announced on March 7 that it intends to increase the number of soldiers it has deployed in Afghanistan, raising the maximum number of troops in the country from 980 to 1,300.

German soldiers are training Afghan troops, but they say they need more soldiers to protect them from the growing Taliban presence.

Meanwhile, Germany is reorienting its mission in Iraq, where it had been part of the United States-led coalition against the Islamic State. With many world leaders now viewing the Islamic State as all but defeated, Germany is shifting its priorities in the country. It will draw down its number of soldiers in Iraq from 1,200 to 800. It also plans to end its training of Kurdish Peshmerga, who had been fighting the Islamic State, focusing instead on broad stabilization efforts.

The German parliament has to vote on these changes, but is expected to approve them.

While these increases are not large deployments, they reveal increased German willingness to use its military. Berlin is not only willing to maintain and increase its troop presence in several countries, it is willing to do so in the most dangerous region in the world: the Middle East.

Afghanistan is actually vital to Germany’s larger strategy of encircling Iran. In 2013, Trumpet editor in chief Gerald Flurry stated that one keyword in a prophecy in Daniel 11:40 reveals this grand strategy: whirlwind. He wrote:

Think about the keyword in Daniel 11:40. The verse talks about an attack from the king of the north, but the emphasis is on the strategy of this military attack. If you’re in a whirlwind, it whirls all around you. It whirls you away! Look at [a] map, and you can see the German strategy: to surround Iran and its allies. The Iranians are so focused on conquering their own objectives that they don’t see what the Germans are doing. They don’t recognize how Germany is planning for the bigger war to come! No one but the Trumpet recognizes it! But the facts are visible for anyone to see. Germany has expected to clash with Iran, and it has been working on a strategy for a decade or more. That strategy is almost complete. Germany has surrounded Iran.

It has taken a lot of “strategic patience” on Germany’s part to embed itself in the Middle East, and it is not ready to undo decades of work. It is working to strengthen its position in Afghanistan, which puts it at Iran’s back door.

At the same time, Germany is drawing down its forces in Iraq. With the supposed defeat of the Islamic State, it recognizes that the big winner in the country has been Iran. This too is something the Trumpet has forecast since 1994. Iran has stated it has no plans to leave the country, even if the Islamic State has been defeated.

Germany knows that Iraq is a lost cause, so it is reorienting its forces in the country and ending its training of Kurdish fighters. According to German-Foreign-Policy.com, ending this partnership marked an “end [to] an important priority of German Middle East policy.” The nation has invested a lot into the Kurdish region over the past decade, but now it is walking away from the ground it had gained there.

It’s interesting to note that Germany is ending its relations with the Kurds only a month after Turkey invaded northern Iraq to combat Kurdish militias in the region. While there was a lot of criticism that Turkey was using German-made tanks to attack what are portrayed as pro-Western fighters, Berlin had very little criticism for Ankara. Turkish Foreign Minister Mevlüt Çavuşoğlu said that the military cooperation between the two countries remained strong despite those developments. “While we fight with terrorists, we expect support and solidarity from Germany. We expect them to not support terrorists, but I know they are also under pressure,” he said. It could be that Germany’s disengagement from the Iraqi Kurds is a sign that it is prioritizing its relations with the Turks over the Kurds. This relationship between Turkey and Germany is a trend the Trumpet continues to watch closely.

World events are continuing to prove that Bible prophecy, upon which the Trumpet bases its forecasts, is accurate. Germany is using “strategic patience” to position itself around Iran. While Iran is distracted by its own ambitions, it has failed to see that Germany has it surrounded. The number of German troops deployed may be small now, but it has gained footholds in strategic places and can ultimately multiply its troop numbers. This will lead to a massive military clash that will see Iran decimated by a German-led military power. To understand where events in the Middle East are leading, be sure to request our free booklet Germany’s Secret Strategy to Destroy Iran.