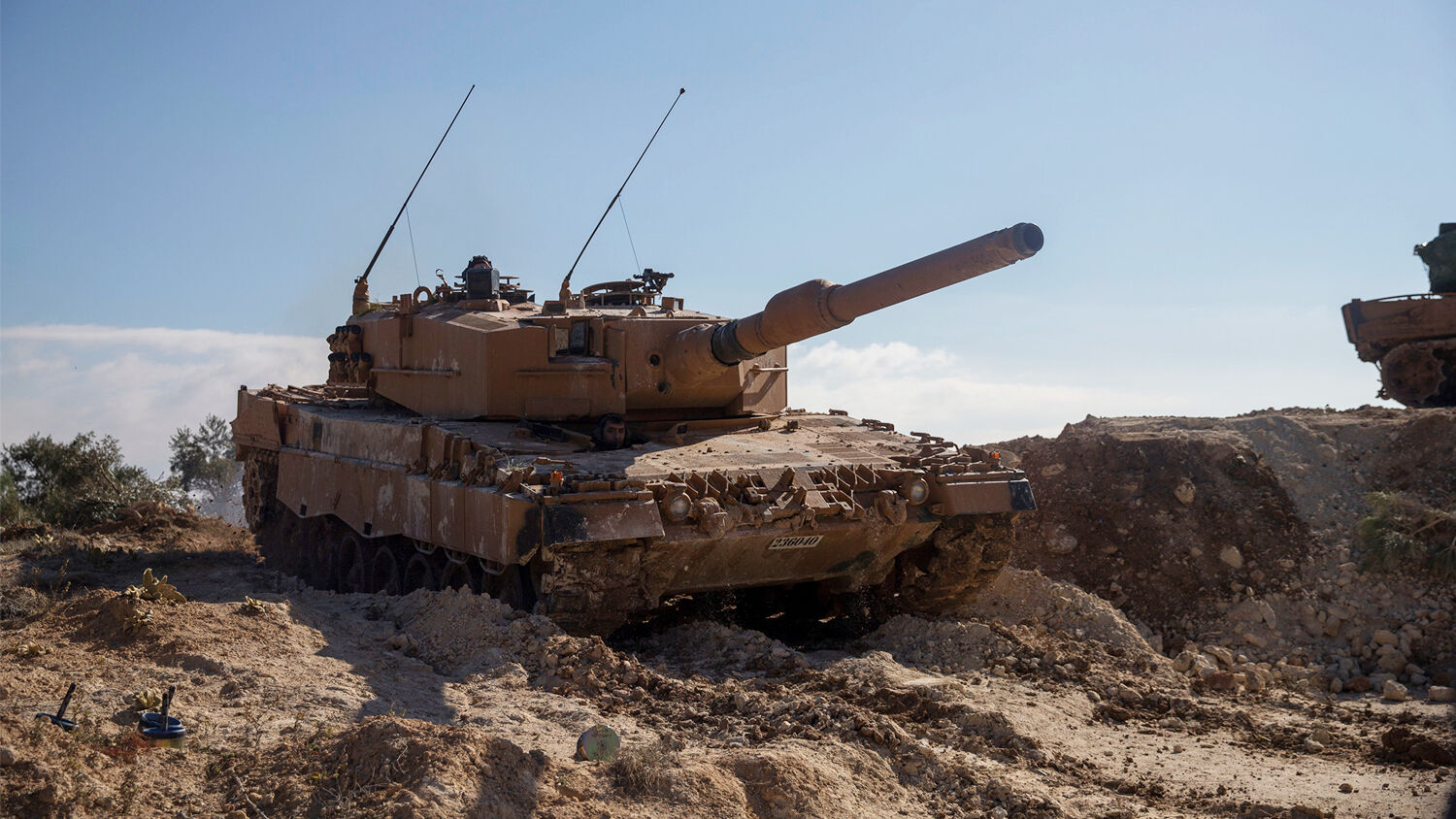 German weapons exports to Turkey are controversial, but even critics don’t realize that Germany’s geopolitical strategy is putting much more at stake.

Turkey invaded the Afrin region of Syria on January 20 to combat Kurdish militia in what it is calling Operation Olive Branch. But what caught the attention of many Germans is the Turkish troops’ use of German tanks.

Despite a public outcry, the German government refrained from condemning the use of the tanks.

The operation is against Kurdish fighters affiliated with the People’s Protection Units (ypg) and the Kurdistan Workers’ Party. The Workers’ Party, founded in the late 1970s, has been fighting the Turkish government since 1984 and seeks to establish an independent Kurdish state within Turkish territory.

Turkish President Recep Tayyip Erdoğan suspected that a Kurdish stronghold in the Afrin region in Syria would be used to launch attacks against the bordering regions in Turkey—so he invaded. Spiegel Online Turkey correspondent Maximilian Popp said on January 23 that “Germany Is Becoming an Indirect War Party” in Syria (Trumpet translation throughout).

Turkey purchased 354 German tanks between 2005 and 2011 without restrictions on how they could be used. In previous deals, Germany exported tanks under the condition that they would be used in nato missions only. But Germany knew that Turkey would likely use its tanks to fight Kurds.

According to Pieter Wezeman, an expert at the Stockholm International Peace Research Institute (sipri), Germany increased its arms exports to Turkey despite the humanitarian risk. “A debate about arms exports to Turkey already existed in Germany in the 1990s,” he told Spiegel Online. “Even then it was clear that these weapons could one day be used against Kurds.”

Since the 1980s, Germany has supplied weapons to Turkey and, according to sipri, has grown to be the nation’s second-largest arms supplier after the United States. However, Turkey’s relationship with the U.S. is suffering as the two pursue different goals in Syria. The Kurdish fighters the U.S. supports are suppressed by Turkey. In order for Turkey to pursue its own interests, it needs more independence. The nation is now building its own arms industry with German help.

According to the Bonn International Center for Conversion research institute, Turkey produces numerous weapons under German license. Besides small arms—such as G3, MG3, MP5 and HK33—between 1994 and 2007, Turkey added Type 209/1400 submarines from Howaldtswerke Deutsche Werft. The nation is now building six submarines with an air-independent propulsion system, Type 214, under German license; the first of which will be completed in 2019. Turkey still relies heavily on German-built tanks. German-Foreign-Policy.com commented on the report:

In addition to warships—submarines, frigates, speedboats and mine-hunting vessels that are produced under license in Turkey—Ankara has mainly bought tanks from the Federal Republic of Germany: According to the Bonn International Center for Conversion (bicc) research institute, of the almost 2,500 battle tanks used by the Turkish Army, more than 720 are German-made.

Moreover, Turkey also hopes to build its own tanks soon using German military know-how. German arms manufacturer Rheinmetall is heavily involved in the construction of a tank factory in Turkey. Prior to the sighting of German tanks in Syria, the German government was planning to upgrade the Leopard tanks in the Turkish Army with the latest Rheinmetall defense technology. According to investigations by Hans-Martin Tillack, the upgrade would give Rheinmetall an even bigger opportunity to advance the construction of the arms factory. Since the invasion of Syria, however, these discussions have been put on hold until Germany forms a government. But the construction of the tank factory continues.

According to Turkish Foreign Minister Mevlüt Çavuşoğlu, the military cooperation between the two countries remains strong despite recent developments. “While we fight with terrorists, we expect support and solidarity from Germany. We expect them to not support terrorists, but I know they are also under pressure,” he said.

Just days after Operation Olive Branch began, the Turkish and German governments resumed regular consultations with a meeting between their state secretaries. German-Foreign-Policy.com commented, “While experts confirm that Turkey’s war in Afrin … is a war of aggression against international law, the Foreign Office speaks of a ‘fluid situation’; a spokesman explained that Ankara’s ‘legitimate security interests’ must be taken into consideration.”

Germany continues to support Turkey because both countries share a common interest in Syria.

Critics claim the German government is more concerned about its relationship with a dictator and securing a profit than the lives of thousands of Kurds. Stern Online wrote: “The German Leopard tanks in Turkey are now rolling into Syria. … One doesn’t have to be an expert in the turmoil of the Syrian war to recognize the madness. And Germany is right in the middle of it—but without a recognizable plan.” Critics and commentators alike fail to recognize Germany’s real intent.

Could it be that Germany has a clear plan in the madness of the Syrian war? Germany has been developing a relationship with Turkey over the past few decades, so what is its long-term strategy?

Psalm 83 describes a military alliance between Germany and Turkey, as well as other Arab nations including Syria. Daniel 11 reveals that this alliance will turn against Iran. Turkey is still allied with Iran today, but the two countries have different goals in Syria. Trumpet editor in chief Gerald Flurry referenced Bible prophecy to show that the conflict over Syria would cause Turkey to ally with Germany against Iran. He wrote in 2012:

Turkey has also been allied with Iran, but it too is going to side with Germany in the future! Why? Because it disagrees with what Iran is doing in Syria! While Iran supports the Assad regime, Turkey supports the rebels.

Turkey’s move into Syria is not only an affront to the U.S. but also against the Assad regime. On January 30, news broke that the Syrian military has engaged the Turkish forces.

“The brutal Turkish aggression on the Syrian town of Afrin cannot be separated from the Turkish regime’s policy from the first day of Syria’s crisis, which was essentially built on supporting terrorism and terrorist organizations, whatever their names,” Syrian President Bashar Assad said in statements carried by Syria’s official news agency sana on January 21.

Assad has good reasons to be suspicious over Ankara’s recent move. The Bible predicts that a German-Turkish alliance will gain control over Syria. German support for the operation will enable Turkey to gain a foothold in Syria. Iran will not support Turkey’s advancements in Syria, but Germany will. This fact alone will lead Germany and Turkey toward closer cooperation in the Syrian crisis.

If Turkey gets a stronghold in Syria, Assad will have seen his last days. Without Assad, Iran will lose much of its influence over the country. Operation Olive Branch might cause Syria to fall into its prophetic destiny as revealed in Psalm 83. To understand how the Trumpet can make these bold predictions, request your free copy of The King of the South.