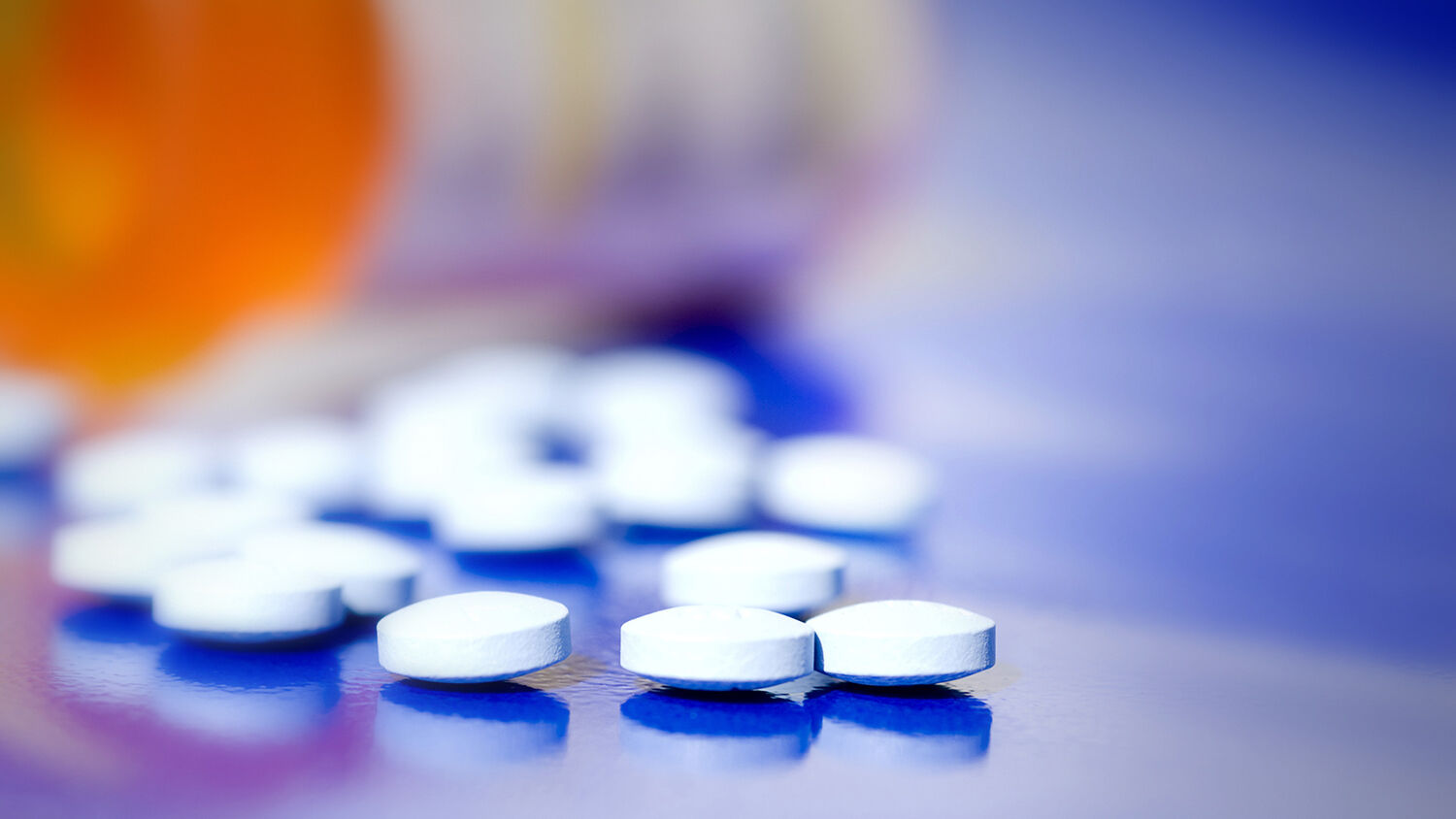 More than 35 million Americans are on antidepressants. This means that severe side effects are likely affecting thousands of people.

In the aftermath of last month’s school shooting in Parkland, Florida, Americans are fixating on the role of guns. Debate over gun control has grown very heated.

It is easy to blame the weapon, but this does not address the cause of such tragedies. There are millions of AR-15 rifles in the United States that aren’t being used to indiscriminately murder people. What causes someone to commit such a horrifying atrocity against fellow human beings?

The Trumpet has written about fatherlessness as a relevant common denominator in school shootings. In case after case—Charleston, Newtown, Decatur, University of Central Florida, mit—the shooter was a young man whose parents divorced or never married. Nikolas Cruz, the Parkland killer, was adopted, and his adopted father died when he was 6 years old. He was a child left to himself (Proverbs 29:15). He got into some terrible evil, and no one stopped him. That is a cause the leaders and media are unwilling to address.

Another potentially major cause is also being widely overlooked: the role of psychiatric medications in these tragedies. In many mass shootings, the murderer was on legal drugs. This hasn’t been confirmed in Cruz’s case, but the Miami Herald reported his aunt saying she believed he was on medication “to deal with his emotional fragility.”

The published side effects of many of these pharmaceuticals include “suicidal ideation” and “homicidal ideation.” These drugs are known to cause people to think about killing themselves or other people!

Read the possible psychiatric side effects for the popular antidepressant Paxil. “Common” symptoms (which the Food and Drug Administration defines as occurring in as many as 1 in 10 users) include abnormal dreams, agitation, anxiety, depersonalization, depression, drugged feeling, emotional lability (breakdown), lack of emotion and nervousness. “Uncommon” symptoms (as many as 1 in 100 users) include abnormal thinking, alcohol abuse, hallucinations, hostility, manic reaction, neurosis and paranoid reaction. And fewer than 1 in 1,000 users experience antisocial reaction, delirium, delusions, hysteria, irritability, manic-depressive reaction, panic attacks, psychosis, psychotic depression, stupor and withdrawal syndrome. The frequency of “suicidal ideation and behavior” is “not reported.” There are postmarketing reports of confusional state, disorientation and homicidal ideation. Drugs.com explains:

Antidepressants may have a role in inducing worsening of depression and the emergence of suicidality in certain patients during the early phases of treatment. An increased risk of suicidal thinking and behavior in children, adolescents and young adults (aged 18 to 24 years) with major depressive disorder (mdd) and other psychiatric disorders has been reported with short-term use of antidepressant drugs.

Adult and pediatric patients receiving antidepressants for mdd, as well as for psychiatric and nonpsychiatric indications, have reported symptoms that may be precursors to emerging suicidality, including anxiety, agitation, panic attacks, insomnia, irritability, hostility, aggressiveness, impulsivity, akathisia, hypomania and mania.

The Centers for Disease Control and Prevention reported in 2011 that 11 percent of Americans age 12 and up are taking antidepressant medication. With 323 million Americans, that’s 35 million people. Even if only 1 in 10,000 of these users experiences the most severe of these symptoms, we are looking at thousands of psychotic, hysterical, delusional or even homicidal people.

It only takes one to cause a Parkland tragedy.

Journalist David Kupelian compiled a list of instances where people who committed school shootings or similar mass murders had been taking psychiatric medications. Here is a sampling of them from his article “Media ignoring 1 crucial factor in Florida school shooting”:

Kupelian also cited the case of Andrea Yates, who in 2001 drowned her five children—between 7 years and 6 months of age—in a bathtub. She said she heard voices telling her to kill them. A longtime friend of hers testified at her trial, “She asked me if I thought Satan could read her mind and if I believed in demon possession.” A doctor who evaluated Yates said that after her first child was born, she felt a satanic presence “telling her to take a knife and stab her son Noah.” When she murdered her children, she was under the delusion “not only that she had to kill her children to save them, but that Satan had entered her and that she had to be executed in order to kill Satan,” Kupelian wrote. She had been taking the antidepressant Effexor. Kupelian reported:

Kupelian noted that though the fda defines “rare” (as in “rare adverse events”) as occurring in fewer than 1 in 1,000 people, that year there were 19.2 million prescriptions for Effexor filled in the United States. So here was just one brand of antidepressant that could have been causing murderous thoughts in thousands of Americans! Kupelian wrote,

Effexor is Wyeth’s best-selling drug, by the way, which in one recent year brought in over $3 billion in sales, accounting for almost a fifth of the company’s annual revenues.

This is big business. Thousands of consumers of these drugs who experience problems sue these drug companies each year, and these companies routinely shell out millions of dollars to plaintiffs in order to settle these cases out of court and keep them out of the public eye. As Kupelian noted, pharmaceutical companies are also the biggest sponsors of tv news programs, which rarely if ever confirm reports that these mass murderers were taking prescription medications.

Read for yourself the fda’s “black box” warning label, included on all antidepressants sold in the U.S. today. It begins: “Antidepressants increased the risk compared to placebo of suicidal thinking and behavior (suicidality) in children, adolescents and young adults in short-term studies of major depressive disorder (mdd) and other psychiatric disorders.” The evidence is strong that these drugs do play a role in pushing some mentally unstable people into violence.

We have to think about why this would be the case. To take a gun and try to kill as many people as possible with it is an act of pure evil. Can that be simply explained by material, chemical changes in the brain caused by the introduction of pharmaceuticals?

There is a spiritual dimension to this issue. And as loath as the mainstream press is to address the issue of how drugs may play a role in mass murders, it is even less interested in acknowledging this dimension—undeniably a root cause of these tragedies.

The Bible reveals the active presence of an evil spirit world. Read Chapter 2 of Mystery of the Agesto prove the truth about the “Mystery of Angels and Evil Spirits” from your own Bible. This evil influence is far more pervasive than most people realize. It is also something that we must individually protect ourselves against, or that influence can quickly expand and become extremely dangerous.

Mind-altering drugs can definitely make a human mind far more vulnerable to demonic influence and activity. And as the Trumpet’s editor in chief Gerald Flurry has repeatedly emphasized lately, such activity is increasing in our world as we approach the end of this age, and the devil “knoweth that he hath but a short time” before being deposed (Revelation 12:12).

Fixating on gun control, Americans are ignoring the real causes of these horrific tragedies. The Apostle Paul warned us not to be ignorant of Satan’s devices, lest he gain an advantage over us (2 Corinthians 2:11). This is why the devil’s evil influence will continue to grow—thankfully, for only a short time.