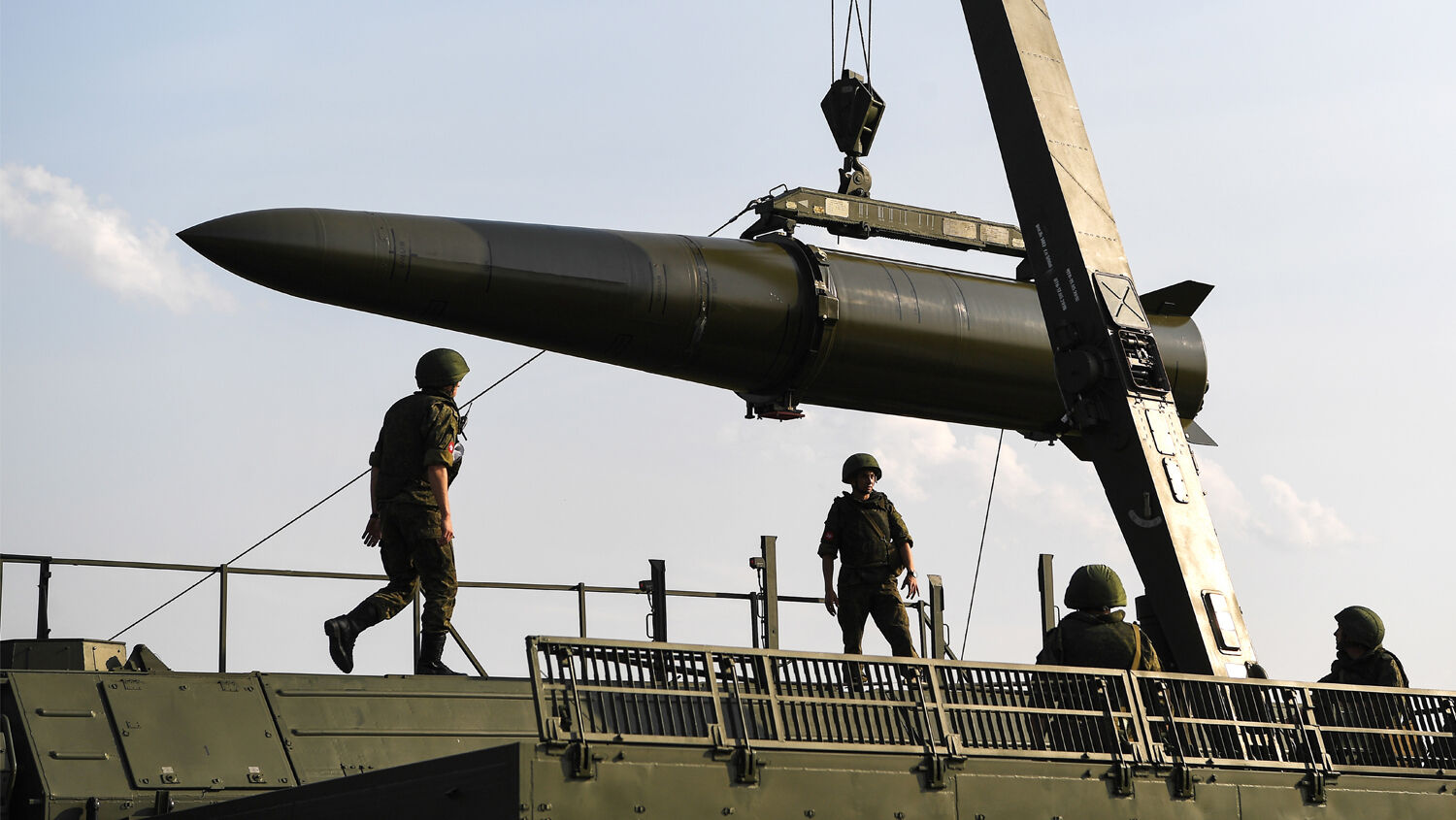 Russia has deployed additional nuclear-capable missiles to its Kaliningrad Oblast. Neighboring Lithuania has voiced concern about the missiles, but on February 6, Russia scolded the Lithuanians for what it called their unjustified fears.

Lithuanian President Dalia Grybauskaitė told reporters that Russia’s nuclear-capable “Iskander missiles are being stationed in Kaliningrad for permanent presence.” Kaliningrad is a non-contiguous Russian territory on the Baltic Sea roughly 650 miles west of Moscow. It lies west of Lithuania, Latvia, Belarus, Estonia and Ukraine, and is only about 150 miles from Warsaw, the capital city of Poland, and about 250 miles from the German border. Grybauskaitė said its location deep in Europe means “half of all European countries” are within range of these missiles.

One of Russia’s most sophisticated and versatile missile systems, the Iskander reportedly has a range of up to 250 miles and can accommodate ground-penetrating bunker busters, electromagnetic pulse weapons and nuclear warheads.

Russia confirmed that it has installed new Iskander missile systems in Kaliningrad, but government spokesman Dmitry Peskov said Grybauskaitė and other Europeans are wrong to criticize the deployment.

“I want to remind you that placing particular armaments and deploying specific military units on Russian territory are solely the sovereign issue of Russia,” Peskov said to Russia’s Tass News Agency. “Russia has never threatened and does not threaten anyone, but Russia, naturally, has the sovereign right [to deploy armaments on its territory], and that is why this should hardly be a cause for someone’s concern.”

For anyone who has been watching Russia’s foreign policy, particularly over the last decade, Peskov’s words are not reassuring.

In August 2008, Russia invaded the former Soviet Republic of Georgia and took control of two of its regions. In March 2014, Russia stealthily invaded Ukraine’s Crimean Peninsula and annexed it, literally redrawing the borders of Europe.

The people of Lithuania are deeply alarmed by those moves—and with good cause.

Lithuanian Vice Minister of Foreign Affairs Andrius Krivas told the Trumpet in May 2014, “[A]s long as the Russian leadership pursues the policies of reinstating in one form or another Moscow’s control and domination over the area once ruled by the Soviet Union or, even further back in history, Russian Empire, such risk is always present.”

Krivas added that Russia’s actions toward Ukraine “command an ever more cautious approach to possible and even likely attempts by Russia to do the same with regard to its other neighbors, including but not limited to, the Baltic States.”

Very recent history shows that Lithuanians and other Europeans have every reason to be alarmed by Russia’s recent deployment of Iskander systems to Kaliningrad.

Europeans’ fear of Russia’s increasing military might and aggression is well founded. This fear is also deeply significant in terms of end-time Bible prophecy.

In 2014, shortly after Russia had annexed Crimea, Trumpet editor in chief Gerald Flurry explained the significance:

The fear that is now intensifying among the Lithuanian leadership and elsewhere in Europe is prompting those nations to seek to unify Europe, politically and militarily. Within a unified European bloc, they feel they can boost their chances of standing up to the rising Russian threat.

Mr. Flurry’s article goes on to explain prophecies recorded in Ezekiel 38, Daniel 2 and 8 and Revelation, showing that these developments are leading to a time of destruction that “will cause more suffering than the world has ever known!” But he is quick to add that ultimately these developments point to profoundly joyous news:

Well, it does describe a lot of suffering coming upon this world—the worst ever. But it is tied directly to the coming of the Messiah, when all suffering ends, and God brings peace, happiness and joy to the world! That is the best news you could ever hear!

To understand the details of these Bible prophecies and to learn more about the “best news you could ever hear,” read Mr. Flurry’s article “The Crimean Crisis Is Reshaping Europe!”