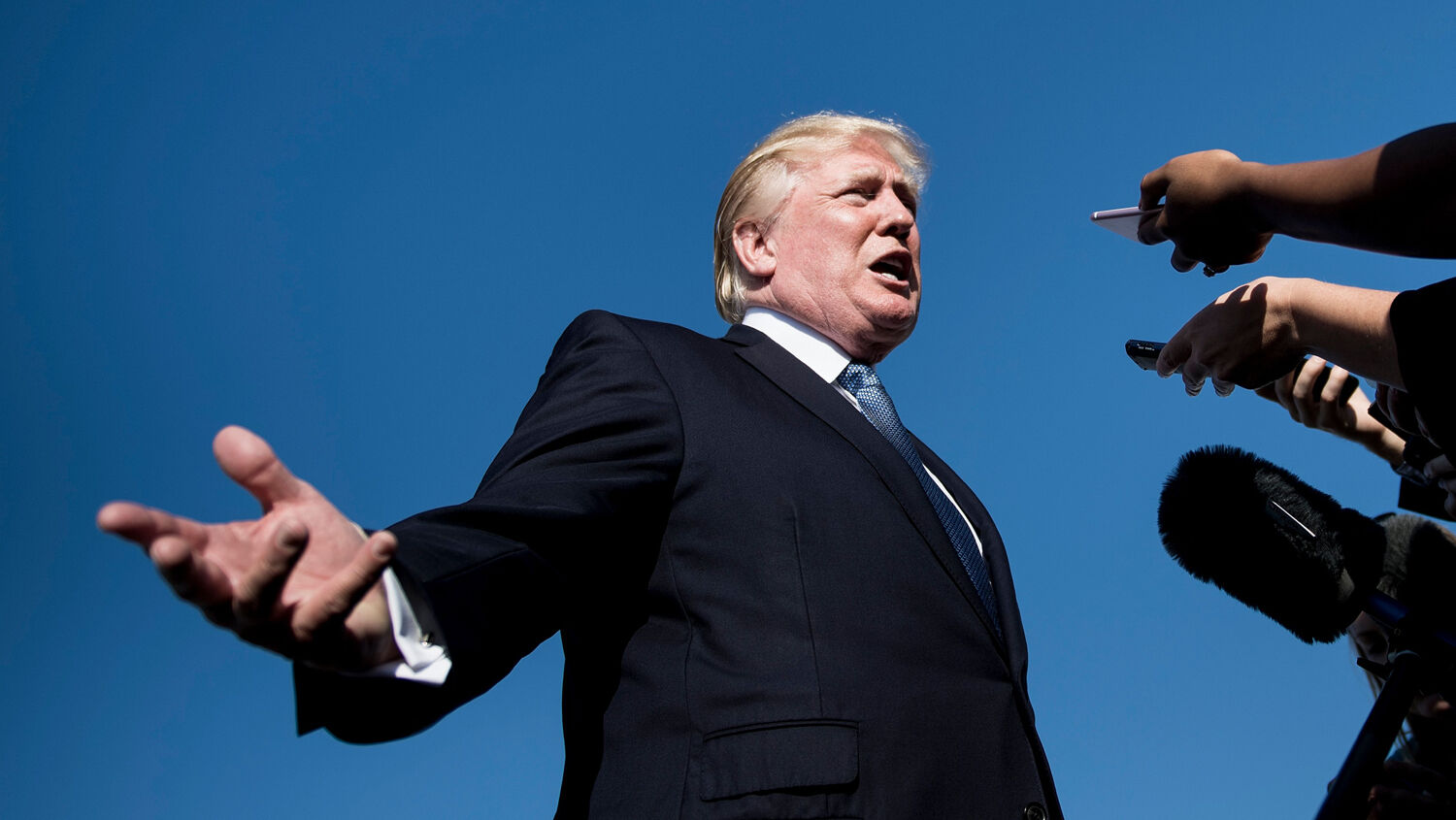 Who is really to blame for suppression of truth? Trump or the mainstream media?

United States President Donald Trump just won the “Overall Achievement in Undermining Global Press Freedom” award. The nomination was among five awards handed down on January 8 by the Committee to Protect Journalists (cpj). cpj is a nonprofit organization that documents attacks on the press around the globe.

The awards were prompted by President Trump’s own “fake news” awards announced on Wednesday, January 17.

To the mainstream media, Trump is a threat to freedom of speech and true journalism. Just look at who cpj lumps Trump in with: “Most Thin-skinned” and “Most Outrageous Use of Terror Laws Against the Press” were won by Turkish President Recep Tayyip Erdoğan; “Tightest Grip on the Media,” Chinese President Xi Jinping; “Biggest Backslider in Press Freedom,” Burmese incumbent State Counselor Aung San Suu Kyi.

Notice that. Trump won the overall achievement. He is apparently overall a greater threat to journalism than Erdoğan’s Turkey, which jails more journalists than any other nation in the world. Trump also wins out over Xi—of course, Trump’s criticism of “fake news” far outweighs China’s stringent media control, right? According to U.S.News, China comes in as the number two jailer of journalists. And that is just the start.

This year, authorities have cracked down on China’s top video-streaming websites, doubled down on their crackdown of virtual private networks, removed foreign tv shows from online platforms, required users to register to online forums with their real names, and introduced laws that hold chat group admins accountable for what is said in their spaces.

New rules also require online news websites to be overseen by government-approved editorial staff and for workers to have reporting credentials from the central government.

Then consider Trump’s overall victory over Aung San Suu Kyi, who recently incarcerated two Reuters journalists. The journalists were trying to report on the ethnic cleansing of the Rohingya Muslims in northern Myanmar. How many journalists has Donald Trump locked up for covering his tax laws? How about his efforts to build the wall? Do cnn anchors languish in prison? Does the Washington Post have to screen its articles through the White House?

Then consider Russia, where being a journalist frequently leads to being assassinated. cpj itself has documented the deaths of journalists. And consider all the tyrannical regimes where the only news fed to the populace is through a state-run agency or heavily influenced by the government. Is Trump overall worse than one of these dictators?

There is a lesson to be learned from the cpj awards. There is a dangerous problem in the mainstream Western press: media bias.

Ever since 2015, the media has latched on to Trump as the cause for America’s problems. Just look at what cpj said about Trump’s award:

While previous U.S. presidents have each criticized the press to some degree, they have also made public commitments to uphold its essential role in democracy, at home and abroad. Trump, by contrast, has consistently undermined domestic news outlets and declined to publicly raise freedom of the press with repressive leaders such as Xi, Erdoğan and Sisi. Authorities in China, Syria and Russia have adopted Trump’s “fake news” epithet, and Erdoğan has applauded at least one of his verbal attacks on journalists. … As Trump and other Western powers fail to pressure the world’s most repressive leaders into improving the climate for press freedom, the number of journalists in prison globally is at a record high.

By their reckoning, it is Trump’s fault that truth and journalistic integrity are being squashed. But here is something you won’t read in the New York Times or Washington Post: The media is just as much to blame for silencing the truth as Trump is—and more so. It is mainstream media that should take the award for “Overall Achievement in Undermining Global Press Freedom.”

Who buries more truth? Trump or the mainstream media?

The mainstream media in America had been silencing true journalism—journalism based on fact and reason—long before Trump came on the scene.

Notice what Trumpet editor in chief Gerald Flurry wrote in a 2002 article titled “Where Media Bias Is Leading”:

Like a political dictator, the press blots out good, objective views as if they didn’t even exist, and they include an abundance of views that reinforce their biases. In their holier-than-thou attitude, they act like God has given them the right to teach us all how to think.

Mr. Flurry gave the example of abortion. The same issue has been pinpointed by researchers like David Shaw as proof of media bias. The media is so biased, so feminized, so left-wing, that the issue cannot be truthfully reported on. True journalism is buried.

In more recent times, consider the “scandal-free” Obama presidency. The media seemed oblivious to Benghazi, “Fast and Furious” or the more recently revealed Hezbollah-drug cartel collusion. All were major scandals that were swept under the news desk. The biased media won’t report on the truth. Meanwhile, President Trump can’t put on his socks without causing a scandal.

And the media are repeatedly backed up by Hollywood and America’s social elites. For more on this, listen to the Trumpet Daily Radio Show program “Your Truth Won’t Set You Free,” below.

A growing trend in our society is to ignore objective facts for the more favorable view of your own subjective truth. This is evident in recent developments such as journalist Michael Wolff’s new book Fire and Fury: Inside Trump’s White House, in which he makes many untrue and unsubstantiated claims, yet the book is still lauded by many in the mainstream media. Perhaps no example is more pronounced than an excerpt from Oprah Winfrey’s recent Golden Globe speech where she stated, “What I know for sure is that speaking your truth is the most powerful tool we all have.”

Where It Is Leading

In his 2002 article, Mr. Flurry wrote that a “wrong spirit has entered the newsroom.” He continued:

What is this problem doing to our people? They see the media are not really seeking the truth as they profess to be. This causes the people to rely more and more on themselves. …

The nation of ancient Israel fell. Just before they collapsed, “every man did that which was right in his own eyes” (Judges 21:25). They didn’t trust anybody but themselves. They made the same mistakes we are making today—and the nation fell!

But this doesn’t have to happen to you. You have already taken the first step: You came to the Trumpet website. We at the Trumpet look at world news through the lens of Bible prophecy. We work to analyze the important news—the news behind the news. It is the significant news in relation to the fulfillment of Bible prophecy. It is the news you won’t get in your local paper.

Are you sick of how mainstream media wants to dictate what is true and what is false? If so, and if you haven’t already, subscribe to our free daily e-mail: the Trumpet Brief. With it, you can stay up to date on what is really happening in your world. Here are a few e-mail topics from last week: “You need to know: Is California cursed?”, “No more Mr. Nice Germany” and “Why Baltimore had a ghastly 2017.” If you want the real issues facing society, and if you want the truth based on your own Bible, subscribe today!