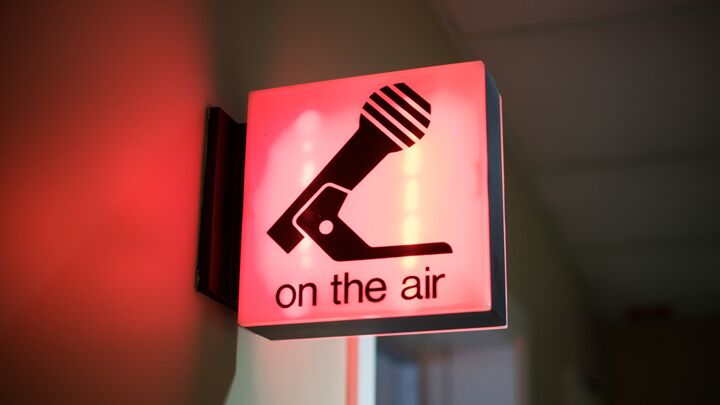 From The May 2002 Philadelphia Trumpet
View Issue FREE Subscription

Bernard Goldberg’s book Bias has become a smashing bestseller. He is a cbs insider who has written about how the media distorts the news.

The cover jacket of the book reads (emphasis mine throughout): “You’ll never look at your nightly news the same way again. In his nearly 30 years at cbs News, Emmy Award-winner Bernard Goldberg earned a reputation as one of the preeminent reporters in the television news business. When he looked at his own industry, however, he saw that the media far too often ignored their primary mission: objective, disinterested reporting. Again and again, he saw that they slanted the news to the left.

“For years Goldberg appealed to reporters, producers and network executives for more balanced reporting, but no one listened. The liberal bias continued.

“Now, in Bias, he blows the whistle on the news business, showing exactly how the media slant their coverage while insisting that they’re just reporting the facts.”

I have seen a lot of controversy over this book. But does anybody realize how serious the problem of media bias really is?

Here is what John Leo of U.S.News & World Report wrote March 18 about Bias: “Goldberg got a good ride from radio and cable tv, but the three old-line tv networks have pretended his book doesn’t exist. He thinks Bias is the first No. 1 nonfiction bestseller of modern times that failed to get a single minute on cbs, nbc or abc.”

Let’s not forget, Mr. Goldberg has an impeccable reputation and almost 30 years—three decades—as an insider!

How could any objective, truth-seeking newsperson not be moved to action by this? If the journalists involved do nothing, what does that do to their credibility?

We have a right to expect more of news leaders who influence many millions of viewers! In fact, Mr. Goldberg likens them to the mafia. I wish that were an exaggeration, but I fear it is not! They have a duty to make some changes. They exposed the Watergate corruption. But the corruption of our news could be far worse in its impact on our society!

Are journalists, who so often preach responsibility to others, going to exude irresponsibility? Can they, who hold so many accountable, be so arrogantly unaccountable? Will they, who expose so much scandal, be so scandalous?

It’s time for more people to speak out!

John Leo continued, “The reluctance of the news business to hold seminars and conduct investigations of news bias is almost legendary. In 1990, Los Angeles Times media critic David Shaw stunned everybody with a 12,000-word, four-part series on press coverage of the abortion issue. He essentially concluded that the American newsroom culture is so strongly pro-choice that it cannot bring itself to report the issue fairly. This apparently explosive report provoked no self-examination, no panel discussions. It quickly made the rounds of newsrooms like samizdat [a forbidden work]. Privately, lots of reporters and editors said it was true, and a few articles appeared. But in general, journalists reacted as if the Shaw report had never happened. I arrived on the advisory board of the Columbia Journalism Review a year later, and I pushed hard (but, of course, late) for cjr to examine Shaw’s findings. No dice. Everyone was determined to look the other way. I cannot think of a major newspaper series that got less attention. The reason, I think, was obvious: Feminists in the newsroom would not stand for this issue to be aired. So it wasn’t” (ibid.). Who is really in control of these newsrooms?

A wrong spirit has entered the newsroom. This is a danger to any free society. The more power they get, the more dangerous they become. Such a spirit deeply divides our people. Respect for the media is seriously damaged along with their credibility.

Does God have a view on abortion? The true Christian today is in the embryo or fetus stage, about to be born into the family of God. Destroying that spiritual, unborn child is eternal murder!

Many people strongly believe that to destroy a physical embryo or fetus is murder. But these “reporters” distort any such views or just push them aside. In the process, they even damage freedom of religion.

Deciding if an unborn child lives or dies is God’s domain. God would never approve of journalists or any authorities deciding such an issue.

These journalists act like they know better than God or anyone else who disagrees with them. This attitude goes beyond just being arrogant. And it brings God’s wrath upon our people.

That is why every person should be concerned.

Like a political dictator, the press blots out good, objective views as if they didn’t even exist, and they include an abundance of views that reinforce their biases. In their holier-than-thou attitude, they act like God has given them the right to teach us all how to think.

That attitude is far from holy.It is in the same spirit with which Saddam Hussein rules Iraq! Generally, he doesn’t give the truth to his people. He gives them what he thinks they should receive.

No matter how much we deny this news bias, the ending is going to be ugly and disgraceful. This behavior mars our precious Constitution, at the hands of the very people who should be fervently upholding it!

In Bias, Bernard Goldberg quoted Steven Brill as saying, “When it comes to arrogance, power and lack of accountability, journalists are probably the only people on the planet who make lawyers look good.”

Whether we agree or disagree with that statement, the problem is still enormous. The media are losing the trust of our people. People are building more and more distrust for our institutions—especially the press, which is seemingly accountable to almost nobody. In a democracy, that is a deadly danger.

There are numerous times when the press and politicians need to appeal for real support from the people. Without such support, how can anyone or any institution provide real leadership? They need the people’s trust.

Can any democracy survive such a diseased condition?

Mr. Goldberg wrote, “The problem is that so many tv journalists simply don’t know what to think about certain issues until the New York Times and the Washington Post tell them what to think. Those big, important newspapers set the agenda that network news people follow.”

This is also a reflection of our educational system. That is where we get our media leaders. Are our college students taught to think deeply and courageously speak out?

The press is either shallow, or they fear to speak the truth! Either way, this is an extreme danger.

What is this problem doing to our people? They see the media are not really seeking the truth as they profess to be. This causes the people to rely more and more on themselves. “You’ll never look at your nightly news the same way again.” Isn’t that statement true?

The nation of ancient Israel fell. Just before they collapsed, “every man did that which was right in his own eyes” (Jud. 21:25). They didn’t trust anybody but themselves. They made the same mistakes we are making today—and the nation fell!

And whether we realize it or not, they are our forefathers (write for our free booklet The United States and Britain in Prophecy). Even the actions of our press strongly indicate who our ancestors are.

How can we avoid their mistake?

What happens when the press is corrected? Is there an inquiry to see if something is wrong, and do they then change if they are in error?

I see no such attitude. They lack the humility to turn from a dangerous course, and they lack the vision to make our republic great! On the contrary, they are damaging it beyond repair!

The press repeatedly discusses their passion for seeking the truth. Too often that is shamefully untrue. Only the truth can set us free (John 8:32). How often we discuss freedom in this land. But are we so enslaved to arrogance and self-importance that we don’t even know what freedom is?

Study history. Either we correct ourselves now, or the harshest events imaginable will do it for us!

This is not a subject to take lightly. The survival of our freedom is at stake.