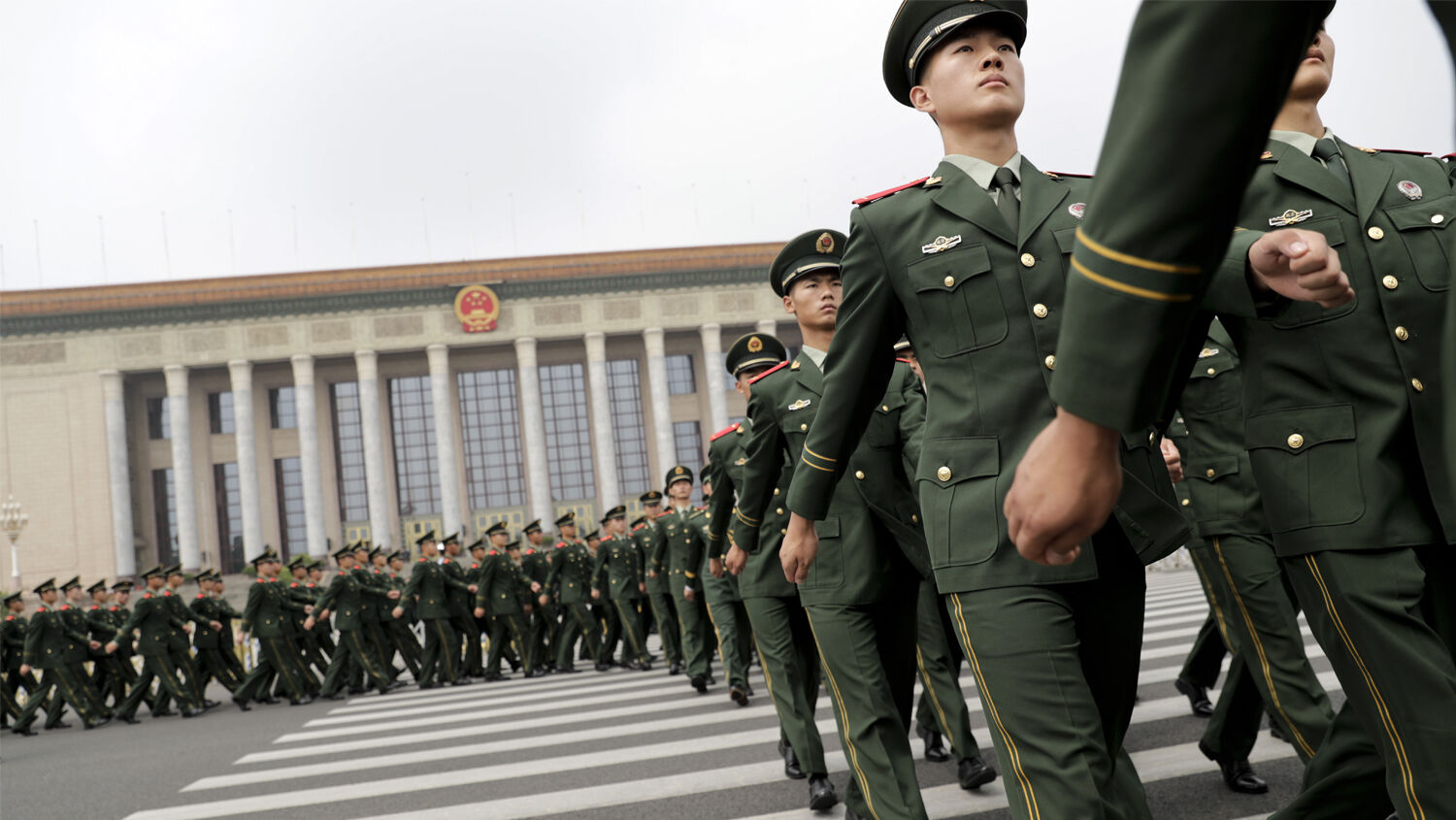 Chinese paramilitary policemen march outside the Great Hall of the People after attending a ceremony to commemorate the 90th anniversary of the founding of the People’s Liberation Army on Aug. 1, 2017.
ANDY WONG/AFP/Getty Images

For the first time in the history of the modern Chinese state, the leader of the Communist Party has personally dictated military action to the People’s Liberation Army.

“Here I give my orders,” announced Chinese President Xi Jinping to thousands of assembled troops. “The military at all levels should strengthen military training and war preparedness.”

Speaking to more than 7,000 Chinese servicemen on Wednesday, January 3, the Communist Party’s general secretary ordered all members of the People’s Liberation Army (pla) to ready themselves for the outbreak of war. In a clip showing Xi’s speech, the camera regularly takes in the vast array of soldiers and military equipment. The magnitude and regimentation of those present reinforces the power wielded by this East Asian country.

Christina Zhao of Newsweek reported that “during his speech, Xi encouraged the troops to ‘enhance their military training and combat readiness’ to ‘grasp the capability to win battles’ as dictated by the Chinese Communist Party.”

The president’s direct orders to the pla are another big step for Xi in securing power for both himself and his nation.

“This is the first time since the founding of the country that instructions on military training have been directly issued by the chairman of the [Central Military Commission],” said Xu Guangyu, a retired major general and adviser of the China Arms Control and Disarmament Association, speaking of President Xi. “[I]t shows that improving combat readiness is now a strategic mission for the Chinese military.”

This news falls in line with what the Trumpet has been writing concerning the rise of this Asian strongman. Trumpet writer Jeremiah Jacques wrote in his article “Xi Jinping: Emperor for Life” that during his first term in office, Xi has accumulated more power than any Chinese leaders since Mao.

“It would be easy to view Xi’s rise as the result of an ambitious individual maneuvering to make himself an authoritarian,” he wrote. “But his rapid ascent could not have happened without the full consent and assistance of the upper echelons of the [Chinese Communist Party]. The Chinese elite see that the global order is unraveling. They see American power declining and leadership vacuums opening up. They see that the international stage is primed for conflict, that there is a chance for China to take advantage of the volatility and to emerge as a superpower.”

Revelation 16:12 and 9:16 show that China’s development as a world power has been prophesied within the pages of the Bible. As one of the “kings of the east,” China is set to help Russia create an armed force numbering in the hundreds of millions!

In such tenuous times as the world finds itself in, China knows that it needs a strongman to guide it toward greater global dominance and power. It takes a streamlined chain of command to effectively play on the world stage. The following is taken from a Trumpet article titled “Xi Jinping: An Aspiring Vladimir Putin.”

Xi’s success in cementing power over his nation’s military and foreign policy is worth watching closely, as it may provide an important clue about how China will be steered onto its prophesied collision course with Europe—and how close this conflict could be. For any nation destined to play a decisive role in shaping history, an ambitious leader with the power to steer his nation is key. China’s dominant role in these end-time prophecies indicates that such a man could rise on the scene to lead it to rally behind Russia.

Current events are backing up the words recorded in the Holy Bible. Be on the lookout for China and its allies to continue to expand their military power, reinforce their governments, and prepare for soon-coming global conflict!