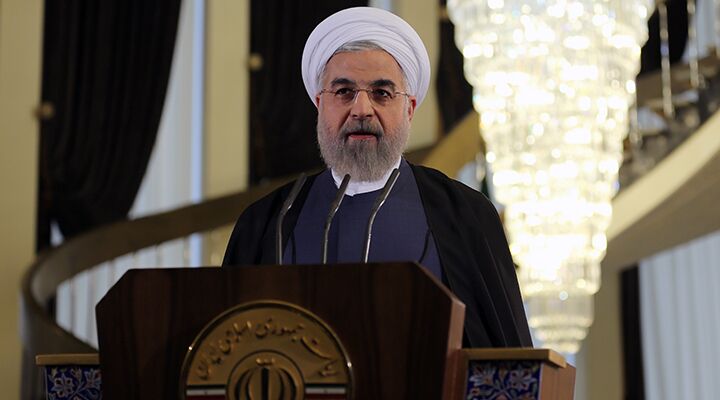 In the post-sanction era, Muscat’s relationship with Tehran is flourishing. But will it end well?

Less than a week after the nuclear deal was implemented in January of this year, Iran’s ambassador to Oman, Ali Akbar Sibaveh, announced that Tehran will “repay” its neighbor for its instrumental role in getting the deal passed and crippling sanctions lifted. “Friends at times of need are few, and Oman stood with us through thick and thin, and we do not forget our friends,” said Sibaveh. The note of praise and promise of future benefits lavished upon Oman at the closing of the deal indicates the critical part the country played early on in the nuclear process.

Although the nuclear negotiations between the United States and Iran became public after the election of so-called moderate Hassan Rouhani to Iran’s presidential office in the latter half of 2013, secret talks had been going on for years. Those meetings were held in Oman.

According to a recent New York Times piece, the Obama administration first learned of Iran’s desire to discuss its nuclear program in the middle of 2009 when Omani businessman Salem ben Nasser al-Ismaily approached Dennis Ross, then Secretary of State Hillary Clinton’s special adviser on Iran at the State Department. In Ismaily’s hand was an offer from Iran to the Obama administration to negotiate its nuclear program and the lifting of sanctions, among other things.

Given that Islmaily was a known confidant of Omani Sultan Qaboos bin Said, who in turn had a long-standing friendly relationship with Iranians, the State Department thought there was a chance the proposal was authentic and allowed Ross to continue correspondence with the Omanis.

Almost two years later, Mrs. Clinton arrived in Muscat, the capital of Oman, to talk face to face with the sultan about the potential negotiations. According to the New York Times, Clinton was prepared to test out the proposition, though she expressed doubt in Iran’s ability to negotiate in good faith. On the other hand, it was around this time that President Barack Obama became more involved in the process, calling the sultan himself twice in the next few months to see whether he could deliver an Iranian who had the authority to speak on behalf of Iranian Supreme Leader Ayatollah Ali Khamenei.

Then, in the latter part of 2011 to early 2012, U.S. representatives of both Clinton and then Sen. John Kerry arrived in the Omani capital to pursue the option of negotiations. All the while, not a whiff of a potential United States détente with Iran had reached the public. Remember, the clandestine maneuvering was all done during the presidential term of Iranian firebrand Mahmoud Ahmadinejad, most famous for his declarations to wipe Israel off the map.

Finally, on June 14, 2013, former Iranian nuclear negotiator Hassan Rouhani was inaugurated as Iran’s president, all the while being hailed by the West as the embodiment of Iranian moderation. Three months later, on the sidelines of a United Nations General Assembly meeting in New York, his foreign minister, Javad Zarif, presented, in the words of Mr. Kerry (who had since been made secretary of state), a proposal that was “very different in the vision” of the future. Of course, we now know that Mr. Kerry was already primed about the contents of the proposal.

Fast forward 2½ years to Jan. 16, 2016—the nuclear deal implementation day, which opened up frozen funds to Iran as well as lifted economic sanctions—and it’s obvious why Iran said it won’t forget to repay the Omanis.

Clearly, Oman didn’t mediate the initial movements of the nuclear agreement purely for altruistic purposes. It had plenty to gain economically from the reintegration of Iran back into the international system. Given that Oman and Iran are just 21 miles apart at its closest point across the Strait of Hormuz, new trade deals would allow for goods to quickly and cheaply pass between the nations.

This was obviously part of the rational for promoting the nuclear deal as brought about by Giorgio Cafiero writing for Al-Monitor:

Oman offers Iran a stepping-stone to Africa, but the lifting of sanctions on Iran also enables the sultanate to deepen energy relations via Iran with gas-rich Central Asia. The passage of the interim nuclear agreement in November 2013 marked an important step toward building a Central Asian-Iranian-Omani trade nexus. In August 2014, the foreign ministers of Oman, Iran, Turkmenistan and Uzbekistan met in Muscat to sign a memorandum of understanding — “Establishment of the International Transport and Transit Corridor.”… The foreign ministers also reviewed principles for opening up the Omani ports of Sohar, Duqm and Salalah to Central Asia. Prospects for this trade corridor unquestionably prompted Omani officials to diplomatically pursue the unfreezing of Iran’s trade with the outside world and to ease tensions between Iran and its adversaries.

There are already many fruits to show for the growing integration of the two economies.

Since sanctions were lifted earlier this year, a long-planned undersea gas pipeline connecting Iran to Oman worth a potential $60 billion was given fresh impetus. Long desired by the Omanis, this pipeline would send 20 million cubic meters of gas from Iran to Oman per day where it would be converted to liquefied natural gas for export. This also will ensure that Oman can diversify away from its mainly oil-based revenue streams.

In March, Iran also announced it would establish a $200 million joint venture with Oman, building an automobile plant in Oman where it would share ownership with Iran Khodro Co., the largest car company in Iran. Production is set to begin in 2017, with the hope of producing 20,000 units before mid-2018. These cars would then be exported to Yemen, Eritrea, Sudan and Ethiopia—all nations on friendly terms with Iran.

Also this year, Oman’s largest lender, the Bank of Muscat, was approved to open a branch in Tehran, making it one of the first foreign banks to enter Iran in the post-sanction era. That said, even during the worst of the sanctions through 2012-2013, Oman’s annual bilateral trade with Iran grew by some 70 percent, amounting to $873 million. According to Iran’s minister of industry, mines and trade, that should increase to $4 billion by 2021.

The growing relationship of Iran’s and Oman’s economies is seen by both as a win—although in the short term, Oman will likely benefit the most. In the long term, however, with a population of just 4 million in comparison to Iran’s 80 million, Oman will have no choice but to play little brother to a growing Iran, especially as their economies become more integrated. It seems Muscat might get more than it bargains for when dealing with Iran.

Iran and the Gulf of Oman

The fact that Oman is pursuing what seems to be a pro-Iran policy is not necessarily surprising. While Oman is located on the Saudi Arabian peninsula and is a member of the anti-Iranian Gulf Cooperation Council (gcc), Muscat has long pursued its own foreign-policy agenda. The leadership of Sultan Qaboos has endeavored to enjoy a peaceful coexistence with all of its neighbors. Even during the Iran-Iraq War in the 1980s, Oman refused to take sides, though it did allow the United States to use its military bases and landing strips.

As a recent example, when protesters stormed the Saudi Embassy in Tehran following the execution of Shiite Cleric Nimr al-Nimr earlier this year, Oman broke with the gcc and other Sunni states, refusing to cut off diplomatic ties with Iran. In many ways, Oman has been stuck between the sectarian disagreements of the Shia and Sunni world as it practices the Ibadi form of Islam, which separated from other elements of Islam before the Sunni-Shia split. Oman is the only country in the world where Ibadism is the majority Islamic sect.

In this light, the recent overtures toward Iran should not be classified as fulfilling an Omani desire to side with Iran at the expense of its relationship with Saudi Arabia or the gcc, but rather, a continuation of its half-century policy of not getting involved in regional rivalries. Many commentators see the blossoming relationship as a means for Oman to assert a more independent foreign policy.

However, it’s unlikely that Iran sees it the same way. Iran is not moving closer to Oman so that Oman can pursue a more independent foreign policy. Rather, its benevolence is merely a facade to ensure Oman becomes beholden to Iran.

By further integrating with Oman, Iran is once again endeavoring to fulfill its ambition of dominating the sea-lane from the Persian Gulf to the Mediterranean Sea. Trumpet editor in chief Gerald Flurry first drew attention to this strategy in April 2011. Already, Iran has mobilized its terrorist proxies to neighboring Yemen to control the Bab el-Mandeb Strait on the other side of the Persian Gulf at the entrance to the Red Sea.

Now, by becoming further entrenched in Oman, Iran seeks to control both sides of the Strait of Hormuz. Oman and Iran already share direct control and maintenance of this strategic waterway, through which over 30 percent of the world’s seaborne oil exports pass. Yet at is narrowest point, all the navigable sea-lanes of the strait lie in Oman’s territorial waters, not Iran’s. By controlling the landmass at both sides of the strait, the freedom of navigation of the straits would be under Iran’s control.

However, it is not just the strait itself that Iran is concerned about. Its ambitions are far greater.

Following the withdrawal of the British from the Persian Gulf in 1971, the shah of Iran declared that Iran’s security concerns weren’t just contained in the gulf, but included the Indian Ocean. “Three years ago, our imagination did not go beyond the defense of the Persian Gulf,” the shah said. “But today [1972], not only are we compellingly paying attention to the Sea of Oman, and the Iranian coasts up to Gwadar, but also, our responsibility is totally modified; because the Sea of Oman is linked to other seas and oceans and there is no border on water.”

Shortly after the shah made that statement, Iran’s new outlook was tested as Oman’s western province of Dhofar experienced a rebellion intent on overthrowing the sultan. Before long, Iranian troops were in Oman defending the sultanate from China and Soviet-backed insurgents. After successfully beating back the insurgency on the sultan’s behalf, Iranian troops stayed in the country till the overthrow of the shah in 1979.

While the shah didn’t have the desire to lead a global Islamic empire like the current leadership in Tehran, Iran remains focused on waters outside the Strait of Hormuz, into the Sea of Oman and the Indian Ocean.

Iran’s imagination has once again been stirred, and it is making the most of Oman’s overtures to help fulfill its dreams.

Continue to watch as Iran and Oman draw closer at the expense of Oman’s relationship with Saudi Arabia. Given Oman’s history, it’s unlikely that it will become a completely willing ally of Iran. Nevertheless, Iran will use the economic relationship, and possibly even the large population of native Persians in Oman, to dominate the sultanate for its own purposes.