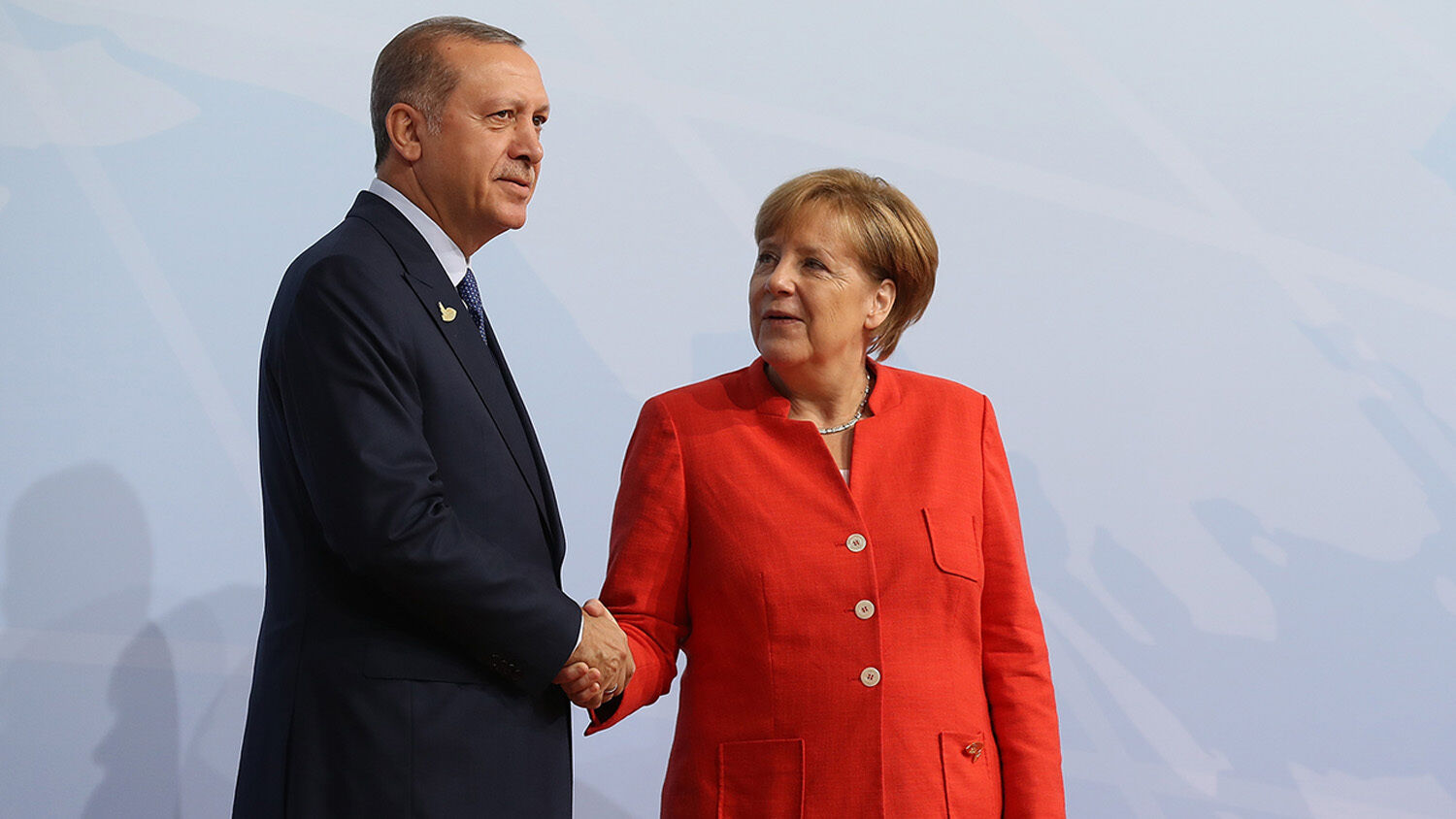 Recent events indicate that the two countries may improve their relations in 2018.

Turkey may be moving toward warming relations with Germany and the European Union in 2018, Deutsche Welle reported on January 1. Last month, Turkish President Recep Tayyip Erdoğan said that Turkey desires “good relations with the EU and EU countries.” Turkish Foreign Minister Mevlüt Çavuşoğlu said that Germany and Turkey are ready to “normalize relations.” These two countries may attempt a “quiet rapprochement” in the new year, according to Kristian Brakel, head of the Heinrich Böll Foundation in Istanbul.

Recently, relations between the two countries have been frosty at best. After the failed coup against the Turkish government in 2016, Turkey arrested several German nationals on the suspicion that they had assisted with the coup. Then in March 2017, tensions surrounding the Turkish constitutional referendum led Erdoğan to brand the actions of German Chancellor Angela Merkel as “Nazi measures.”

That summer, Germany issued travel warnings for its citizens traveling to Turkey. In response, Turkey issued a travel warning for Germany. Çavuşoğlu said, “Germany should understand this: If Germany moves one step towards us, Turkey will move two steps towards Germany.”

Germany pulled its troops out of the Incirlik Air Base in Turkey, and German protesters demonstrated against the arrest of German journalists in Turkey.

After several months of high tension, former German Chancellor Gerhard Schröder traveled to Turkey at the end of September on a semi-secret mission to meet with Erdoğan. In November, Erdoğan spoke with German President Frank-Walter Steinmeier and Chancellor Merkel over the phone to discuss an “improvement of relations.”

After those discussions, several German prisoners in Turkey were released. Deutsche Welle said that releasing the prisoners showed “a growing desire in Ankara to jump-start its frosty relations with Germany.”

Although it looks like Germany and Turkey are moving toward rebuilding their friendship, it won’t be an easy task. There is too much recent bad history between the two countries for them to suddenly become good friends again. However, recent events indicate that they are working toward that goal, albeit slowly.

Historically, Germany and Turkey have had an up-and-down relationship, but Germany is one of Turkey’s biggest partners in trade and military support. Although the relationship continues to have its ups and downs, the reality is that Turkey and Germany need each other. Turkey’s longtime goal is to become an EU member state, or at least to maintain good relations with the EU. It needs Germany’s support if it ever wants to achieve that goal. Germany needs its military bases in Turkey, which is a strategic geographic crossroads, in order to maintain its strong presence in the Middle East.

Bible prophecy indicates that Turkey and Germany will be allied with each other in the near future. In the October 2017 Trumpet, Richard Palmer wrote:

Modern-day Turks are the descendants of Esau, also known as Edom. For proof, read our article “East, West or Neither?”

Edom is at the top of the list of German allies in this prophecy.

Turkey is also singled out in the book of Obadiah for a major warning. Obadiah says that Turkey will be “as one of them”—as one of the European attackers on Israel. The Plain Truth magazine wrote that “Turkey, a Muslim nation, will not be an integral part of the religious-political union comprising the restored Roman Empire, but most probably will be linked with it by a military pact or alliance” (June-July 1980). …

In World War i, Turkey was the bridge for Germany, helping it reach out to other Muslim nations. As Turkey returns to Islam, could it play that role again? It is both geographically and religiously a nation that Germany can use to expand its power.

In a Key of David program from May 2012, Trumpet editor in chief Gerald Flurry said: “Turkey’s going to be allied with Germany, and Germany is driving a wedge between those two great countries, Turkey and Iran. … [Y]ou watch what happens with Turkey and Germany …” (emphasis added).

Watch for Turkey and Germany to bury their differences and build closer ties in the coming year. The path to reconciliation won’t be easy, but prophecy indicates that it will happen.

To learn more about Turkey’s near future, read Richard Palmer’s article “Pivotal Power” or listen to his Trumpet Daily Radio Show on the subject here.