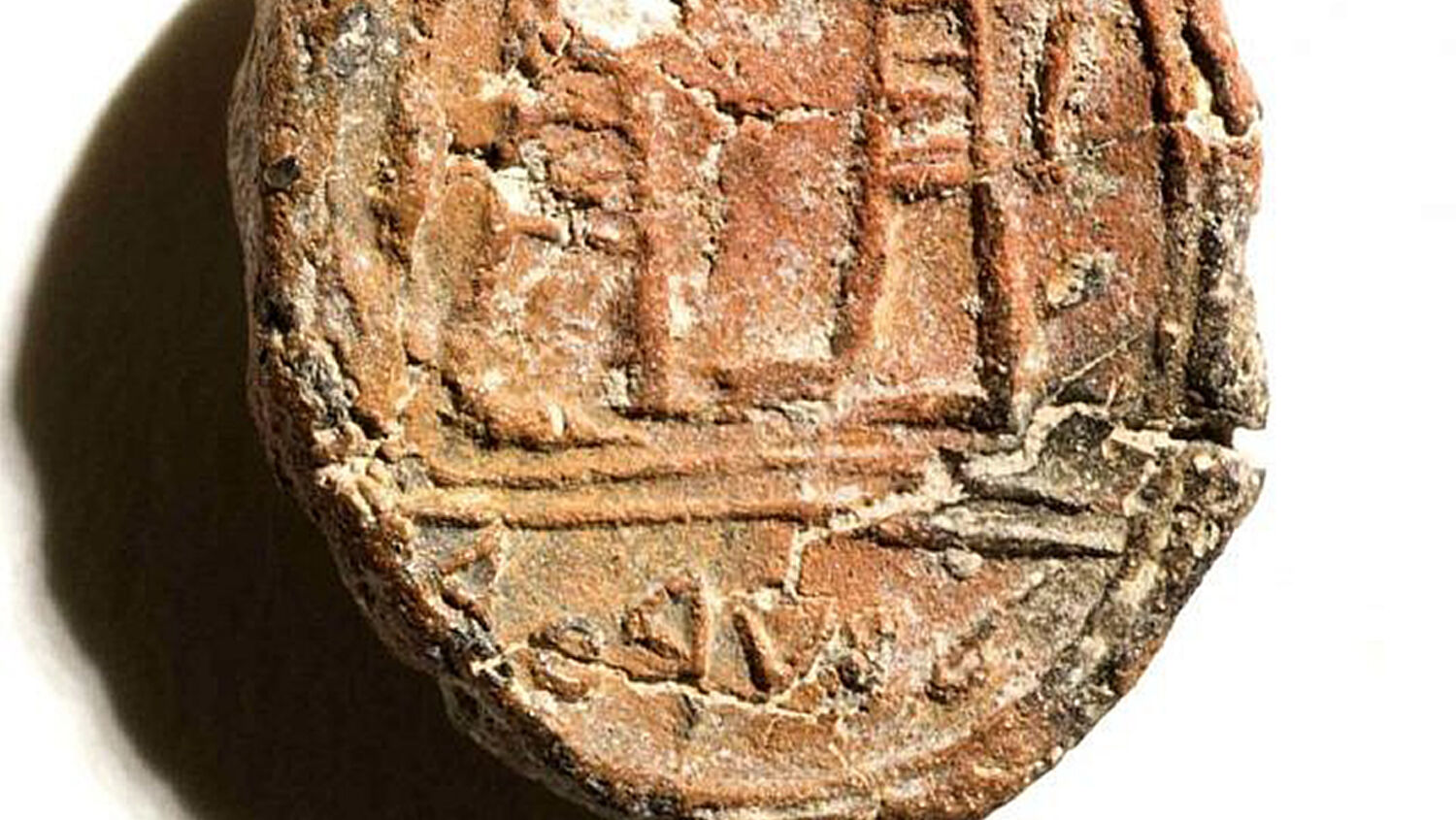 “Governor of the City” was an official biblical title within Judah’s ancient capital city, Jerusalem. During the days of King Hezekiah, that title was carried by Joshua (2 Kings 23:8), and during the rule of King Josiah, the role was held by Maaseiah (2 Chronicles 34:8).

Now, thousands of years later, that ancient rank has been brought to life through archaeology. In a recent ceremony, a tiny clay seal was presented to Jerusalem Mayor Nir Barkat by excavators who were working near the Western Wall complex. The clay object, which would have been used to seal an official document, dates to the eighth century b.c. It depicts two figures in striped clothing, with the words underneath: “Belonging to the Governor of the City.”

This is the first archaeological confirmation of the ancient biblical rank of city governor. Of course, there is no way of knowing which governor this official seal belonged to. The Bible clearly mentions two—Joshua and Maaseiah—and based on the dating, it may well have belonged to Joshua, governor during Hezekiah’s reign.

The seal was discovered at an excavation site approximately 100 meters northwest of the Western Wall of the Temple Mount. The seal comes alongside other significant discoveries, including a First Temple period house built in the classic early Israelite fashion (the “Four Room House”) and several other seals belonging to various individuals. The collective evidence shows a bustling area of business during the late First Temple period—and given the location and nature of the finds, this area may well have served as some kind of administrative center.

The site has been excavated on and off since 2005 under the direction of Dr. Shlomit Weksler-Bdolah. When the seal was presented to Mr. Barkat, he said: “It is very overwhelming to receive greetings from First Temple-period Jerusalem. This shows that already 2,700 years ago, Jerusalem, the capital of Israel, was a strong and central city.”

This clay seal joins several other significant seals discovered in professional excavations that have confirmed the biblical account. Jerusalem archaeologist Dr. Eilat Mazar has uncovered personal seals belonging to King Hezekiah and the biblical princes Jehucal and Gedaliah (Jeremiah 37:3 and 38:1; these were the archenemies of the Prophet Jeremiah). Students from the Trumpet’s affiliated institution, Herbert W. Armstrong College, assisted Dr. Mazar in those excavations and publishing efforts. To read more about these incredible discoveries, check out our related articles here and here. (Further excavations by these students and Trumpet employees are set to begin in the coming weeks.)

For more information on incredible existing (and forthcoming!) archaeological discoveries, stay tuned to our sister website Watch Jerusalem. And for a wider picture of the veracity of the Bible—to prove it for yourself—check out our free booklet The Proof of the Bible.