A trend that is reshaping the world order 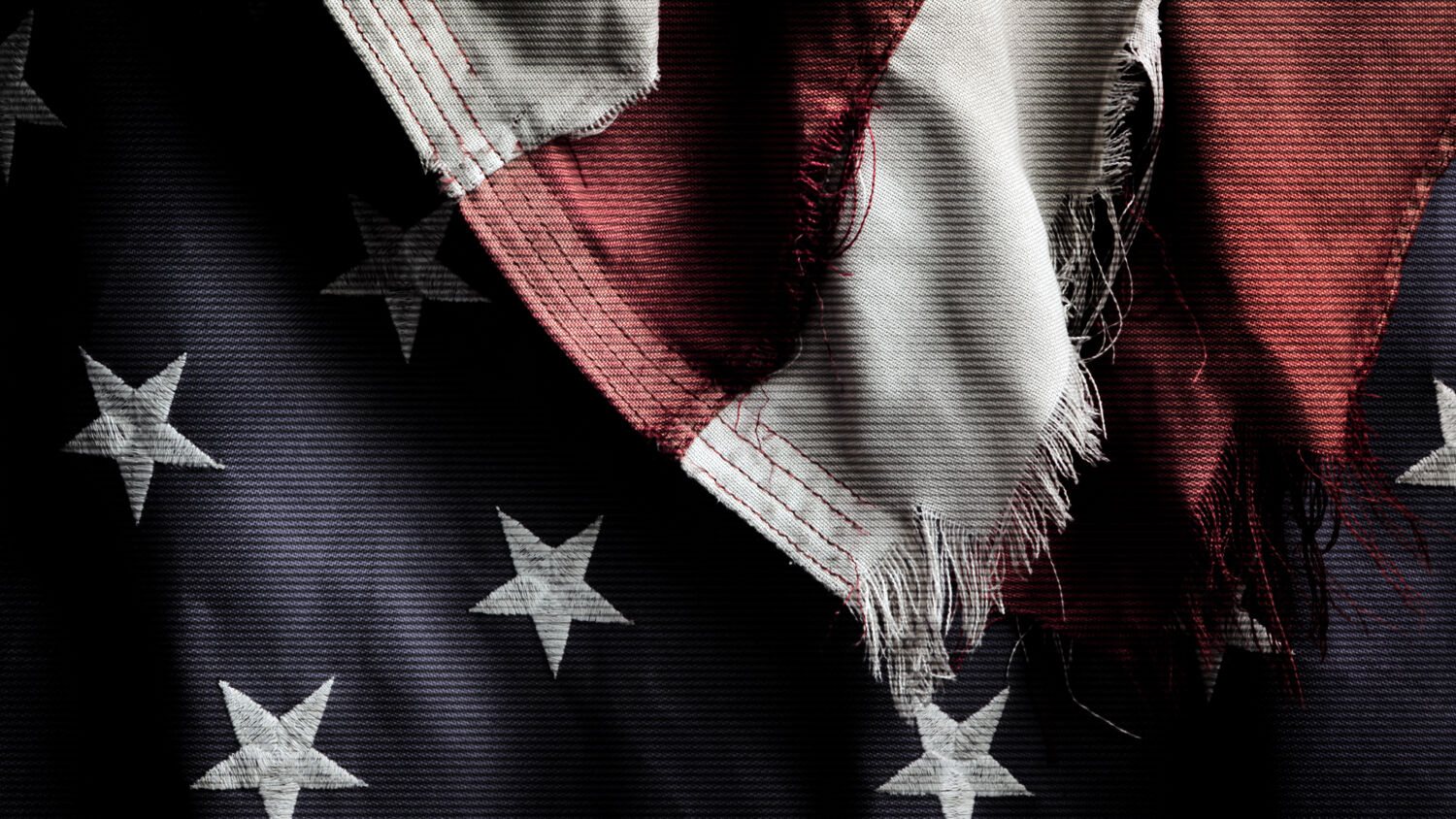 A trend that is reshaping the world order

For seven decades, the world has had relative peace and unprecedented prosperity. As recently as 2011, psychologist Steven Pinker actually argued that the better angels of our nature were finally turning us away from the nasty, brutish violence that has dominated human history. But the truth is that this long peace is primarily due to one factor: the United States of America. Historians call it the American Peace, or Pax Americana.

American assistance helped Britain and France win World War i. American might helped to save Europe from the Nazi menace and to save China, the Philippines and Southeast Asia from Imperial Japan. American aid and protection saved many of these same nations from Soviet enslavement during the Cold War.

During the 20th century, millions of people would have starved without U.S. projects like the Marshall Plan, the Point Four Program, the Alliance for Progress, and the Food for Peace Initiative. Democratic societies would never have spread around the world without Anglo-Saxon ideals of limited government, separation of powers, rule of law, freedom of religion, and free-market economics, underwritten by American economic, political and military might.

Unfashionable though they may be, the facts show that America (and Britain before it) did more good than harm to other nations. These English-speaking peoples have been a blessing to the world for the past 200 years.

But Britain has already faded from power. And now America is retreating from global leadership.

We are facing the end of Western dominance and a new era of competition between rising powers.

Burdened by public debt, domestic unrest and guilt over past mistakes, America is withdrawing from the world and focusing on internal problems. But if the United States no longer steps up to handle global crises, who will? Global leadership is now up for grabs.

We are facing the end of Western dominance and a new era of competition between rising powers.

A Lion Among the Nations

Newscasters and politicians often speak about the dangers of America retreating from global leadership. But they fail to recognize what the Bible says about this massive event. Even many Christian leaders ignore the fact that the Bible is full of prophecy, from Genesis to Revelation—and a great deal of it speaks of this modern trend.

One prophecy that carries special significance today is in Micah 5:7-14. This passage is about “the remnant of Jacob.” The patriarch Jacob was renamed Israel (Genesis 35:10). Micah says his descendants would receive great wealth and power from God, and would dominate every other nation. But unlike most other empires, they would use their wealth and power to save and improve the lives of people around the world.

Micah wrote these prophecies after the northern 10 tribes of Israel had already been conquered by Assyria, so he was not describing a period of ancient greatness under King David or King Solomon. He was describing a future time when Israel would achieve superpower status on the world scene. These scriptures describe the generation of Israel just before the Messiah comes.

This generation would possess great power. It would be like a lion among the nations, the king of the beasts. Thus, if you have proved that we are living in the last days, you can identify the descendants of the ancient Israelites simply by locating the global superpower. Which nations have been like lions defending the world from tyrants like Napoleon Bonaparte, Shaka Zulu, Kaiser Wilhelm, Adolf Hitler, Hideki Tōjō and Joseph Stalin? Which nations have been like showers upon the grass, spreading food, technology, free markets and free societies around the globe?

From the start of the 19th century until today, it has been the peoples of Australia, Britain, Canada, New Zealand and the U.S. who have fulfilled this role. The very existence of Pax Americana is proof that these nations are Israel.

The Bible records that God created human beings and gave them the opportunity to obey Him, but they chose to turn from His laws and rely on their own beliefs of right and wrong. Then, about 2,000 years after God created the first man and woman, He founded the nation of Israel. He gave these people His laws so they could be an example to all other nations. In Leviticus 26, God made a special covenant with the Israelites. He promised that if they obeyed Him, He would bless them with military victories and economic prosperity. And He promised that if they disobeyed, He would curse them with military defeats and financial ruin.

God’s promise to punish Israel for disobedience is reiterated in Micah 5. Here God explains how and why Israel’s time as world superpower will come to an abrupt end.

According to this prophecy, at the moment end-time Israel reaches the zenith of its power, God cuts off its armaments of war and throws down its strongholds. He breaks the pride of its power. Why? Because the people have turned away from Him to embrace “witchcraft” and “soothsayers.” This means the people look to false teachers who refuse to teach God’s commands. Instead, they promote lawlessness and moral relativism. They endorse sins like abortion, adultery, drug abuse, homosexuality, lying, Sabbath-breaking and sexual promiscuity. They indulge in shallow religions, false doctrines and even literal witchcraft.

Because of these sins, God is keeping His promise and stripping away the power He gave to the Americans. The same is true of the British. These nations have indisputably rejected the beliefs of the Bible, and they are also losing control of the world’s strategic trade routes, plunging further into debt and suffering serious domestic problems.

Who will fill it?

Time of the Gentiles

The greatest prophet of all time, Jesus Christ, told His disciples about the time when the world would be dominated by non-Israelite nations.

“And as he sat upon the mount of Olives, the disciples came unto him privately, saying, Tell us, when shall these things be? and what shall be the sign of thy coming, and of the end of the world?” (Matthew 24:3). Jesus did not correct these men and tell them that the world as we know it would never end. He answered their question, detailing specific events that would occur when the present civilization comes crashing down (Matthew 24; Mark 13; Luke 21).

Jesus said the people of “Jerusalem” would “fall by the edge of the sword, and shall be led away captive into all nations: and Jerusalem shall be trodden down of the Gentiles, until the times of the Gentiles be fulfilled” (Luke 21:24).

Who are the Gentiles? Most people think that all non-Jews are Gentiles. But the Jews are just one of the 12 tribes of Israel. There are 11 other tribes that are Israelite, and not Gentile.

The first book of the Bible lists the tribes of Israel, and prophesies their fate in “the last days” (Genesis 49:1). Genesis says that the descendants of Joseph’s son Manasseh would become a “great” nation and that the descendants of Joseph’s son Ephraim would become a “multitude of nations” (Genesis 48:19). This prophecy is one of the many proofs that Manasseh is the United States, the strongest nation in world history, and Ephraim is Great Britain, which governed a vast commonwealth of nations.

Jesus said that the “times of the Gentiles” would be a sign of the end time. This means that there had to be what you might call the “times of the Israelites” prior to that. This is the period referred to in Micah and other books of the Bible. Secular historians call it the Pax Britannica and Pax Americana.

Yet Micah said that Israel’s time as a “lion among the beasts of the forest” would abruptly end. And Jesus said the rise of Gentile nations would be a sign of the end of this world and of His Second Coming.

These non-Israelite nations spoken of by Jesus Christ will wreak unimaginable havoc on Earth, to the point where they would destroy all life on Earth if Jesus did not return to stop them.

Yet the seismic shift away from America and toward Gentile nations like China, Iran, Germany and Russia is actually good news. While America’s influence has been declining for decades, the Bible says that the “time of the Gentiles” will be very short. It will be ended by the return of Jesus Christ to set up the Kingdom of God.

“And there was given me a reed like unto a rod: and the angel stood, saying, Rise, and measure the temple of God, and the altar, and them that worship therein. But the court which is without the temple leave out, and measure it not; for it is given unto the Gentiles: and the holy city shall they tread under foot forty and two months” (Revelation 11:1-2).

Verse 2 reveals that the times of the Gentiles will last only 3½ years after the fall of Jerusalem. The only thing currently stopping Gentile nations from conquering Jerusalem is the alliance between America, Britain and the Jewish state. But soon these Israelite powers will be too weak to prevent a conflict over “the holy city” from igniting World War iii.

Bible prophecy also often uses Jerusalem, the capital of ancient Israel, to symbolize all the modern descendants of Israel. This means all the nations that descended from the ancient Israelites will be conquered and trodden underfoot by Gentile powers. But most especially, it means that America, Britain and the Jewish state will be taken away captive.

The patriarch Jacob placed his name on Ephraim and Manasseh, giving these tribes the birthright of Israel (Genesis 48:16). Israel, Ephraim and Judah will fall together in their iniquity (Hosea 5:5-7).

The Bible reveals that various Gentile nations will war against each other for global supremacy. These prophecies forecast that 10 dictators will arise in Europe, in the region once dominated by the Roman Empire. They will give their power over to an arch-dictator referred to as the “beast” in scriptures such as Revelation 17:12-13. This dictator of dictators will war against another Gentile power, known as the “king of the south.” Then this beastly authoritarian will conquer the Israelite nations (Daniel 11:40-44; Hosea 5:5).

But even then, this world war will not be over. Scriptures say that the beast power will attack a confederation of Asian strongmen known as the “kings of the east.” These Asian kings will gather an army of 200 million soldiers to assault Europe (Revelation 9:16; 16:12). This final battle between Europe and Asia will be so devastating that Jesus Christ will have to intervene to stop humanity from self-annihilation.

All these events are lining up perfectly to unfold in precise accordance with the Bible’s prophetic outline. This is why the Trumpet watches the geopolitical balance of power tipping away from America and toward the world’s Gentile powers. America and Britain are retreating into isolationism. This is the first step heralding the beginning of the end of mankind’s experiment in self-government.

Mankind must recognize the dreadful results our 6,000 years of self-rule have produced. The evil that permeates the world today must be removed for mankind to truly live the abundant life and for the godly way of life to cover the Earth. The horrors of the Great Tribulation will lead into the Pax Millennium—the 1,000-year rule of Jesus Christ. This will be the greatest time of peace and prosperity that has ever been. Until then, the warning must go out. This hope-filled message culminates in the establishment of God’s soon-coming Kingdom!