There shouldn’t be anything controversial about saying Jerusalem is the capital of Israel. 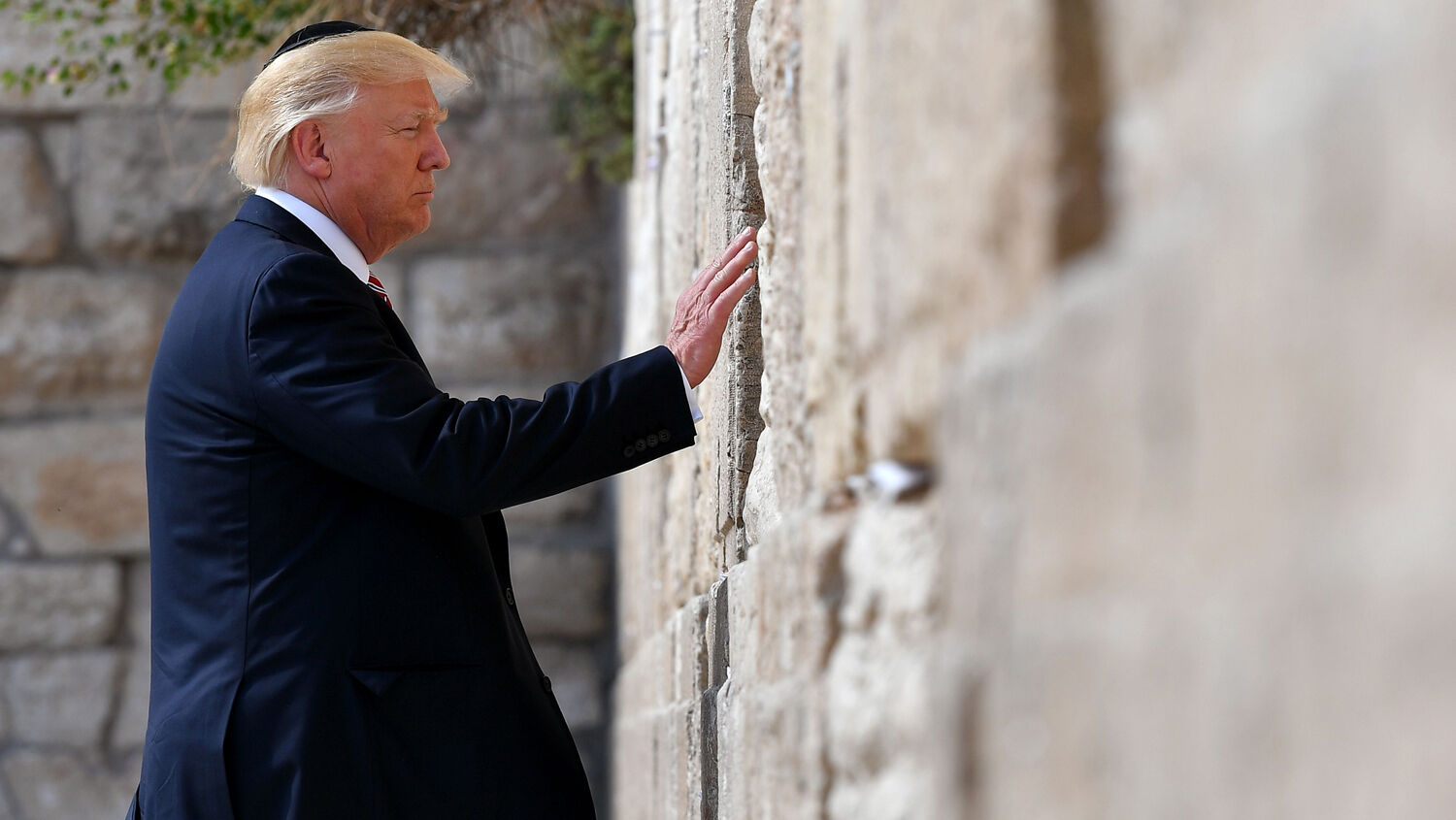 US President Donald Trump visits the Western Wall, the holiest site where Jews can pray, in Jerusalems Old City on May 22, 2017.
MANDEL NGAN/AFP/Getty Images

There shouldn’t be anything controversial about saying Jerusalem is the capital of Israel.

When U.S. President Donald Trump officially recognized Jerusalem as Israel’s capital and pledged to move the American Embassy to Jerusalem, the announcement plunged the civilized world into mass hysteria. Pundits called it the “kiss of death” for peace between Israel and the Palestinians and said it would plunge the world into “a fire with no end.”

In fact, the truth at the heart of this announcement is entirely unremarkable. It was a simple formal recognition of a demonstrable truth, a truth that rational human beings the world over have accepted for 4,000 years. Since the time of Abraham, humanity has recognized Jerusalem as the capital of the Jews’ homeland and a city that is inextricably connected to Judaism and the Jewish identity.

Granted, many of these people did not particularly like this reality, and there were periods when foreign powers (such as the Babylonians, Romans and Turks) managed to temporarily wrest control of the city from the Jews. But whether they liked it or not, humanity for four millennia has at least recognized the Jews’ historic attachment to Jerusalem.

The Old Testament (and Jewish historians) plainly reveal that Abraham was the great-grandfather of Judah, the son of Jacob from whom the Jewish people descended. Abraham was born in Chaldea and spent time in Egypt, but his homeland was the land of Canaan. Genesis 13 shows that following his short stint in Egypt, Abraham established his family home “between Bethel and Hai” (verse 3), only 10 miles or so from Jerusalem.

Abraham visited Jerusalem often. Genesis 14 talks about Abraham visiting there and dining with the “king of Salem.” Abraham even paid tithes to Jerusalem’s king. A study into Abraham’s life shows that his behavior, lifestyle and ambitions—his entire identity—was shaped by Jerusalem, by his relationship with the high priest and king in Jerusalem, and by his hope in the prophecies about Jerusalem.

Abraham passed this affection for Jerusalem on to his offspring, especially his son Isaac, grandson Jacob and his family. Between about 2000 b.c. and 1750 b.c., Abraham and his extended family populated a vast amount of territory in the land of Canaan, including a lot of land east of the Dead Sea (in modern-day Jordan). At the center of Abraham’s realm was Jerusalem.

Abraham’s descendants (the Israelites) were captives in Egypt between the mid-18th century and the mid-15th century b.c. But upon their release, they returned to Canaan, and by the beginning of the 14th century b.c., had once again settled the land, inhabiting territory that extended from Egypt in the south to Dan (near modern-day Damascus) to the north; and from the Mediterranean Sea in the west to the land of Edom, Moab and Ammon east of the Jordan River and Dead Sea. We know too that the tribe of Judah (Jews) inhabited a large section of land in the south—land that included the city of Jerusalem (which they shared with the Jebusites). You can read this history in Joshua 15.

In the mid-11th century b.c., King David, a warrior from the tribe of Judah, consolidated Israel’s power and transformed the nation into a regional power. Like his forefather Abraham, King David’s life orbited around Jerusalem. The Jewish king augmented Jerusalem as Israel’s capital, fortifying it as the seat of Israel’s political, cultural and religious identity.

King David was succeeded by his son Solomon. Under Solomon, Israel became a world empire with two navies, tin and copper mines in Arabia, and a trade network reaching into Africa and Asia (1 Kings 10). But of all King Solomon’s incredible accomplishments, his crowning achievement was the work he did developing Jerusalem, all of which revolved around the construction of the first temple.

After Solomon’s death, Israel split into two nations. The nation of Judah (comprised of the tribes of Judah and Benjamin) remained in the south and continued to revolve around the temple in Jerusalem. Jerusalem remained the political nucleus of the Jewish people till the early sixth century b.c. In 585 b.c., the city was destroyed and the remaining Jews were taken captive to Babylon. But the Jews’ disappearance from Jerusalem was short-lived. Seventy years later, Persia’s King Cyrus—recognizing the Jews’ abiding attachment to Jerusalem—allowed a contingent to return and rebuild the city. The Jewish population grew, and over the next five centuries, Jerusalem was inhabited mainly by Jews (though it was visited, sometimes with painful consequences, by attackers from both the north and south).

The Jews lost significant control over Jerusalem when the Romans conquered the region in the first century b.c. But even though they didn’t control Jerusalem, the Jews maintained a large presence in the city throughout Roman rule, right up until Jerusalem’s destruction in a.d. 70. The Jews did not regain control over the city after the Roman conquest—over the next 1,600 years the city was controlled by Muslims, Catholics, Ottomans and the British—but they did maintain an uninterrupted presence there and in the wider region until they regained control in the 20th century.

This history is undeniable. Jerusalem has been central to Judaism and the Jewish identity for 4,000 years. No other people on Earth are as inextricably attached to a city or region as the Jews are to Jerusalem.

Yes, this truth is contentious and, for some, inconvenient. But it’s still the truth: Jerusalem has been the Jewish capital, literally and figuratively, since the time of Abraham.